Dal Shabet Returns with "Be Ambitious" 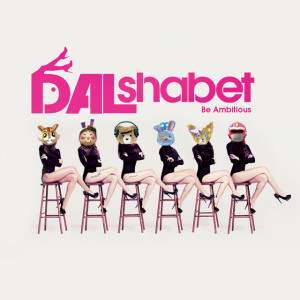 With the recent inundation of groups in the past couple of years, staying relevant in the K-pop industry is becoming increasingly more difficult, especially for those not from one of the major entertainment companies. The key for most groups is to carve out their own niche by creating a distinct identity for themselves.

Dal Shabet has done exactly that with their cute but wacky image combined with a retro dance-pop sound that has become characteristic to them. The girls have stepped out of that this time around though with a sexier concept for their newest mini-album Be Ambitious.

Considering the controversy surrounding the lyrics of their single of the same name, they’ve certainly made a change. Just two days before the release of the album, news came out that the supposed sexual content made it unfit for public broadcast. While the company complied and changed the lyrics immediately, one can’t help but wonder what the original was, especially coming from a group as cute as Dal Shabet.

Despite the change in image, the album itself doesn’t sound too different from what we’ve heard of them in the past, which will please Darlings and casual fans alike. The only difference is their typical disco influences are considerably subdued — if even there at all — throughout this album.

From the beginning though, you can’t tell. The intro track “Dalshabet Girls” plays off that sound with the vocals and synth, but with a bright electric guitar. It has the same summer-y vibe that everyone is following right now and segues from their previous retro sound as in their last single “Have, Have Not” into this summer sound.

And the season seems to be the perfect excuse for their single “Be Ambitious (Look at My Legs)” and its suggestive nature as it is about a girl who wants her boyfriend to make a move. All he does is hold her hand so she shows off her legs to tempt him in the hopes that she doesn’t have to make the first move. The music video really plays off this with shots of the girls’ legs, the choreography, and even the styling. 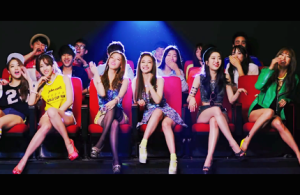 Besides the suggestive nature of the lyrics and the sexy concept though, the song itself is actually rather lackluster at first listen. Dal Shabet has always stuck to simple but effective dance-pop, but the verses of “Be Ambitious” are almost too simple. It isn’t until the chorus that the track really kicks into gear with a faster, more upbeat sound. Toward the end, it pulls together better, layering and becoming more intricate, but it took several listens for the song to pull me in.

The girls go into full summer mode with “Summer Break,” a song about just enjoying the season and all it has to offer. It’s a beachy pop song with a fun synth line but follows the same simplicity of the single but more on the bland side. Perhaps with repeated plays it will grow on me, but it falls flat.

“Hey Mr. Chu” though, soars from the start. It starts with just a synth then fills out and goes into full pop mode, making for a catchy track upbeat track that encompasses the essence of summer love. The final bridge with ad libs could have been amped up some more with a longer musical break, but it still makes for a great highlight on the album.

Starting with a clicking sound, “Let It Go” caught my attention from the first second. The song uses a wide range of instruments and sound effects in it, making for an interesting listen even if it doesn’t suit your fancy. It’s similarly paced as “Hey Mr. Chu,” making for a flattening effect with its position. On its own though, the song is a fun pop song with great stops in it. It has a definite dance feel to it though I do wish it was a little bit faster to make better use of the breaks in it.

We finish out the upbeat album surprisingly on a sad note with “How.” The ballad with lyrics written by member Woohee follows a couple as their relationship slowly crumbles. The song features a bittersweet piano and slow beat with a touch of synth. Alongside breaks of narration with model Ahn Jae-hyun as the male perspective, the track has a story, giving it wonderful resonance beyond the music.

The song itself is a nice change of pace, and it shows that the girls of Dal Shabet can do more than just sing cutesy pop. They are actually quite talented, and I’d love to hear more ballads from them. But since it’s summer, no one wants to be sad so they are limited to one on this album. At least, it’s a spectacular one.

With Be Ambitious, Dal Shabet has made progress in gradually changing their sound, not that their characteristic retro style is bad. In fact, they do that well, but it’s easy to get stagnant and stuck in the same style. This subtle shift shows growth, something always good to hear from a rookie group.

The difficulty is that they come across as unusually plain without the funk influences to fill their music out. But this is also one of their first complete steps out of the genre. They just need to finetune it and give listeners a little bit more, especially if they want to expand their audience and solidify their position in the market.