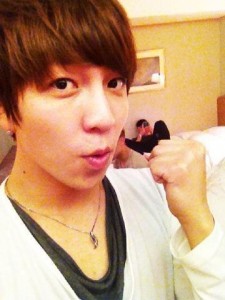 Welcome to the first Roundtable for 2013, everyone!

One of the mainstays of pop music is its repetition of words and phrases to use as hooks. The response to these phrases, may vary, but once a phrase catches on, there is almost no stopping it, becoming a common catchphrase amongst fans and even achieving meme status. Sometimes, a word or two uttered by a Hallyu star can take the same path, spreading through the fandom like wildfire and eventually becoming part of K-pop jargon. Considering the vast number of terms like this, what are some of your favourite Hallyu-related words and phrases?

Gaya: I’m going to start off with the ever-popular “fighting!” I first noticed it in a K-drama (Protect The Boss!), and it took me a couple of seconds to realise that the protagonist was not saying it in a threatening manner; you can’t blame me, though, the character’s introduction saw her bashing kids up when she was in school! But it’s more like a call of support and encouragement. I always think of “fighting!” as a rather cutesy phrase, especially when paired with that aegyo fist-pump, but it can be used in a variety of ways by a lot of people — though it does feel like a phrase younger people would use (as is usually the case with slang). 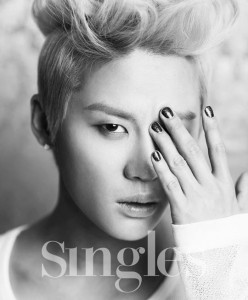 Nabeela: Way back in the day when I watched Super Junior Full House, the boys got an English lesson and all Eunhyuk was good for was his “nice weather!” It was absolutely adorable and he always responded to that phrase when fans called out to him. The only other one I can think of is JYJ Junsu‘s “OMG SUN” that he said in AADBSK, I believe in Czech or Saipan or something like that. It was so stupid and hilarious at the moment–he cried it out when arguing about a badminton match he just lost and everyone knew it was such a blonde moment. I’ve actually said the multiple times on my own, sometimes on purpose and sometimes not!

Cynthia: My favorite Hallyu-related term has got to be “nugu”. The way “nuguseyo” has been shortened/adapted to the K-pop world is so amusing to me because it’s provided a completely different way to talk about idols. Even though it mainly refers to rookies, its connotation of irrelevancy makes it a great word to use for descriptions of/sly digs at anyone no matter how popular they are. My friends and I throw it around all the time when referring to idols we don’t really care about or who’ve done something we’re not impressed with, which has actually led to some hilarious “oh no you didn’t!” moments between us. 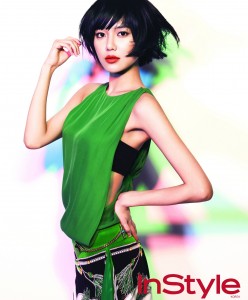 I also love how easy it is to insert in phrases – my friend tweeted “nugu updates” about bands she didn’t know during the Gayos, and I’ve seen Seoulbeats write articles on “nugu-spotting” and the “nugu conundrum,” and fans refer to idols entering/leaving “nugudom”. And I am not going to lie, I love inserting in the word “nugu” in band names when I can – for example, I felt so proud of coming up with “So Nugu Shi Dae” (sorry SONEs!) when comparing SNSD to Won Bin in a conversation I had about the Won Bin/Sooyoung rumors.

Sophia: I have developed the most ridiculous love-hate relationship with K-pop’s use of the term “comeback.” The singularity of its use within K-pop struck me early on and has proved a stumbling block in nearly all my attempted K-pop conversions conversations ever since. Seriously, try explaining the mechanics of SNSD’s latest comeback and its implication for K-pop’s international aspirations without assuring your conversational partner that no, they didn’t all shave their heads and start beating up a car with umbrellas. The truth of the matter, that they have simply released some new material, seems almost dull in comparison (shout out to B.A.P whose killer schedule has helped me illustrate my point a number of times now).

The irony of K-pop adopting a term which presupposes some kind of scandal has never ceased to bemuse me, especially when there are so many other perfectly sensible and widely used terms out there. To this day I’ve yet to hear comeback used as a non-perjorative noun in any context other than K-pop. Fitting perhaps, given that it seems to sum up K-pop’s earnest yet haphazard approach to international legitimacy. 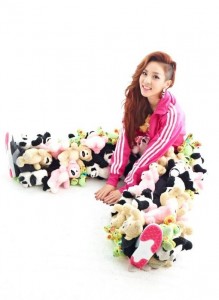 Nicholas: Two words that I commonly use these days are “gaja” and “ppali”. Maybe it’s the fast paced lifestyle I have, but these words have become very nicely catchphrases for getting me (or my friends) to move that bit faster in the day to get things done. In some ways, what makes these phrases (and the ones mentioned) above very cool for English speakers is because they seem to say so much (both in meaning and in essence) in that one word and are really catchy.

Another phrase I use way too often after getting into K-pop (or maybe pop culture) in general is the term “hot mess”. When the foundations are all good, but it all ends up being so terrible on most objective levels, and yet it is strangely cool and you still got that urge to keep on watching anyway. Think along the lines of SBS Year-end Gayos, pretty but mercurial singers who cannot hold a pitch and concepts involving bad photos.

Ambika: The first words that came to mind both have to do with Shinhwa. I remember how the members were talking on Shinhwa Broadcast about how Shin Hye-sung created the phrase “kkam-nol” as shortened way to say “incredibly surprised.” It caught on to the point where some users, like SHINee‘s Jonghyun, had no clue that Shin Hye-sung was the one who started it until earlier this year.

The second is the phrase “daebak sageon” for “amazing incident” or “what a situation,” etc. Admittedly, I first heard the phrase when B.A.P came out with a song with that title. It wasn’t until I was catching up on Shinhwa Broadcast that I learned Min-woo was attempting to turn that phrase into a trend. I’m not sure which came first. 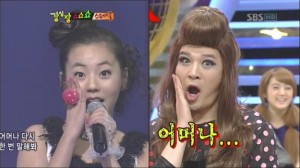 Jasper: The first thing that came to mind was Sohee‘s notorious “Omona!” from the Wonder Girls‘ “Tell Me” days. While it’s been a very long time since the famous song came out almost six years ago in 2007, the image has become such an icon to not only the Wonder Girls but to K-pop in general that it’s still pretty renowned and mercilessly parodied to this day.

The second thing that came to mind were Gary and Haha‘s attempts at popularizing the next trending catch phrases in Running Man. From their hilarious “seumdwa” — a supposed substitute for “sumnida” that instead grew to be a meaningless chant and inside joke between the members — to Gary’s adorable “stress!” exclamation, I found those catch phrases to be the most amusing and the ones I catch myself using in real life.

Johnelle: “Fighting!” has had more enough time in the limelight and am quite over it already. It took me a while to figure out what the whole “Roll Like A Buffalo Thing” was, but that has definitely lived its life, too and am pretty sure I’m missing out on whatever new phrase their fans are into nowadays. Hmm, what about like the whole “grease” thing, like “Nam grease” when talking about Woohyun‘s endless fan service?