Get to Know Your Groups with Weekly Idol 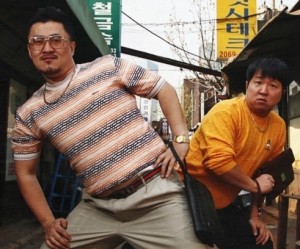 Idols aren’t limited to music show promotions. Indeed, it’s difficult for idols to initially gain popularity solely based on music prowess. Variety is a big way for idols to gain recognition for themselves and their group, working their way up through outlandish reactions and witty remarks. But a show that’s easier to use to work upwards is MBC Every1‘s Weekly Idol. Emcees are Jung Hyung-don and Defconn (Yoo Dae-joon), and laughs abound.

The show has two purposes. The first is to introduce an idol group, eventually verifying their talents and getting them to open up. The second is to provide rankings for various characteristics based on votes by the idols themselves. You’ve probably seen a group you like on the show; though it seemed to only have rookies near the beginning, it’s grown to have more prominent groups like BEAST, Infinite, and SHINee on the show. For some groups, appearing on the show is a regular part of their promotions: B1A4 has appeared three times, once for each promoted song this year.

The show’s strengths lie in the comfortable setting of the show and ease with which the MCs communicate with the idols. The goals of the activities aim for laughs and verification of those talents we always hear some idols can do. Two of the more prominent activities are the ‘Random Play Dance’ and the profile verification. The first is where the staff plays any song that the group has ever promoted, starting it at a random point. The song can change at any moment to another part of the same song or another song. The group’s job is to get into position and dance the proper choreography for each song and part that plays. If a group has industry seniors in the same company, particularly if it’s a male rookie group with female seniors, they might even get to hear that female group’s song play. 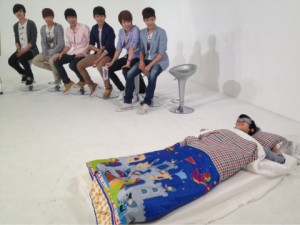 It’s a great opportunity to see which groups keep their tight choreography even if they aren’t promoting it and to get some laughs over the members that slightly fall short or watch the members look a bit lost at that song that was released five years ago (ahem, Super Junior and “Don’t Don”).

The second activity sits the members down with their profile, verifying talents like being able to sleep instantly, the swelling of lips after sleeping, and the ability to hold water with collarbones–Infinite‘s Dongwoo, Teen Top‘s Niel, and B.A.P‘s Bang Yong-guk, respectively. If the hosts have a talent on a member’s profile card, then that member better be prepared to justify it live, because that staff will have the necessary preparations ready. Even heights aren’t excluded from verification or play, though checking them is voluntary on the idol’s part: f(x)‘s Luna asked to be measured to prove she was at least 160 cm tall, and Yoo Dae-joon complied, measuring from the bottom of her foot (above her heels) to her head, verifying she was taller than proposed height.

After these first two activities, there are generally bizarre physical activities to engage in that usually play on the hosts’ lack of physical fitness, activities that naturally create slapstick comedy for enjoyment. However the episode ends, it’s usually with warmth and fun, with all members involved looking like they thoroughly enjoyed themselves. The focus is always on the groups: their personalities, talents, and interactions within members. The show itself is only a half hour long, with the occasional group having more than one episode. It’s one of the few variety shows that I look to watch even if a group I don’t know is on it, simply because even if I’m not moved to find out more about the group I see, I’ll at least have a good time watching. 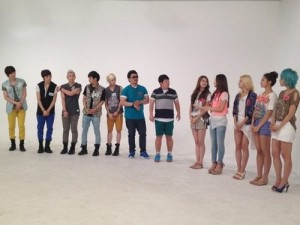 There have been occasional special episodes. NU’EST has guested on episodes with both After School and Hello Venus, their Pledis labelmates. Infinite’s Sunggyu and Hoya hosted alongside the normal MCs when Woollim‘s duo Tasty was on the show. The two were present after helping to create a exceptionally enjoyable show when Infinite appeared earlier in the year. On a recent episode, 4minute‘s Sohyun joins Infinite’s Sunggyu and BTOB‘s Ilhoon, the latter two making an interesting and funny pair. Ilhoon’s appearance is most likely in part due to his role as the originator of the cute counting method as well as his wit on BTOB’s episode.

Another aspect of the show, as mentioned, is to go through lists of idols ranked by idols for certain characteristics like being the more artistic or most athletic. We normally see polls as being fan driven, so it’s different and interesting to see what idols think of one another. Of course the responses are guarded and there’s no guarantee that the answers aren’t driven by other motives–just think of B.A.P’s single-minded support for labelmate Secret–but it is a tiny peek into how idols see themselves and their members among others.

The target of each of these episodes is primarily the fanbase for the group appearing: this show provides a feast of information, some old but some usually new. But for those who don’t know the group, it’s a half hour introduction that gleans more personality than any interview.

Have any of you been catching episodes of Weekly Idol? My favorite episodes are the two with SHINee earlier this year. Do you have any in particular that you like?