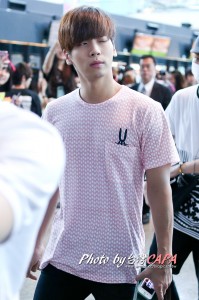 No, not in the literal “fighting” sense, but the frenzy that ensues when idols travel out of Korea and into the lands we inhabit. Barely few weeks go by without news of an idol group going overseas and getting mobbed by fans. While most of these tend to be just shows of how popular Korean pop culture is overseas, there are times when these incidents get out of hand.

From idols being involved in car accidents to being chased by fan chartered vans, to managers losing their cool and punching fans, and also to fans bearing the brunt of poor crowd control, these are situations in which everyone gets affected. The latest one, which happened in Singapore and involving Nu’est, featured police reports, angry managers allegedly getting physical with fans as well as group members being called in for police questioning.

However, rather than blaming the fiasco on a single party (which has happened plenty times), it’s worth looking at the different people involved, and understanding what parts they play when events go wrong.

As much as we’d like to blame managers for getting angry and physical at the sight of an errant camera or over-reacting fan, there are times when their behaviour can be explained. For one, while they may know the ins and outs of their protégés’ food requirements or travel schedules, a lesson on the finer points in coping with crowds may be required. A little enlightenment on how violence never settles problems could be thrown in too.

It’s also hard to blame managers at times for stepping in, considering how external measures for crowd control can fail, leaving them to their own devices. Add to that various time constraints, and the need to protect their idol/s from unintended harm by fans, it isn’t unreasonable for any frazzled manager to snap at a fan.

While there are instances where managers are clearly at fault — such as the incident where an SM Manager hit a fan in the face after she tried calling out to EXO-M’s Kris — it isn’t fair for them to completely shoulder the blame.

Ah yes, fans. Undoubtedly, any bystander could/would easily see that fans are the major cause of ruckuses, frenzies, or even assaults. After all, it is on the fans’ parts a conscious choice to be a part of the chase, besides showing their support at fan events, showcases or concerts. Simply, if the fans don’t tail their idols, perhaps then chances of such (violent) brushes could be avoided.

A lot of these choices and actions can be attributed to rationality. When push comes to shove, things go overboard. Bringing in the old “actions speak louder than words”, depending on circumstance, sound judgement can still fail us. Who can honestly say they’d behave genially when put in any rough situation? 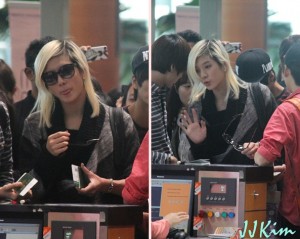 More often than not, observers are going to have a far easier time passing judgements on causes and effects, than the actual fan who’s part of the melee. I for one am one of these many onlookers, and critically speaking, I wouldn’t condone my own reactions, but these emotions are within reason.

Picture this: majority of your K-pop-endorsing moments are conducted through distance and over a computer monitor or a mobile phone screen. When opportunity knocks aka an idol (bias) makes a rare visit to your country, the natural surge to be in (direct) contact with him/her surfaces. Be it attendance at an event, a photo together or even a face-to-face meet, you can literally lose it — *OMG, we’re breathing the same air*.

This isn’t helped very much by the common lines idols trot out, which is how they aim to make themselves accessible to fans, as well as how idol companies promote their underlings. In the Nu’est case, Singapore fans were promised exclusivity, the ability to shadow the group throughout their arrival and departure from the airport. In such cases, it’s not hard to imagine fans taking advantage and trying to get as much out of it as they can.

Riding on the lack of rationale and self control from fans, it’s easy to hold them accountable for chaos and unhappiness. But the aforementioned tells you that many unprecedented factors can come into play, and these are largely out of the control of fans and managers.

A commonly overlooked point would have to be logistics and mismanagement. As much as fans and managers get slammed, poor decision-making and lack of security offered by organising companies can also be detrimental.

Not bothering with using VIP entry and exit areas in airports on the grounds that the acts brought in are not huge draws? Well, if they were worth bringing in for local fans, then surely they’d have to account for the following they’re catering to. 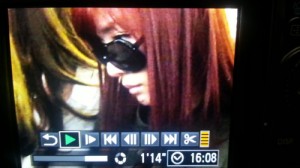 Other particularly irrational decisions also include an inability to guard artistes’ itineraries, leaving them as free spaces for fans to occupy and guard, in turn forming them into unofficial holding areas. Guiding idols through such obviously choked up spaces with little to no security only allows for messy encounters to take place.

Put it all together and incidents such as SNSD‘s Macau mishap can happen. Due to inadequate security, on top of an insistence to have the girls take a very public ferry (instead of alternative charters), fans were able to push their way through. This resulted in reports of fans forcing their way to catch glimpses of the girls and in the process of this, Tiffany was accidentally hit in the face by a fan.

Given that a sizable amount of money would’ve been spent on production and bringing the acts in, surely there could be a little more effort put into beefing up security to help control hormonally charged fans, and making sure managers avoid settling matters in undiplomatic (and violent) ways.

While it is often all too easy to read a few fan accounts or news reports and then jump to conclusions, it is worth noting that incidents happen due to a variety of factors, and many things can go wrong simultaneously.

Another thing that could be observed is, despite the number of reported incidents, idols and overseas travels still continue on as per normal. After all, in many ways, fans are the lifeblood of artistes, whether it is through buying an album or attending a local concert. In the same vein, calling off all overseas promotional visits due to such brushes would probably be over-doing it; they’d then have to contend with lost revenue and hordes of angry fans.

A personal afterthought would be the consideration of individual events leading up to problems, followed by having a clearer perspective and then (for agencies and organisers) trying to work from there. After all, given the popularity and importance of overseas activities and exposure, it would be a right shame to leave such problems to fester when extra attention can smoothen out the process for fans as well as idols.