After a leak, Cube Entertainment decided to release 4minute’s Hyuna‘s second mini-album. Many fans were disappointed with the announcement earlier in the year 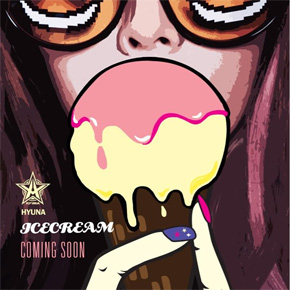 that Hyuna would be getting yet another solo release, especially after a sub-unit of 4minute vocalists’ Gayoon and Jiyoon, had been rumoured to finally come into fruition. But with Hyuna’s ongoing success with her solo projects, it’s no surprise that Cube is eager to have Hyuna release another mini. With the huge success of “Bubble Pop” and “Troublemaker,” it seems that everywhere Hyuna goes, money follows.

This was clearly evident with “Gangnam Style” and what seemed like a benign cameo at first became an extremely well-done business decision. Although “Gangnam Style’s” monster success was all Psy’s doing, the mere association Hyuna has with the song through the MV and her own cover, that instantly got more views once “Gangnam Style” went viral, has only increased her value for Cube tenfold.

So it’s only logical that Cube isn’t hesitating to push Hyuna to the forefront, hot off the heels of “Gangnam Style,” even at the cost of the relevance of members of 4minute. I wish companies wouldn’t be so eager to consolidate their efforts upon on a single member after a sliver of interest for them from the mainstream, especially when it could be the attention that bring to that one member that bolsters their popularity in the first place. Whether or not the other members of 4minute would become more popular Cube gave them the exact amount of attention as Hyuna is debatable, especially with the lack of marketable talent coming from Sohyun and Jihyun, but like any business, Cube will be more willing to take the easier route to get the most amount of money as fast as possible. 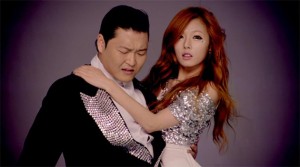 Back to Hyuna, I, for one, have never really enjoyed her solo efforts. I didn’t like “Change” nor “Bubble Pop,” and wasn’t that into “Troublemaker” until I saw video of Infinite‘s Sungjong and Sungyeol performing it during their first solo concert. Although I have always had a problem with how Cube had been promoting Hyuna, always being promoted as the sexy member even at such a young age. But now that she’s old enough, I have no qualms with the image she’s portraying as of late. In a market where objectification is its bread and butter, why is there a need to chastise Cube and Hyuna for taking advantage of it, especially now when she’s an adult? For me, all that I’m really criticizing Hyuna and Cube for is the odd singing and rapping style that she’s been pushing as of “Bubble Pop” and “Oppa Is My Style,” which was cute and high-pitched to the point of being extremely aggravating. Hyuna is much easier on the ears when she’s singing in lower registers, and the teasers for her mini-album didn’t make me hopeful that will happen.

Melting opens with “Don’t Fall Apart,” which was revealed to represent Hyuna’s sentiments about her third solo effort. It begins with siren noises and leans with a drum line that sets the pace of the song as it progresses. I like how Hyuna ad-libs throught out the song, sounding coy but still holding on to the beat of the song. It’s a nice opening track with the ominous feel the sirens and drum line brings to the song and that Hyuna’s rapping, or fast talking, actually has flow and a detectable rhythm. It’s a catchy, although not extremely memorable, but enjoyable.

The title track of Melting, “Ice Cream” features Maboos of hip hop group Electroboyz, and I’m very conflicted about it. Most of Hyuna’s rapping is extremely annoying, but much of her singing is impressive and surprisingly strong. I think I might have enjoyed the song a lot more if she had avoided rapping completely and stuck to singing. But I can’t help but the chorus stuck in my head. It’s a guilty pleasure song, and the theme of the song got me thinking another song involving dairy products. I actually like this song much better than “Bubble Pop,” which was also light and catchy but wasn’t as earwormy as “Ice Cream.”I wonder how the stage will stage out, hopefully with a lot of pastels and ice cream imagery. The only thing that I dislike about the song other than the rapping, is the use of English, which the bulk of the rapping has gems like

I spent most of the time thinking she was saying swing instead of swag. And let’s not forget

Following “Ice Cream” is “Unripe Apple,” featuring BTOB’s Ilhoon, and is gaining a lot of good reception, for valid reason. Hyuna’s voice has improved leaps and bounds since her last solo effort, primarily because she is singing in her lower register, which suits her much better than the obnoxiously high-pitched squeaking Cube had do for a while with “Bubble Pop” and “Oppa Is My Style.” But her vocal control is surprisingly good and makes me hope Cube will give a lot more singing lines in 4minute’s future songs, since I think Jiyoon is the better rapper of the group, and the song has a really fresh and funky feel to it and is really catchy. Ilhoon’s rapping was decent, but I preferred listening Hyuna sing and not have the fun beats halted for the needless break.

“To My Boyfriend” is the sole ballad on the track, and it is one of my favourite songs on the mini-album. If someone were tell me that I would like a ballad done by Hyuna earlier this year, I would have laughed in their face. But this song is very well-done, mainly because of Hyuna’s smooth vocals and the R&B elements of the song. I honestly didn’t think Hyuna was singing this song and it is testament to how much Hyuna has improved in the vocal department, despite being wrongfully placed in the rapper category for so long. I think if most companies weren’t so quick to market Hyuna as the sexy member, Hyuna would have been improved a lot more quickly and her talent 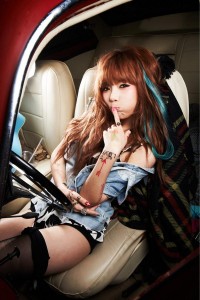 would have been known a lot faster. Better later than never, I guess.

The last song is “Very Hot,” which has been banned by both KBS and MBC, for, wait for it, name-dropping popular SNS app Kakao Talk. This is definitely the weakest track on the mini with a lot of overbearing synths and auto-tune, and the repetition of “very hot” wasn’t catchy in the slightest. Surprisingly the rap sequence is done by 4minute’s So-hyun and the only decent part of the song. The song is way too messy and overly produced to be the least bit enjoyable.

This might be the best solo effort that Hyuna has to date, because the songs and styles suit her perfectly and showed a lot of development from Hyuna on the vocal department. I’m excited for the comeback stages and hope that she’ll perform at least “Unripe Apple” as a follow-up, but seeing that Ilhoon is currently promoting with BTOB as well, it might take a while for that to happen, if it is in the works. It’s not an outstanding solo effort but it shows a lot of growth and the song’s are really catchy.

So how are you liking Melting, Seoulmates? Comment away!