On June 3, Big Bang released a music video for their single off of Still Alive, “Monster.” Although the boys had only been gone from the K-pop scene for two months at most, their new music video still made a huge splash and currently racking up the views on their YouTube channel like there’s no tomorrow. If you haven’t seen “Monster” yet, check out this wildly fantastical, Big Bang-esque music video below.

The music video begins with gritty footage of a militaristic enclosure. The camerawork is shaky and I remembered why I always sucked at first-person shooting games on the Xbox (I get easily disoriented), but the effect is intriguing and definitely held my interest before Big Bang even appeared on my computer screen. A few things explode — hinting at what comes later in the music video — and the camera spins around some more, making me even more dizzy. And then it pans to an indoor shot of T.O.P running along in a hallway, looking very nervous for some unknown reason. One by one, the other members appear (and call me a bad fan, but I totally did not recognize G-Dragon at first with his white bowl cut because I hadn’t bothered to follow any of their teasers). A close-up shot of TOP’s face confirms that they are all wearing colored contacts, which is very cool and slightly creepy at the same time. TOP begins rapping, while wearing a bolero-style hat and a turtleneck sweater. Flashes of the other members are shown as they wander around in the hallway, looking scary and dressed in some questionable clothing. 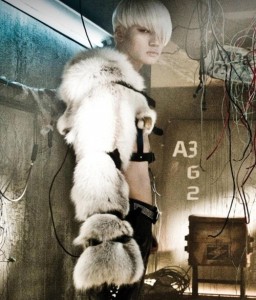 G-Dragon begins his rap part and we are shown his other hairstyle (messy dull red hair with devil horns), as well as Seungri‘s buzzed Spock haircut. Strange letters appear on various body parts of the members and TOP bares his teeth at the wall, as more strangeness ensues. Daesung looks like he’s wearing a cage which has been converted to shirt fashion with a white fuzzy thing tacked on the back, which amused me to no end. Taeyang makes his first appearance as well, shirtless of course, with a giant necklace around his neck in the shape of a crescent that is literally half the size of his chest. More strange moments pop up one after another on my screen, my favorite one being G-Dragon crouched on the hood of a car wrapped in wires and looking slightly deranged.

Luckily, before I got even more confused, Daesung popped in with the chorus and saved me from more perplexity over certain scenes of the music video. The members run around in both the courtyard and the indoor military complex, destroy some ceramic mannequins (with G-Dragon kicking the crotch of one), do some intense staring at the camera lens with their colored contacts on, stomp dramatically on the dirt as explosions flare up all around them, poses in the snow with capes flying around them, and basically baffle me further with their antics. After near five minutes of this craziness, the music video ends. 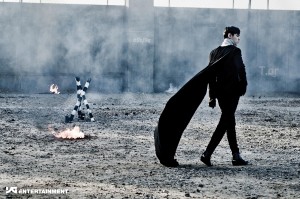 Let me get one thing straight: I love Big Bang to death, and I love that they are expanding their horizons and becoming better artists. But all “Monster” did was confuse and amuse me for five minutes. There were just so many unanswered questions at the end of “Monster”: What happened to Taeyang’s hair? Why did his hairstyle look like a cross between a bunny and a Japanese anime girl? Why was TOP wearing a hat and a turtleneck? How did the members go from military compound to snowy mountains in a matter of seconds?  What was up with the glowing eyes? But at the end of the day, this is Big Bang we’re talking about, so these questions must go unanswered. After the music video for “Fantastic Baby,” Big Bang has proven that there is probably no music video concept on this planet that they would be unwilling to try because it’s just too weird or unconventional, and “Monster” is no exception. 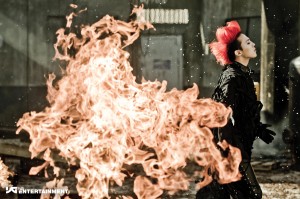 There’s no doubt that Big Bang deserves credit for making such an eye-catching music video. While yes, it was a very strange video and definitely different from what we see from K-pop groups, it was interesting to watch. Most watchers, even the ones who aren’t Big Bang fans, probably sat for five minutes, fascinated by the explosions and styling in the video. But as far as music videos go, my favorite from Big Bang is still “Love Song,” because it proved to me that they could use simplicity to their advantage and still produce a wonderfully tasteful and fitting video for one of their best tracks to date. Recently, I feel like all the props and snazzy visual effects used by them have distracted from the song itself, and I still prefer the simpler side of Big Bang, as shown in “Blue” and “Bad Boy,” to fancy special effects Big Bang.

As for the song itself, “Monster” is a relatively formulaic track for Big Bang. But at the same time, it’s enjoyable in that while Big Bang has stuck to the same sound for a little while now, the work that they produce is clean and pleasant to listen to. It doesn’t get boring, and “Monster” has the same sad melody and lyrics paired with an upbeat tempo that was featured in some of Big Bang’s most popular tracks. The instrumentals added an undercurrent of eeriness to the song overall, and as always, Daesung and Taeyang’s powerful vocals rock the chorus. 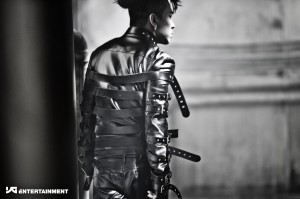 When it comes to the aesthetics of a Big Bang music video, YG usually really nails it. “Monster” is no different, as the production for the video cost a lot of money and was shot with cameras that could be used to shoot Hollywood movies. The faded wash of the scenes really worked with the song and gave it a very somber feel, and the visual effects (such as the glowing eyes and explosions) really stood out against such a bland background color.

While I will continue to make fun of Big Bang’s hairstyles in “Monster” and other strange aspects of the music video for weeks to come, I have to admit that I like the song by itself a lot. If there had been a little more cohesion in terms of what actually happened in the music video and a little less oddness in terms of styling and makeup, “Monster” would have been more enjoyable. However, while most groups would receive strange glances from fans if they attempted something as out of the box as “Monster” was, Big Bang has reached idol status where they can probably do whatever they want in their music videos and chart it off as artistry and creativity, and still garner worldwide praise.