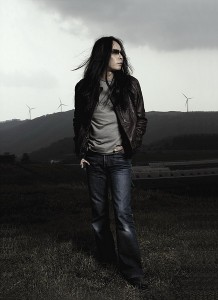 When speaking of Korean music, the public usually acknowledges the influential pop and indie scene, maybe tossing in a bit of rock for its gloomy days. But besides the main ear-catching genres, there are some others, lurking in the shadows while still producing astonishing and soulful music. And metal is one of the better examples. It has a somewhat-appreciated live scene and a variety of sounds to choose from, despite not enjoying the same level of popularity. Official biographies, album releases and even the songs themselves are harder to find — though this happens in general with bands that are less known.

One thing I’d like to point out: ‘K-metal’ must be one of the most misappropriate terms. The capital letter used in concepts like J-rock, K-pop or K-indie doesn’t necessarily point a finger at the nationality, but at the distinctive features that the music in those countries possesses. They are very different from the stereotypical main genre they belong to, thus the need to better define them. But when it comes to metal, the South Korean one could easily compare itself to its international counterparts.

But I’ll stop beating around the bush and get to the point. Metal in South Korea appears relatively late. Its roots can be located in the mid-80s, the short history leading to a more old-school sound that harmoniously combines with contemporary elements. The first metal band — or at least the first one to meet a decent response — was Sinawe, a heavy metal band that debuted in 1986. Shin Dae-chul formed the band and remained the only original member after several modifications of its structure. Their first album produced quite a stir and their song, “Turn Up the Radio,” despite not being a hit, enjoyed considerable success:

Their discography counts a total of eleven studio albums and mini-albums (adding two compilations to top that). Sinawe announced its retirement in 1991, but came back five years later. The band suffered various line-up changes during its active years. Its name is often associated with Seo Taiji, who kept the metal influence for his musical career, sticking to alternative rock, punk and nu metal. Honorable mentions are also Yim Jaebeom and Kim Jeong-seo.

Putting aside the band’s biography, Sinawe impressed and shocked through its courageous attitude and sound. It incorporates a multitude of rock sub-genres and oscillates from heavy, dark sounds to softer, more melodic songs. Their albums are complete and show evolution from one to another. Moreover, they were the pioneers, the ones to have started the trend and the way they managed to carry it so well throughout their career is admirable. Psychedelos, Cheerleading Fan or Reason of Dead Bugs (post-break-up albums) stick to the image the group has crafted for itself.

Another band that I stumbled across was Oathean, who released their first material in 1997. What caught my eye about this band was Lim Ji-nah, the female singer in the band whose voice is mesmerizing. And what is not to love about the mix of the male vocalist’s grunts and her operatic vocals? The main genre is Death Metal, with influences from Melodic and Symphonic Metal, counting also folk music additions. Until now, they have released five full-length albums, two compilations and an EP (plus the demo album). A minor complaint: while they have a powerful sound, their lyrics are quite mediocre. Songs like “Frigid Space” or “The Eyes of Tremendous Sorrow” are emotionally wearying, but they get lost at some point in clichés and exaggerations which create slightly pathetic verses.

Still in the areas of Death Metal, with a side of Trash metal this time, Necramyth is unfortunately a dismembered band that was active between 2001 and 2009. They have released two studio albums and a demo. While the lyrical content for Oathean centered on the themes of nothingness and grief, Necramyth has a larger specter of subjects: religion/paganism culminating with prophetic beliefs, politics and instigations to war. Their aggressiveness is ubiquitous: the words are hostile and threatening, the sound piercing, additionally enhanced by strong vocals. Their second album is even titled Slaughter of The Seoul.

For amateurs of brutal metal, El Patron has made a name for itself in this area. In what regards progressive metal, Rabihem, a younger band that debuted in 2006, would be an example. Randy’s voice especially distinguishes itself through its timbre and strength. One of the veterans that are worth one’s time is Baekdoosan, formed in 1986, who are known for their Traditional metal. Boohwal is another consecrated band and, together with Baekdoosan and Sinawi, was one of the ‘Big 3’ that contributed to the expansion of the rock/metal scene in South Korea.

But while I appreciate all these artists’ work, since I have never been a fan of metal, I enjoy better the more melodic sub-genres. The first song that I listened and have been addicted to was “A Doom” by the eponymous band. The group consisted initially of Pain, Thorn, Ruin, HHS and Yternia. I say ‘initially’ not because there were line-up changes, but because Pain decided to “free” the other members. But I digress. They are labeled as Gothic metal. The sound isn’t heavy or dense; the melodic line and the vocals play equal roles. Pain’s voice is deep and despite not exploring a wide vocal range, it is perfect to express the feelings of angst and depression all by itself. However, it is bothersome at some point that the singer’s voice seems to be from another register and doesn’t go that well with the track.

My last picks would be Gaia and Ishtar. They both rely on the power of female soloists. Gaia receives heavy influence from folk music and integrates traditional Korean instruments. It has two singers: Bak Go-eun (the female vocals) and Gang In-seo (male vocalist). A more appreciated band is Ishtar, a Heavy metal band formed in 2005. And though I hate to make comparisons like this, Binna did remind me a tad (more) of Tarja from Nightwish. One thing I’ve noticed about metal bands in South Korea is that women seem to be better integrated. They are in the West also, but I found them to be better received here (in the context of this music industry).

It is a pity that this genre doesn’t meet a larger public, but again, metal itself, no matter the region, isn’t embraced by the masses. There are an important number of artists that are unsigned and independently release their music. It is beneficial though that they can find places to perform like Hongdae and that the metal live scene attracts a satisfactory audience. Another positive aspect is that it is incredibly diverse and I would dare to say, even more diverse than K-pop.

So these were my picks in what regards Korean metal. What are yours? What bands have you fancied? What are your thoughts on this music genre?