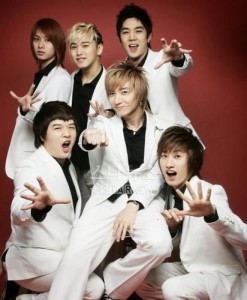 In the mosaic world of K-pop, groups are constantly changing in order to adapt to the ever-shifting musical and social landscape. Some groups in K-pop seem to be ever accumulating or losing members; others stick to a specific formula and number, even to the point of replacing a member as soon as another one drops out.

Do you think that there’s a magic number in K-pop? How many members do you think make up an ideal group?

Fannie: Personally, I feel that the perfect number for an idol group is five. It’s few enough that each member gets a fair portion of the spotlight, and yet just enough to keep things interesting. A lot of the appeal of an idol group is the personalities and watching how the group members interact with one another, but too many of them and it becomes a sea of faces to all but the most dedicated of fans.

Overall, I like the feel of odd-numbered groups better while performing on stage, as it allows for an balanced formation even as each member cycles in and out of the spotlight at the center of the stage.

Amy: You know, I was having this conversation with my friend and she came to the conclusion that groups with six members are just more harmonious, it seems. Six is the magical number of Shinhwa, post-Jay 2PM, and Beast. There’s no science to this, obviously, and there is a reason why most musical groups are five (five-part vocal harmonies) but it does seem like the biggest-name groups in K-pop to have split were those with five members: H.O.T., DBSK, SS501.

Musically speaking, I don’t think anything over six really works, and groups six and above seem to infiltrate K-pop purely for the gimmick factor and for the fact that entertainment companies have too many trainees they need to debut. 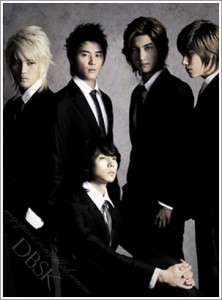 Justin: I think the stereotypical ideal number is 5. You can also think back to the 90’s. Many popular boybands like the Backstreet Boys were 5 members. If that’s not convincing enough, think of K-pop. In the 90’s, G.O.D and H.O.T ruled with an iron first and both had 5 members per group. In the 2000’s it was DBSK and Big Bang that ruled, and they had 5 members per group. It is not science, but it seems that 5 is the jackpot number.

Patricia: I agree with you, Justin. Maybe it is coincidental that some of the most successful boybands ever have consisted of five members, but I think there’s something about the five-member structure that strongly alludes to the idea of popular boybands on the whole. Like, when JYJ and HoMin split into two different groups, I had a hard time redefining the identity for either group, and a large part of it had to do with the fact that neither group had that classic five-member structure anymore, and in turn, each group looked a lot less boyband-y than before.

At the same time, though, I wonder if the five-member structure holds stronger to boy groups than it does to girl groups.

Salima: Three is the magic number! TLC, Beastie Boys, Epik High, and these days even TaeTiSeo. Having three members gives everyone a chance to shine. Rather than half-heartedly assigning personalities to members in a nine-member group, three members are able to display their talents without pretense. Everyone works on what they are best at rather than having too many cooks in the kitchen fighting for the spotlight or relying on others to pick up their slack.

I don’t know how many times I’ve watched a 2PM video only to count the members just to confirm whether or not they were in a post or pre-Jay era. I still don’t know all the names and faces of Super Junior. And sometimes I forget SHINee has five members (there’s always one particular member I forget, but I’ll keep that to myself). Three is totally the most perfect number for a group. 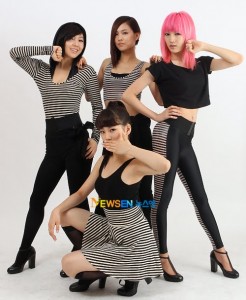 Dana: I’m in agreement with Amy regarding large groups — the gimmick factor + an overabundance of trainees is bound to lead to over-saturated groups. The only advantage that large groups have is that there is technically more to love; a large group can fit a greater number of personality types, and thus can potentially broaden its appeal to a wider fan base. But that will only happen if the audience actually takes the group seriously. Even I think that Super Junior‘s thirteen members is obnoxious overkill.

That being said, I think four or five is a solid number — I’m going to go with four. Six strikes me as just a bit too large, and I would like to think that limiting the number of members to four means that agencies would have to be more discerning in terms of talent. It is far more difficult to mask a lack of talent if the group is smaller, and a lack of “filler members” ought to indicate that each member would get their fair (and deserved) share of the limelight.

Obviously, this is a bit of a pipe dream — there will always be people and groups that fall through the cracks. But think about Secret and miss A — each has four members, and neither is hauling around an excessive amount of musical dead weight (though the jury is out on Sunhwa, I have to say). Compare this to a group like T-ara, or even my homegurls SNSD; it isn’t hard to point out members in both groups that are more and less deserving of fame in the music industry. In fact (and I hate to say this) TaeTiSeo’s promotions have made me realize just how spectacular SNSD could be if only they didn’t have to give a singing line to even the least deserving members (Yoona and Sooyoung, I’m looking at you). TaeTiSeo can play with harmony, can explore new genres of music that require different vocal techniques, and can each fairly showcase their talent and ability within the space of one song. This is utterly impossible in a group of SNSD’s size, or any group larger than six members.

Ergo, four. Four is the magic number, I say.

Johnelle: I would have to say that the magic number is 5. Everyone has five toes per foot and five fingers on your hand, there are five days in a work/school week (although that might not be a good thing), there are five elements–water, fire, earth, wood and metal, there are five points to a star, a musical staff is made up of five lines, there are always Top 5 lists, and there’s 5 Things I Love in K-pop… oops, I digress.

In the history of boy bands, all the most popular bands had five members: there were the Jackson 5, five Osmonds (when it counted), five guys in New Edition, New Kids on the Block, Boyz II Men, the Backstreet Boys, and N’SYNC. The new British boy band One Direction has five members and there were also five Spice Girls. In K-pop, H.O.T. and g.o.d. each had five members, as well as DBSK when they were at their best. Currently, SHINee, F.T. Island, MBLAQ, SS501 and of course Big Bang has five members.

While there are some bands with three members, that seems a little too small. There are many bands with four members, but in some cultures four is seen as an unlucky number. Six is also seen as an suspect number because of its numerous associations to the devil. And while seven is considered a very lucky number, it is a little too much- if you’re trying to name all the members of your favorite seven member band — for example INFINITE — you can’t be holding an ice cream and count off the members on one hand. Realistically, anything more than five is just a tad too much to keep track of. Therefore, the perfect band is made up of five members–although I am still wondering why C.N. Blue is so perfect with just four. 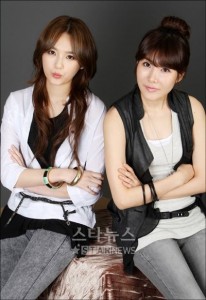 Maryse: Like what most of you have said, having 5 members in a group has been pretty much the norm especially when it comes to the English music scene. However, I don’t think that there’s a need for magic numbers in K-pop. Look at Super Junior; even with 13 members, they still get on fine; and also on the extreme end, Davichi still works out well with just two members. I just think that as long as they’re earning big bucks for themselves, and that the fans and the artists are happy, there’s no need for a magic number in a group. It’s like, whatever works; as long as it pleases everyone.

Gil: I personally don’t think there is a magic number that will guarantee success. There is one thing with large groups though; there is a higher chance of having a black hole of talent and if there is a weak link they can be easily spotted. With a smaller group they can be more talented as a whole; Epik High, Davichi, Phantom, 2AM, BEG are some examples of groups with a small number, yet they are all talented. I have to go with Maryse and say that whatever works, works. Just as long as I have my supply of attractive Asian men, I’m okay.