Google and K-pop: A Match Made in IT Heaven? 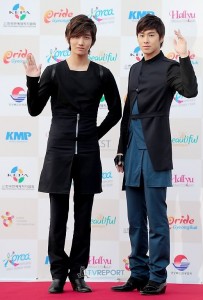 Well, I think so. Google has just announced that it will be hosting a public K-pop concert at the Shoreline Amphitheatre in Mountain View, California, on May 21st. The concert will be free, but if you can’t make it, don’t fret — it will be streamed live through Google’s YouTube channel and broadcast on television via MBC. For those who have never been able to get to a K-pop concert, like myself, due to the lack of concerts being held closeby,  it seems that K-pop concerts are always held in the same cities. Despite not having the visceral experience of a concert, watching one in the comfort of your own home free of charge is still a pretty good deal. Therefore, Google should prepare its servers for the amount of views this concert will get, considering the big names attached to this concert such as TVXQ, SNSD, and Super Junior. Despite the difference in time zones, there’s a slim chance that any hardcore Cassie, SONE, and ELF will miss a chance to watch and support their oppas and unnies in the United States.

The idea to broadcast this concert live through YouTube was pure genius and it’s surprising that Google hadn’t jumped on to this idea sooner. With the amount of views that K-pop videos receives on YouTube as a whole, including and not including the illegally obtained videos, a concert like this seems like a no-brainer. Furthermore, this might lead to more concerts being aired on YouTube, K-pop or otherwise, and might revolutionize the way concerts are viewed, similiar to how concert movies of Justin Bieber and Miley Cyrus have done. Concert tickets are pretty expensive and most people don’t have the luxury of having a concert being held nearby. Even though, nothing is better than seeing your favourite acts perform live, up close and personal. But all in all, this concert seems like a win-win for everyone involved. 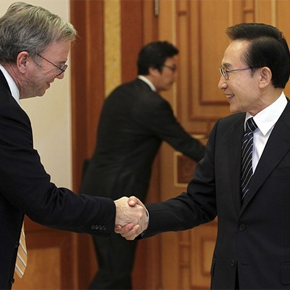 But, there are still a few concerns with the concert. First off, the concert itself is only a few weeks away and I have not seen any campaigning on the event coming from the Google. Much of the information about the concert provided by MBC and can only be found on Korean news portals, but the Western half of this collaboration–Google–hasn’t made much of an effort to publicize this concert at the Western level, but understandbly so. Most likely this concert will be solely viewed by current K-pop fans attending or watching the concert on YouTube. Because of this, advertising by Google isn’t really necessary. I think they are banking on the power of netizens, which is a wise choice, to spread the news of the broadcast like wild-fire, but if the K-pop acts themselves are counting their blessings for this chance, and thinking that this concert will lead to an increase of coverage within the mainstream, I don’t think they should be holding their breath. On Google’s name alone, there will be some media coverage, Westen and Korean, on the event and that may possibly draw some attention, but not enough to gain more viewers. I generally think that this concert is simply a ploy for Google to get into the good graces of South Korea, seeing as the concert was announced shortly after they met with South Korean president Lee Myung-bak about deals with Korean IT firms. But if this ploy gives me an excuse to watch Yunho and Lee Joon prance around on-stage, I’m not complaining.

Secondly, K-pop, on an international level, is an internet-based phenomenon, creating an online community that shares information as well as videos of their favourite K-pop acts. Illegally obtained concert footage and live performances are already readily available on YouTube, so will this concert be a different experience than simply watching videos of Inkigayo, or even watching the MAMA awards live on the Internet? Granted, this concert will be streaming live, but for those watching on the Internet, I doubt there will be any difference on an emotional level, except for the amount of time the concert will last.

Nevertheless, the line-up itself is well-rounded and unsurprising, with the usual suspects of SNSD,  Wonder Girls, Super Junior, and TVXQ, B2ST and MBLAQ, but I do wish there were more groups outside of SM on the line-up, maybe a sprinkle of YG, FNC, and some more JYP, but that’s just my personal preference. However, seeing that only two groups out of the entire line-up has released new material, be prepared for rehashes of “The Boys”, “Keep Your Head Down”, “Step”, and “Fiction” — which can be a good or a bad thing, depending on which songs you enjoy more.

Overall, I am absolutely pumped for this concert and  will definitely be watching it at 9PM EST (6PM PST). Are any of you lucky enough to attend the free concert, or will you be watching like me, in the comfort of your PJs, and is there anyone else that you would have liked to be in its line-up?