Live from Seoul, it's SNL Korea! 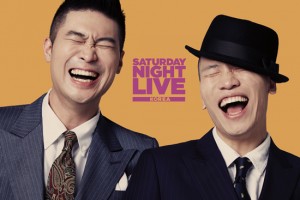 “If the freedom of speech is taken away then dumb and silent we may be led, like sheep to the slaughter,” says George Washington.

I personally believe that one’s freedom to speech is a basic liberty, which all men and women are entitled to. And shows like Saturday Night Live, The Colbert Report, and The Daily Show are important because they aren’t afraid to criticize our society. By allowing different opinions to be heard one is more educated, and thus leading to a better society.

As K-pop fans, we all know about South Korea’s infamous Ministry of Gender Equality and Family, continuously banning songs left and right for “offensive” lyrics.  My inner libertarian cringes at the concept of MOGEF and all their actions regarding censorship of songs. (Every time I hear a song is banned for “harming the national psyche” I have the urge to send MOGEF a link to LMFAO‘s “I’m Sexy and I know It.”)

So I was excited when I found out that Korea will start airing its own version of Saturday Night Live. The show will try and keep the same feel of the original sharply criticizing society and its ills. SNL Korea has the same format as its American counterpart including a guest hosts and musicians. The director said of the new show,

We will laugh as we sharply criticize and make fun of society, and will handle all issues with a clear frame of neutrality. Even if tvN is shaken to its core, we will be thrown out with grace.

Finally, a show that won’t be afraid to stick it to the man. 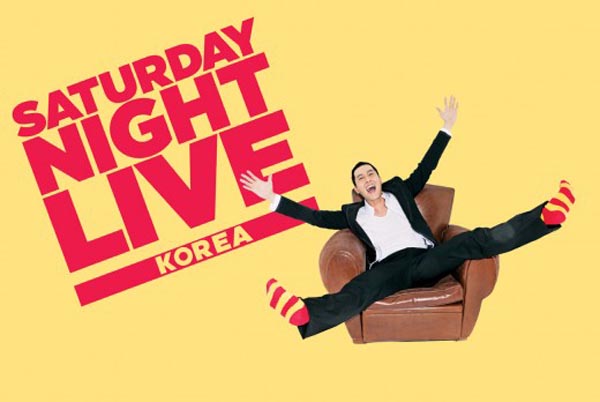 I was ecstatic but at the same time, a little bit wary. SNL can be in-your-face-funny and quite honestly, sometimes vulgar and offensive. But it’s hilarious, and as an avid fan of British and American stand up, I am used to the topics they discuss (sex, drugs, etc) and enjoy it. I do not think that SNL Korea will venture into blatantly sexual skits like the now infamous Dick in a Box, but it will hopefully push the boundaries of Korean television.

I actually watched the first episode of SNL Korea with host Kim Joo-Hyuk, and musical guest Dynamic Duo to see how it will do. While I’m not a native speaker of the language and a lot of the skits relied on knowing the language well, I was happy to see that the producers did not try and remake original skits and instead opted to create original skits and ideas. One thing I am still wary of is the ability for SNL Korea to really criticize political issues. Currently in Korea there are laws in place which curtail speech that either supports or criticizes candidates or political parties before elections. This show will face a major roadblock trying to circumnavigate that rule.

While South Koreans enjoy more freedoms than their northern counterpart, I still feel as if they are restricted regarding freedom of expression, especially in the media. According to a report done by the United Nations Human Rights Council, the censorship in South Korea is controlled by the state. That type of governmental involvement in regulating media is harmful and curtail freedoms entitled to all citizens. Critcisms of current politics is frowned upon and Park Dae-sung, notorious for his criticism of Korea’s economic policies, was indicted in 2009 for doing so. The prosecution was even proposing an 18 month prison sentence for him.

Events like these make me question whether or not SNL Korea will make it.  It’s not as if Koreans are blindly following their government and Korea is no Myanmar, but I am definitely worried.  Shows like Gag Concert have poked fun at politicians but not to the extent of shows here in America. All I can hope for is that this little show can triumph all the trials that the government will send its way and not lose its original goal of satire.