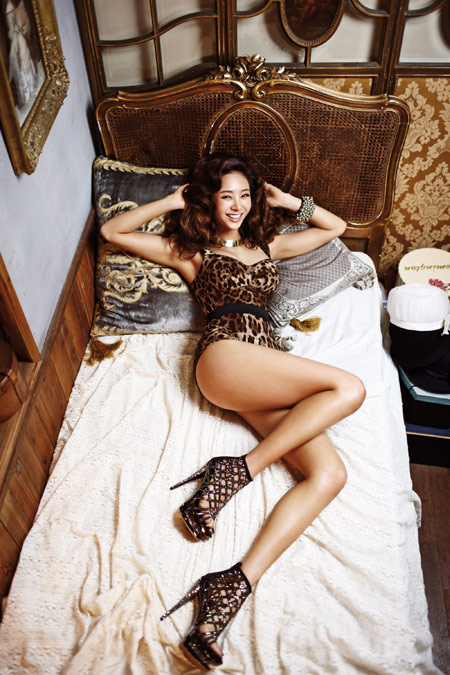 G.na’s teaser for the song” Banana”  was banned by MBC on August 17th, despite the whole song not even being released yet.   The reason behind the ban hasn’t been officially released, however it’s most likely due to the video or something they deemed suggestive in the lyrics.  I have seen the teaser and listened to the lyrics and the mentioning of banana is nothing I would call explicit, given that all she is saying is “I’m going banana”. The song to me sounds like a girl power song and she is going bananas, as in crazy.  The song is upbeat and catchy and the choreography is rather tame compared to Hyuna’s “Bubble Pop” and Raina’s “Dr. Feel Good”. So, why ban the song?

As we all know, songs in Kpop are being banned left, right, and center these days. It seems like the banning never ends. In my opinion the reasons for banned some of these songs have become a tad ridiculous.  For Example,

Sometimes the bans are justifiable, I won’t deny that. However, much more frequently the line between justifiable and laughable has been skewed. The reasons for banning songs in Korea have reached an infamous level. At times I think the people behind these banning don’t even have a grasp on reality and are unfortunately pushing moral preferences on the masses through heavy censorship.  This would be fine if they actually banned the truly explicit music. I can understand banned Hyuna’s and Raina’s choreography due to sexually suggestive nature, but G.na? Really?  There is absolutely nothing about her song that is suggestive.

There are a whole host of songs out there in the Kpop world that should be banned and are not.

I guess the Networks are too busy banning songs that have no business being banned. Now, I understand that there may be culture at play here and me being from the United States and my western sensibilities may see this from a different perspective than those in Korea. However, all culture aside I seriously doubt the fans in Korea don’t find the reasons for banning songs questionable even laughable.  I think what Korean Networks need to work on is looking at the actually content of a song rather than taking a song at face value and evaluated whether the content of the videos is something to be up in arms over. Who knew bananas were so offensive?