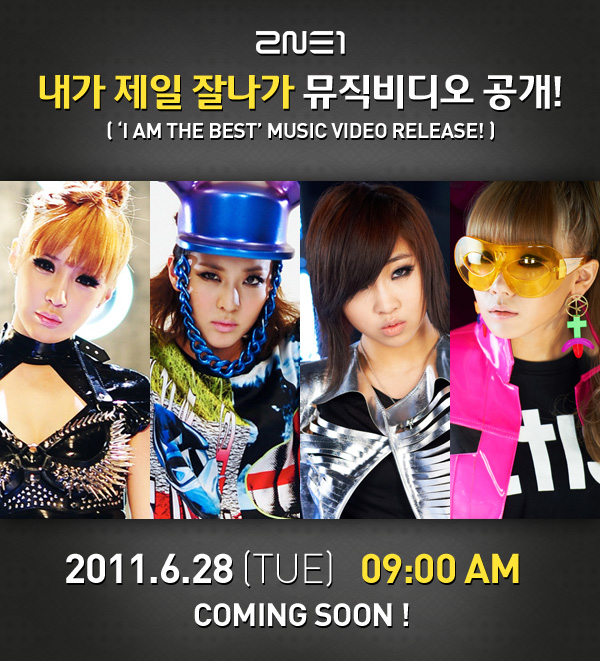 Originally the MV and the song “I Am the Best” were to come out on the same day.  YG  postponed it and said it would “probably” be released today  at 10PM KST.  1 minute into the release he revealed that teaser above.

I ,mean, really. Come on man.  I know you’re using wons for napkins thanks to these girls, but remember who put that money in your pocket. I mean, I get it, the old bait and switch, ha , ha, but after a coouple of times, no ONCE, it gets old. Especially if it involves 2NE1, whose fans are so fervent they made hundreds and hundreds of cover videos of ‘Lonely’ just to get a chance to see the girls in person and maybe catch a quick peek of T.O.P and Teddy in the studio (not that I did or planned any of the above or anything).

Honestly, I’d cut you some slack if you had just stayed mum about the whole thing. Yes, still frustrating but you made a promise bucko, and now we’ll probably see the video…well when will we see the video? I certaintly don’t care.

But, look,  it’s the principle of the thing, dude. Yes, there is such a thing as “leaving them wanting more” but there is also a saying called, “don’t look a gift horse in the mouth.” AKA DON’T PISS OFF YOUR FANS (or give your anti-fans more ammunition).