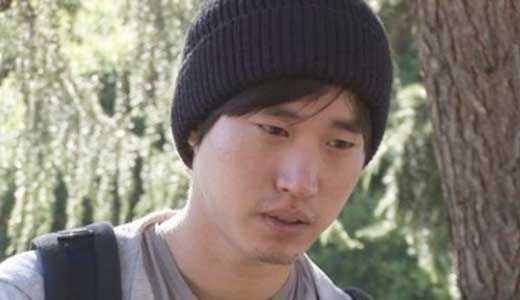 whatbecomes is a getting a taste of his own medicine and TaJinYo needs to GTFO-yo.  In what I hope is the end of the controversy surrounding Tablo‘s educational background, police have completed their investigation and have concluded that Tablo did in fact graduate from Stanford University.  Recently, the netizens have been rallying around Tablo and his MBC special Tablo Goes to Stanford showing him meeting with people that knew him there really helped to clear up things also.

Now, whatbecomes the founder of the 190,000 member TaJinYo has an arrest warrant out for him.  So who exactly is whatbecomes who created all this hateful controversy about Tablo?  A 57 year old Korean American named Kim Eung-seok who lives in Chicago (Really dude?  You had nothing else to do?).  Behind his internet facade he boasted that he was some important person in the US and that even the President of Korea knew of him (yeah, probably as one of the craziest netizens that ever lived).  I never heard of him before, what about you?  In his delusions of grandeur, he had once posted the following message on TaJinYo regarding Tablo’s lawsuit “If even one of our club members is hurt by this, I will go to Korea myself and do something about Tablo and his lawyer.” He also said in an interview with MBC that “If Tablo’s academic credentials are found to be true, I will take all responsibility and even go to prison in Korea.”

So what is Mr. Kim saying now that there is an arrest warrant for him that the Korean Police are trying to enforce with the help of Interpol after concluding that Tablo did graduate from Stanford?  “I am a Korean with a U.S. citizenship and not a criminal. This is not an issue to arrest me over with the help of Interpol. Is defamation an international crime? I am so angry they are treating me like a suspect when they have not confirmed I am a criminal.”  Not so bad ass now, eh.  Dude, you founded a site that harassed and attacked the credibility of Tablo for years saying that he lied about graduating from Stanford among other things.  Now, even the police have concluded that Tablo did not lie, I’d call that defamation.  After having to deal with the warrant issue for a couple of weeks, whatbecomes posted on TaJinYo that he was temporarily quitting due to difficulties with the police investigation.  Hiding out after only weeks compared to what Tablo had to endure for years.  You, Mr. Kim, are a coward.

So the moral of this story kids is that even with the anonymity of the internet you are responsible for your actions.  What becomes of you if you don’t act responsibly is jail and if the police don’t get you, karma will.  I am glad that Tablo has survived this ordeal, but I’m sure he is not unscathed.  I’m hoping that after taking some time off and maybe waiting for the return of his Epik High mates from the military, he’ll return to the Korean music scene.  Tablo, some of us have always believed in you, don’t give up your music over some crazy jealous haters.