Fresh off the successful debut and comeback of Produce 48’s Iz One, Produce X 101 has landed itself in hot water barely three episodes in. JYP Entertainment trainee and season favorite Yun Seobin was removed from the show after allegations arose online of past delinquent behavior. He was accused of bullying classmates in high school, and pictures of him smoking and drinking while underage also surfaced. After JYP and Mnet both released statements condemning Seobin’s actions, he posted a handwritten letter of apology on his Instagram admitting to his wrongdoings.

Seobin’s case is the latest in what has become a string of survival show trainees being removed from broadcasts due to past transgressions. While this is the first time a company as large as JYP has come under fire, the issue at large draws attention to the lack of screening that is allegedly taking place.

Prior to the release of his “dark past”, Seobin was one of the most highly-anticipated participants of this season. Coming in as the first JYP trainee on the Produce series since former I.O.I center Jeon Somi, expectations were high that he would easily follow in her footsteps. Those expectations were certainly met when he ranked number 12 after the first episode. At the end of episode one, his evaluation performance was teased to be an exciting competition between the other Big Three representatives from YG and Esteem, SM’s modeling company.

That performance subsequently never saw the light of day. On May 6, it was reported that someone claiming to be Seobin’s former classmate posted allegations of him being a school bully who had a violent reputation in his hometown. Unconfirmed photos of Seobin drinking and smoking while underage started to appear online around the same time. On May 8, JYP released a statement that Seobin’s contract had been terminated after determining that the incident was against company policy. Shortly after, Mnet confirmed that he would be leaving the program and that his appearance on the show would be minimized as much as possible through editing.

Following the announcement of his removal, Seobin posted a handwritten letter of apology to his Instagram, in which he admitted to the underage drinking and smoking, as well as “…other things I’m not proud of…”. The letter also stated that he’s: “…never tried to hide my past or deceive others because of fear, and I never hid it from the agency I was a part of either.” The latter declaration comes as a shock, seeing as JYP removed him supposedly on those grounds. It brings to question whether JYP knew about Seobin’s past in advance, or if he wasn’t completely honest in his initial disclosure.

Following the incident, Mnet announced steps taken to prevent such controversies in future, through requests to respective agencies and also the production team’s attention towards participants. Despite this call to action coming out after Seobin’s controversy, he is far from the only trainee to have inspired it. On Season 2 of Produce 101, The Vibe Entertainment trainee Ha Minho was similarly removed from the show due to a former classmate’s accusations that he had harassed her and others in middle school, and the leaking of screenshotted sexually suggestive conversations he was having with underage fans.

Beyond the Produce 101 sphere, other survival shows like Boys24 and Idol School have been caught up in these scandals as well. On Boys24, finalist Jin Sungho left the first promotional unit after allegations arose online of him violently attacking and sexually harassing classmates. CJ E&M and Liveworks Company released a statement verifying that the allegations were true and that Sungho would be voluntarily leaving the first unit, but not the company. He later went on win a spot as a finalist, but decided to leave the group again, citing a “different musical point of view”.

Meanwhile on Idol School, trainees Shin Sia, Som Hein, and Lee Chaeyoung were all accused of being school bullies while on the show. Som Hein was the only trainee to leave, but her company claimed that it was due to her struggling with anorexia. Mnet’s investigation found that Chaeyoung was mistaken for another classmate, and neither Shin Sia nor her company ever addressed the issue publicly.

The similarities between these cases are too glaring to ignore. For such sordid details of one’s past to go unchecked by their label and the TV production company for so long signals gross oversight from everyone involved. While it’s refreshing to see the problematic members investigated and removed from the program in some cases, it’s a problem that should have never gotten to this point in the first place. The trainee is responsible for being honest with their past and, if they neglect do so, the onus is on their company to better screen who they let in.

Putting aside the fact that these trainees are taking spots away from more deserving counterparts, preparing them for the career of an idol could potentially put future fans and group members at risk. Ha Minho, who used to sexually harass his ex-girlfriend in middle school, went on to try engaging in sexual activity with young female fans while on the show. Due to negligence on his company and Mnet’s part, young fans were put at real risk over something that more careful screening could have prevented entirely.

In the wake of Jung Joon-young and other idols being charged with illegally filming and sharing videos of women, it should be evident, now more than ever, that a better job needs to be done behind the scenes. While from a company’s point of view, it might be more beneficial to risk losing a problematic trainee than to risk that trainee not debuting, the potential future harm greatly outweighs any hesitancy they might have.

Even though the reality of these situations is disheartening, the current socio-political climate that sees victims speak out and be heard on how they’ve been hurt by these budding public figures is an indicator of positive change. It’s no secret that idol fans are notorious for their loyalty. The fact that victims make the decision to speak up, knowing how severe the backlash can be, also shows how seriously these allegations should be taken. Many of these people expressed that they felt obligated to share the truth about the trainees due to how dangerous it could be to let these people continue in the industry without any warning.

Ultimately, companies should be feeling the pressure to ensure the quality of the trainees they’re sending out into the public eye. While one would assume that the publicity of a survival show would result in only the best of the best, this has has not been the case thus far. Hopefully a healthy balance between quality and quantity is found, or else the companies involved run the risk of doing much more harm than good. However, screening only does so much. JYP had a reputation for their ability to properly vet incoming trainees, but clearly Seobin managed to slip under the radar. If a similar situation were to happen in the future, the trainee’s company should follow JYP’s footsteps by investigating the claims and swiftly removing the participant from both the show and their label.

The publicity of trainee life through the frame of intense survival shows comes with many risks; however, one of those risks should not include exposing the public to potential abusers. Having these trainees under such intense scrutiny should come with the added pressure of each company wanting to only put their best forward in a major way.

Companies willing to send a sole representative on what has become the most well-known and ruthless idol survival show should know better than to slack on trainee credibility. In a world where the success of a trainee lies beyond how well they wink during a performance or how they help a teammate learn a dance, it is up to the companies behind-the-scenes to make sure that that trainee is ready to become an idol in every sense of the word.

Editor’s Note: This article was planned and written before reports of community posts attempting to clear Yun Seobin of bullying accusations surfaced. It reflects the state of events reported prior to these posts. 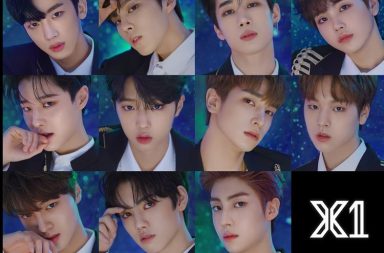