The Bewitching Tale of Twice

‘Tis the season of fall and it just would not be complete without a new release from JYP Entertainment’s flagship girl group, Twice. Although the release this time came a few days after Halloween, “Yes or Yes” retains a consistent formula that has contributed to Twice’ success: storytelling. Among other girl groups molding their group identities into concepts such a “girl crush”, “sexy group”, “innocent and pure”, etc. Twice’ group identity lies within creation of worlds for their viewers to escape to and in a world that loves sharing bad news, the bewitching tale of Twice may be the story we’re all looking for.

Twice music videos tend to place the viewer in the first person perspective; doing so allows Twice to be in control of not only their narrative, but the viewer’s. When a viewer is set in first person they are made to approach the given story line with “me” in mind, as in “How do I fit into this story? How does this affect me?” The viewer’s narrative is generally set within the first 10-30 seconds of the music video through camera angles giving the viewer selective information of their setting but enough to know they are part of this scenario. Once the narrative is set for the viewer this opens up the opportunity for the girl group to interact with their viewer. 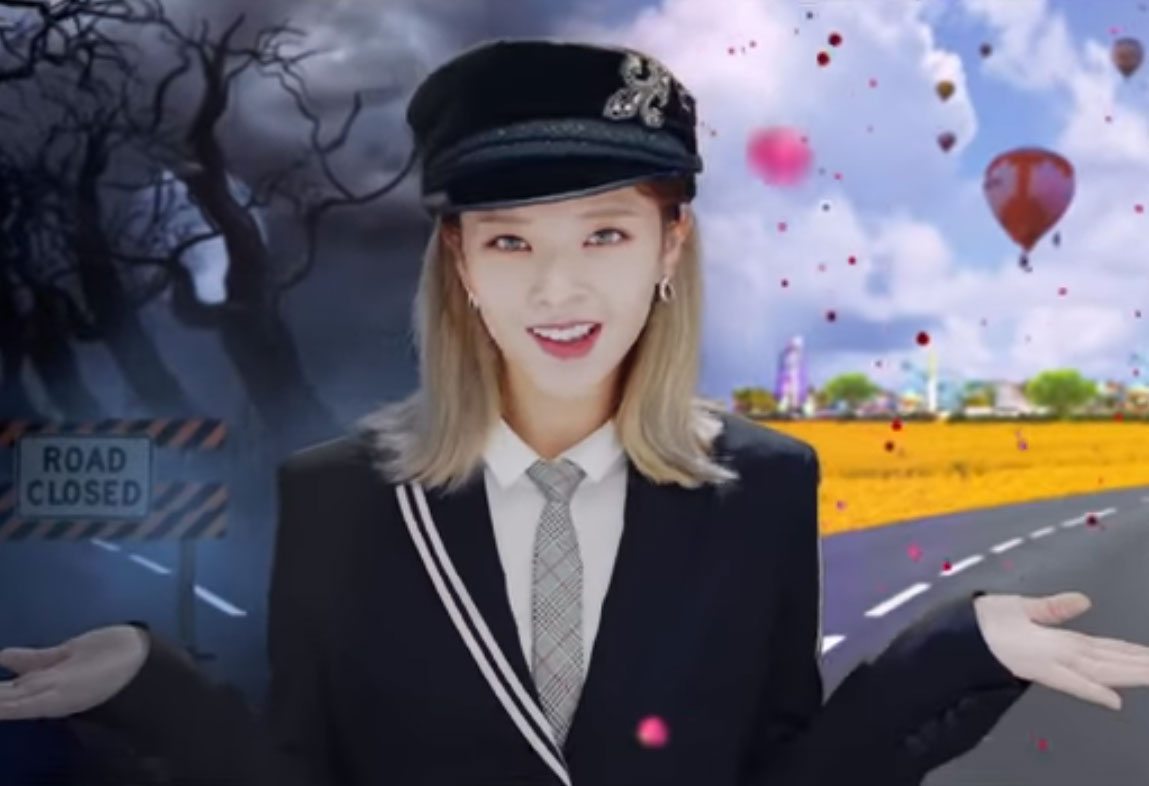 Twice are not the first girl group to cash-in on the first-person perspective. In 2009, SNSD popularized it in K-pop with “Genie”. The release was riding the coattails of their rise to stardom hit “Gee” and “Genie” proved to cement SNSD’s status as a top girl group. The song is about how the SNSD women will be a genie and will make her boy’s wishes all come true and the first person perspective reinforces this statement by placing the viewer into the male perspective.The SNSD members are seen grabbing for the viewer’s hand and pulling him into different rooms. The individual angle shots are close up and create intimacy with the viewer. SNSD molded three different worlds for the viewer to be a part of. Twice has just taken this perspective concept and molded many more.

For the latest example, “Yes or Yes” Twice places the viewer walking on a dark isolated path lit by the moonlight. The camera is shaky and sounds of haggard breathing come from the viewer’s position. This makes the viewer feel as if they are alone, scared and unaware of where they might be. This is a horror-like narrative that Twice is giving the viewer. The camera work emphasizes the viewer’s perspective at the jolt of the neck surprised at a car passing by or when the viewer sits inside the vehicle and glances through the rear view mirror at Jeongyeon as the driver. After setting the viewer’s narrative into fear, Twice comes to the rescue by whisking the fan into their magical world, “Twice Square”.  The story here says say “Yes” to Twice and they can bring us from a closed road to a world of fun and opportunities. 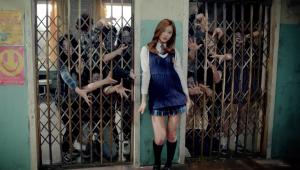 Twice has been whisking their fans away from unpleasant situations since their debut. In “Like Ooh-Ahh” viewers are set in a dystopian world overtaken with lifeless zombies when they are suddenly greeted by Twice members dancing and trot gleefully around the zombies completely unafraid and untouchable. The way the camera slowly moves through zombie hoard at the beginning places the viewer’s perspective as one of the zombies and this is only reinforced as the viewer moves through the abandoned building as an observer. Eventually the zombies join Twice in dancing jamboree and the way the camera is shot in the crowd, the viewer is now one of the zombies dancing along with Twice. The sound of a beating heartbeat echoes through the end as a fellow zombie is brought back to life with the help of Twice’s energy. “Like Ooh-Ahh” began the journey of Twice bringing joy and energy back into our lives through fantasy.

In “TT” the viewer observes two children in costumes as they walk the dark streets and enter a large empty mansion alone. The viewer perspective in this one is interesting as it is placed more so in third person; however, in a fun turn of events in their music video “Knock Knock”, part two of “TT”, a story book is introduced changing the viewer’s perspective in “TT” from third person to first, as the one reading the story book. 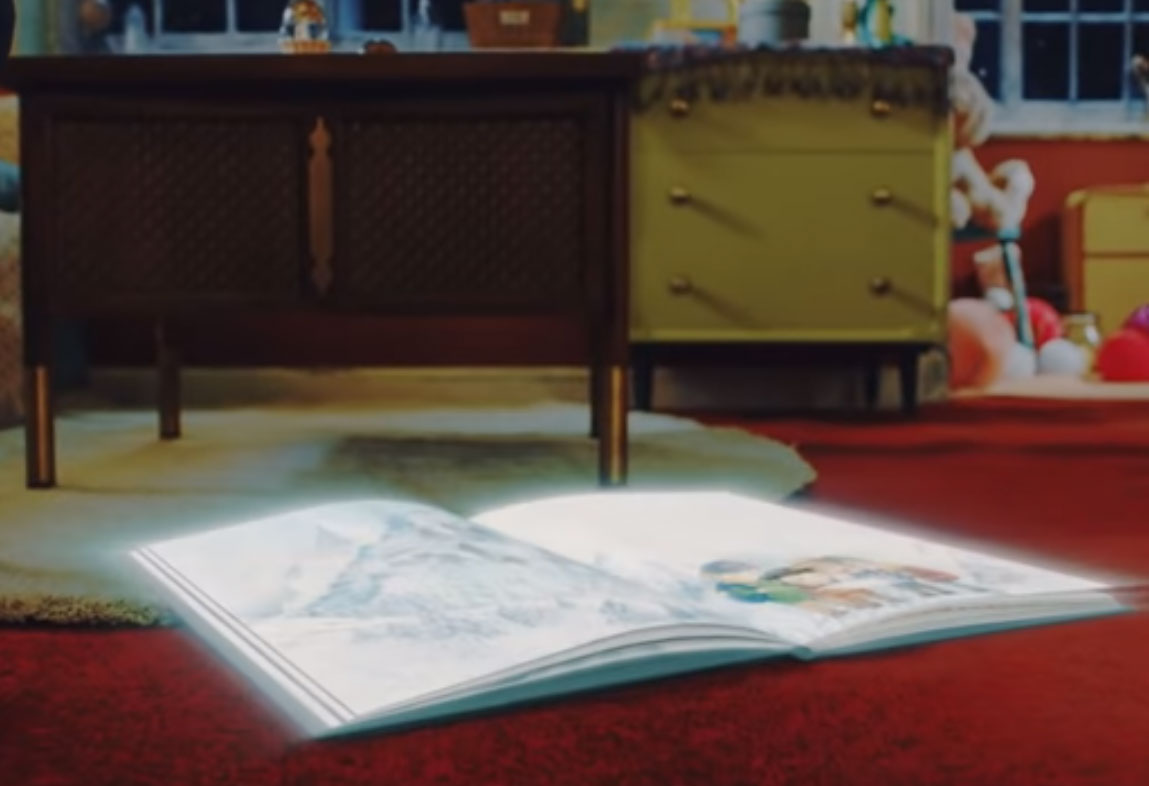 The story book is filled with a range of familiar characters representing different fantasy worlds to escape to. Mina becomes a pirate to escape the rules of society on the mainland. The devil is presented in stories to offer deals to his (or in this case her) victims to escape from a current unfavorable situation. Tinkerbell is the fairy whom gives fairy dust to children to fly away to Neverland and should be noted, the only Twice member seen interacting with the two children. Twice introduces a range of perspectives and storylines in a span of two music videos but with one overarching theme still remains: We’re a part of their story.

The first person perspective also allows Twice to stay authentic as a group, as mentioned before, Twice is in control of the story, not the viewer.  Viewer labels on girl groups such as “girl crush”, “sexy group”, “innocent and pure”, etc. do not apply to Twice as each member is allowed to play a different character in their story and one that makes sense to each member. Mina is slightly flirtatious, Sana is clumsy, Dahyun gets to be mischievous and Jeongyeon retains her chill and sometimes tomboyish style, as a few examples. Their characters are extruded in each music video and when the members get to remain true to themselves the joy and happiness become even more authentic to the “Twice World” they are trying to bring us to. 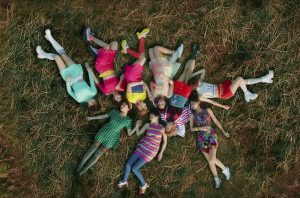 Twice’s method of first-person perspective storytelling is one used in many novels as it is able to convey familiar or new thoughts and feelings to a reader. It can place the reader in someone else’s shoes.  In the case of Twice the shoes they put on their viewers into are familiar scenarios seen in movies or common stories to invoke familiar emotions. Being lost and scared might be one fan’s narrative as they are going through something difficult. Being a lifeless zombie might be another fan’s narrative looking for his/her drive or passion in life. Another fan’s narrative might be they love to read and their head-space is full of old stories.

Regardless of where the narrative is coming from, Twice strength lies in being able to identify with all those stories and from there bringing their fans on a temporary escape to the world of Twice.