EXID Deal with Heartbreak in "I Love You" 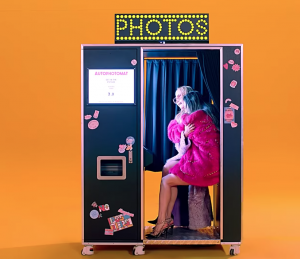 Although it has taken a while, EXID is finally back as a full group to promote their latest comeback single titled, “I Love You.” In between member Solji‘s recovery from hyperthyroidism, the ladies had to make due promoting as four and released the 90’s throwback inspired song, “Lady.” The single both helped ease Solji’s hiatus from the group and refocused EXID onto a sonically different path from their last mini album as five titled, Full Moon which didn’t quite excel expectations.

Now that the group has reformed once again, they are back to bold and addictive sounds which originally helped propel their careers and have released an eye-catching accompanying music video to follow suit.

The track “I Love You” was written by member LE with help from producer Shinsadong Tiger which explains the song’s bombastic single chorus line “I love you like lalala” and the EDM instrumentation that is filled to the brim with synth sounds. The added techno harmony gives the song its addictive flare while Solji adds in her own power vocals that contrast beautifully with Hani and Jeonghwa‘s sultry lower register tones. While the song may not sonically be a complete tangent that diverts from their former releases like “DDD” EXID have become pros in making each comeback feel like something distinct and novel fresh from their loud pop filled discography.

The way in which EXID succeed in making their comebacks stand out from one another is mostly through their music videos which have always been colorful and striking with a touch of provocativeness for good measure. The MV for “I Love You” is no different as it showcases the girls in high fashion attire posing in front of neon quirky sets that detail the aftermath of a breakup. Hani, for example, is slumped in a lucid state inside a purple bathroom while she drunk calls her ex leaving behind only over emotional voicemails. Jeonghwa, on the other hand, medicates her heartbreak by overeating in sweets and junk food that pile up her credit card bill until she is declined her sugar-coated medicine by the cashier. 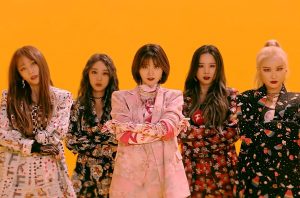 The girls in the MV represent the post break up stage where one tries to bandage the pain of love with a good night out in hopes of taking the mind and body away from the memories of a past relationship. However, we also see them rewinding VHS tapes that are labeled with specific dates of which memories with their lover were created. They voluntary go through each tape, revealing that no amount of alcohol or good times with friends can erase the imprint of memories with a significant another. And although this revelation becomes clear to them, they try to go harder in masking their pain.

In one shot, the group can be seen in a karaoke room belting out their broken hearts through songs. While in another, LE and Solji are in the photobooth at first enjoying their selfie takes but suddenly coming to terms that this fun pass time was once shared with their ex, which brings back a plethora of memories and hence tears. 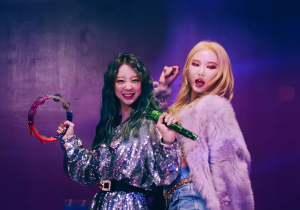 As the night winds down, the consequences of binge drinking are finally seen in Solji as she tries not to vomit on the bus ride home and quickly takes a drink of medication to lessen her suffering. Meanwhile, Hyelin awakens to the realization that she has been taped to the wall as some kind of joke which also acts as a symbol for her struggle to detach herself from her ex. It seems that the more the girls try to rinse their past memories away, the more they make themselves known inside their heads, which is also presented lyric wise within the song.

Wanna hold you wanna wanna hold you
I can’t escape from you, wanna love you
You keep holding and shaking me
Making me float up high 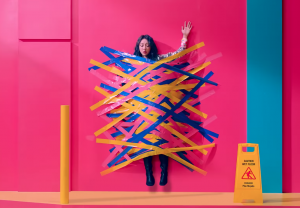 The feeling of memories becoming inescapable is a relatable theme that plays well into the aesthetic of the MV as the girls are total heartbroken wrecks trying to find comfort in all the wrong ways. It isn’t until a special VHS tape is played labeled, ‘Cleaning Tape’ that the group is able to rewind time and re-write over their past memories. Reliving a timeline where they are able to move on emotionally without the constant post turmoils of a failed relationship. In these new memories, the girls at karaoke are no longer tear-stained faces rather they are dancing joyfully with each other celebrating their newfound freedom. Hani even breaks her phone in a dramatic act of confidence as a symbol of her victory over her own sadness caused by her ex who now seems insignificant.

In fact, by the final chorus of “I Love You” EXID have completely changed tones and are striding with confident gazes all throughout the dance breakdown as the VHS tapes of their previous memories burn away in a trash bin. The MV definitely conveys a strong message about how even the hardest memories can be self-written to alter the meaning of a particular recollection of events that no longer hold the same emotions as they did before. And with EXID as the showrunners, they prove that all it takes is a little confidence and a lot of self-love. 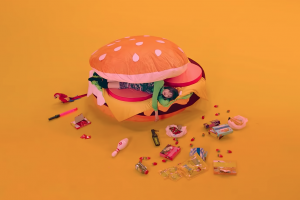 All in all, “I Love You” is a solid comeback from the group that deserves more recognition than what it will probably make. Although, just a single, I hope that EXID can keep the momentum as a full group and reform once again for future comebacks and even more catcher tunes.