Eric Nam's "Miss You" is an End to a Beautiful Chapter 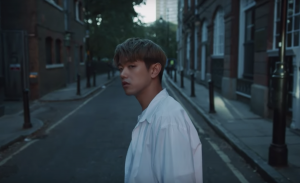 After his sensational return with Honestly… in April,  Eric Nam is back with “Miss You”, an acoustic song that is sentimental and fitting for the autumn. Continuing in the same vein as his “Honestly…” music video, the music video for “Miss You” does not feature a clear storyline, but makes up for this with its interesting cinematography and subtle direction choices.

Filmed entirely in London, the video is full of scenic shots, which is pleasing to the eye even if they do not all contribute to the coherence of the video.  As Eric lip-syncs to the song, he successfully makes every street he walks in his runway, displaying several different styles of fall attire.

What stands out in the video is its constant use of natural lighting, especially in its combination of perfect golden hour scenes with less lit ones (i.e when he was walking in a tunnel). This contrast reflects the painfully honest lyrics of the song, which describe the aching pain of continuing to miss someone (the darker scenes) even if you seem to be getting on normally in life (the bright scenes).

Another unique point of the video is its transitions. Cool image-melding effects aside, the way the music video opens and closes – like the raising and dropping of curtains on stage – is significant in emphasising the way this song is peeking into a chapter of a life. The use of this transition from the first verse to the second one is particularly effective because it signals the start of a new, more raw chapter of the song. Where the first verse is a little more everyday-like and casual, the second verse delves a little deeper and elaborates on the toll this longing has taken on the protagonist.

Despite its sad lyrics, the song is more upbeat than expected. With a snapping beat and a guitar-heavy instrumental grounding it, the chorus is very catchy. Eric also sounds amazing with this instrumentation and in this release, as it capitalises on his most prominent vocal strengths (his falsettos). Rather than being dissonant the contrast between the music and the lyrics more effectively brings out how the protagonist is desperately trying to be strong, get over his heartbreak and get on with his life. With the constant repetition of “I don’t miss you” showing the protagonist’s self-denial of his emotions and the false front he maintains, the moment of vulnerability that comes in the bridge feels like a breakthrough.

It’s time I get over you but it takes time
Will I be alright like this without you?
I’m lying to myself
So I can erase you

Eric croons this bridge soulfully and properly conveys the latent emotion behind its lyrics, making this a clear climax of the track. Of course, this crack in the armour does not last long, and he quickly jumps back into self-denial/persuasion with the spirited final chorus. 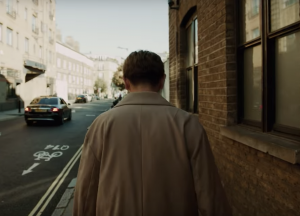 The music video fittingly closes with shots of Eric’s back view, which expresses how the protagonist has finally turned his back on his past relationship and has left behind his feelings of longing. He is bound and determined to move on to a new chapter, which can only be possible if he first ends this one.

“Miss You” is a particularly lyrically strong release from Eric Nam, and it has been wonderful to listen to all the new songs he has put out over 2018. While he does have a tendency to opt for trendy music styles, he manages to complement them (as he has done here) and make them his own, demonstrating his versatility as a singer. I am definitely looking forward to his future works and growth as a singer.