The Rose Make a Touching Return with "She's in the Rain" 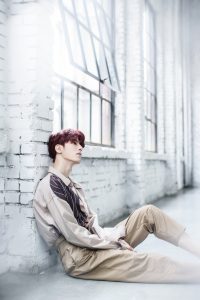 The Rose is certainly on track with making a name for themselves thanks to their mixed sound of pop and alternative rock.  In a similar strain with idol band Day6, The Rose has slowly risen up the ranks showcasing their talent for minimal instrumentation and sentimental ballads that highlight the member’s impressive vocal skill. Just a year ago, the band was able to usher in modern rock with their second ever single “Like We Used To.” And Most recently, they continued to impress with the vibrant, “Baby” which signaled a new turn for the ensemble.

After ample anticipation for their return, The Rose has arrived with their second mini-album, Dawn which includes the title track, “She’s in the Rain.” Although the song is a slight return to their debut sound of sentimental rock, the band still puts their best foot forward and reveals a new layer of vulnerability fans have not yet seen from the group.

“She’s in the Rain” seems to be dedicated specifically to those who have become weary from loneliness and the harsh realities of life. In a way, it feels like the song was torn straight out from the diaries of people who have felt isolated by the struggles that come with being human. The Rose brilliantly use the symbolism of the rain to visually display how the burden of such struggles toils with one’s psyche and well being. This is shown through the mysterious girl that wanders around mindlessly while the black and white jump cuts make it clear that she is in a somber state. While the boy follows her throughout the storyline of the MV, he seems to be in desperation to save her. Yet all he can do is take pictures of her as several jump cuts reveal his memories of her when they were filled with happiness and joy. 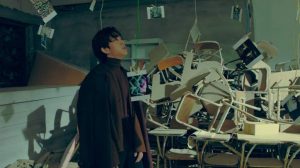 Approaching a similar somber tone as the MV, the song’s instrumentation opens with a delicate strumming of an acoustic guitar as Woosung chimes in with an airy vocal tone. Woosung admittingly sings to feeling like no one is capable of hearing his sorrows as he is quietly disappearing behind the grey dull mist of everyone’s memory. As Woosung’s voice breaks with his last lines, the melody breaks into an aggressive but powerful chorus.

Do you hear me? even if you’re hurt you don’t show it
I’m afraid of seeing the end
your eyes already have no thoughts inside
She’s dying inside, she wants to think that it’s a lie

The lyrics are haunting as the visual narrative shows the boy joining the girl into the rain, soaking him instantly. The action indicating that he would rather share her burdens than not have her at all. The lyrical context of “She’s in the Rain” fondly presents a story that carries hope until the end with the premise that we can all save someone in need, even if we don’t feel the exact things they feel. On the song’s final moments, the tone shifts, and hope is released by the members as the screen is awash with color when the band comes together for the final sequence. 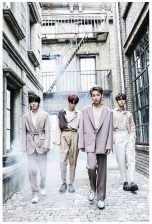 The Rose is soaked in the rain but there is a sense of contempt and liberation as they harmoniously sing “We’re in the rain.” The pictures which are shown dangling from the ceiling throughout the MV is a strong representation of the memories The Rose has experienced together. While the final take, when the band is jamming out despite the heavy fall, represents an action rooted in loyalty as the members display a strong sense of willingness to never leave their bandmates behind, for better or worse.

The touching return from The Rose is quite unexpected even when fans know that they are an emotionally driven group. “She’s in the Rain” is another solid release from the indie band who seem to be constantly defining expectations. Although The Rose tends to be grouped with the likes of Day6, they are certainly searching for their own color that seems to be a shade no other band can match. It’s only a short time before they really start to hit it big and we, fortunately, get to see more from the ambitious group.