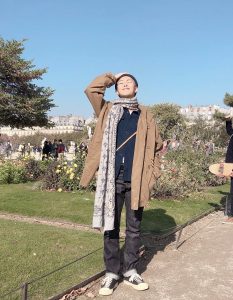 It’s been a busy year for BTS. They wrapped up the first leg of their Love Yourself tour that included their first stops in Europe, and were the first K-pop group to perform at the Citi Field Stadium. RM gave a speech to the United Nations on the state of the world’s youth. Amidst this, RM dropped his second mixtape, Mono, with an accompanying MV for the final track on the mixtape, “Forever Rain.”

“Forever Rain” is a slower paced song, one that emphasizes a more emotional delivery. While there’s a variety of instruments used throughout the song, the stand outs are the heavy drum beat and the quiet piano melody. It feels like the kind of song you’d listen to while contemplating a rain storm.

Other than the heavy drum beat, the song does not contain a hint of the usual hip hop that one might expect of BTS’ leader and main rapper. If someone put Oh Hyuk’s voice over the melody, “Forever Rain” could easily transform into one of Hyukoh’s slower songs.

RM excels in writing introspective lyrics and “Forever Rain” just furthers that. He’s also known for being honest about struggling with depression and feelings of inadequacy. The lyrics reflect these themes similar to that of a few songs on RM, his first mixtape, like “Awakening” and “Adrift.” In the very first verse of “Forever Rain,” RM raps:

Though simple, the lyrics are layered: RM expresses his exhaustion with being sad and so public, and wishes that for once he can rest and find some sort of peace. He craves the simple anonymity that comes with being able to hide in a crowd. But as a public figure, his face is recognizable, whether he desires it or not. 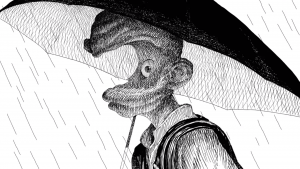 Visually, the MV is simple. It’s the complete opposite of BTS’ most recent MV, “Idol.” While “Idol” was a dizzying watch at times, “Forever Rain” is stripped back, with only the absolutely necessary included to help convey the song’s message. It’s monochromatic, with only black and white animation. The character that acts as RM’s stand-in walks on a black walkway, surrounded by people with umbrellas. At times, the audience gets a close up of the different faces walking by RM. Most of them are distorted or grotesque looking. All the movements are slow, the same way RM wishes his rap and life were like in the first verse. What’s interesting is that RM is the only person in the MV with his feet firmly on the ground. The other people surrounding him float while covering their faces, possibly to emphasize the disconnect RM feels from the world. 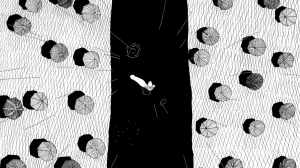 Other than the obvious motifs (umbrellas, falling raindrops, the shadow that is perpetual on RM’s face), a bird appears a few times to fly then disintegrate as RM raps, “Slow jam, slow rap, everything slow.” Birds typically symbolize freedom and, to a lesser extent, escape. By having a bird materialize from a raindrop then disintegrate back into raindrops, it’s possible that RM feels like his freedom is tied with having to hide in sadness.

The minimalist aesthetic fits the both the song and the mixtape’s overall vibe. The animation style used reflects the lyrics but also allows the song to be the real star. The lines are scratchy, and the shading relies mostly on cross-hatching, furthering an atmosphere of aesthetic grunge. The way the lines shift and shake adding to what RM’s uncertain and yearning lyrics. The overall art style creates texture and visual interest in what could easily become a boring video. 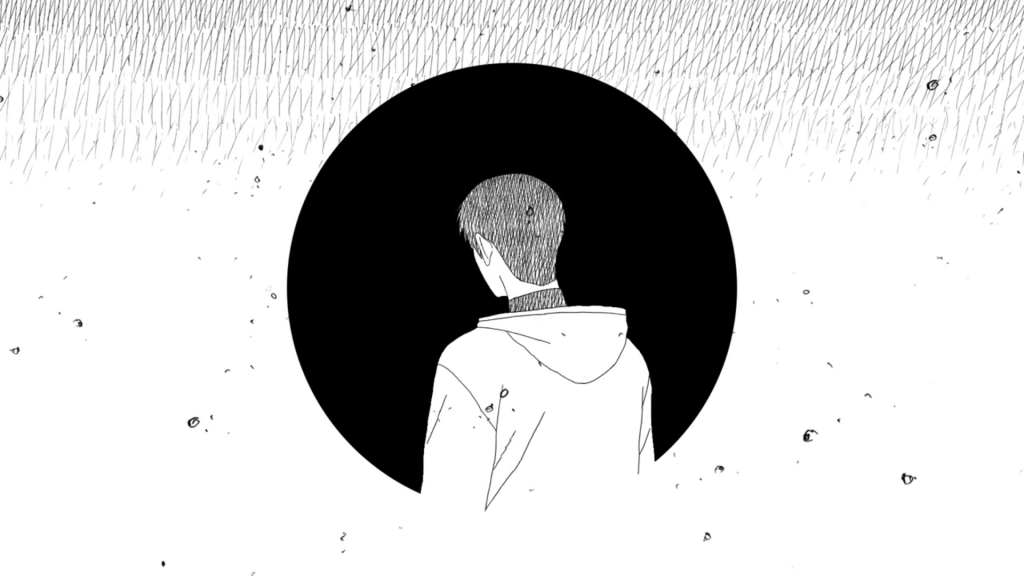 While the song itself isn’t a grand departure from the styles RM and BTS have used before, “Forever Rain” gives us another look inside of RM’s mind. The monochromatic and simple visuals support the insightful lyrics. Through his music, RM makes an earnest, continued effort to make sense of his place in the world. Everyone wishes they could both be seen and unseen; “Forever Rain” speaks to that universal desire while still remaining personal enough for RM.