BoA's "WOMAN": A Vintage Voyage Through Her Eyes 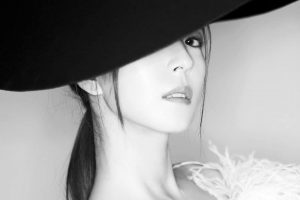 BoA is the queen of K-pop. There are few statements about music that can be uttered with any sense of definitiveness, but that one is undeniable. And yet, she’s someone I don’t have a lot of experience with, in part to to the daunting nature of her long history in the industry. After all, she’s been active since before I was aware of music as a concept. Yet, with the release of her ninth Korean album, WOMAN, I decided to bite the bullet. And WOMAN is a strong album, one that packs a lot of punch, but it doesn’t quite hit great for me.

Across the board, the production on WOMAN is incredible. It’s bathed in tones from the late 70s and early 80s; a lot of funk-inspired basslines paired with house-influenced synths. There are touches of disco and New Wave, in addition to more modern reggaeton and tropical house. Yet, it all retains a firm level of cohesion due to how these sounds are used. In their day, funk, house, and New Wave were raw and raucous. Here, BoA uses them as vintage sounds, with the class and sophistication that older entertainment is frequently stereotyped as having over modern works.

WOMAN is an album that is well-built from the bottom up, having some of the best usage of bass this year. It leans heavily towards rubbery and danceable, giving some real energy and infectious melodies. The title track is a prime example, but “Little More” is another notable one, with the bass barely audible in the mix, but providing a feeling of fullness and body to the track. Other solid basslines are “Good Love”, “Like It!” and “Encounter”.

The other aspect of WOMAN that showcases the impeccable construction of the album is the firm grasp and execution of rhythm, specifically the use of steady rhythm. While the songs avoid repetitive sections as a whole, one short rhythm pattern will remain on repeat, which gives WOMAN a driving energy and perpetual sense of forward momentum. This keeps the listener engaged and focused on the music; it’s almost impossible for WOMAN to slip into background noise. I especially want to highlight “Irreversible”, which despite being a ballad is not a sparse piano arrangement. Instead, it’s full of softer synth lines at a decent BPM, and it’s all the more powerful for it.

I do have one gripe with the production, though, and it’s the mixing. Not even all the mixing, just BoA’s placement in the mix. Her vocals are buried under the instrumentation, which combined with her more delicate voice means she often feels inaudible. It’s such a solid album, but BoA’s practically washed out of her own music.

While the style of WOMAN is impeccable, the content is really what keeps it from achieving greatness. It’s an interesting piece with a great approach, but there’s much potential here, and the juxtaposition of what is and what could be makes the reality sour a bit. 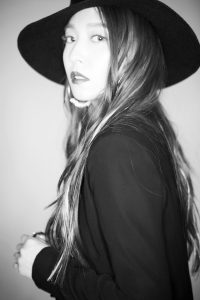 The bulk of WOMAN is filled with songs about relationships, which is nothing new. The twist here is the lack of objective framing. With relationship experiences ranging from one-night stands to angry break-ups, the only information we’re given is BoA’s perspective and emotions. We have no idea if her boyfriend was justified in leaving after her angry outburst on “Irreversible”, her fears about her lover’s infidelity are as unbased as she convinces herself, or the new love she feels in “U&I” is reciprocated.

All we have is how BoA sees her relationships. The result is a portrait of a woman who falls in love quickly, but has trouble with the shift from romance to relationships, and is more inclined to start over with someone new then fix what’s wrong. Not flattering, but very humanising, especially coming from someone whose career is old enough to vote.

On their own, the last nine tracks are a solid album that give no room for complaint. The issue is the title track “Woman”, which blows every other song out of the water. Here, we have BoA as a righteous force for womankind. She’s taking a sledgehammer to every male troll who’s tried to tell her to change. She references her earlier hit “Girls On Top” and those who responded by pressuring her to become more feminine and more adult, to better fit their ideas of women. Now, she mocks them as someone confident in her own skin, and that fact — regardless of femininity — is what makes her a true woman.

Comparing the fury of “Woman” to the rest of WOMAN feels unfair, as they all feel equally honest in regards to BoA’s feelings; which makes sense considering she wrote 6 tracks, “Woman” included. But going from a middle finger to the patriarchy to a self-portrait of BoA’s romantic entanglements is frustrating because we’ve had a taste of something mind-blowing that is followed up with merely good.

Despite the undeniable feelings of missed opportunity, WOMAN is a really good album. It lets BoA show off what 18 years in the music business can allow someone to do, both behind and in front of the mic, and it’s something I plan on replaying for a long time to come.