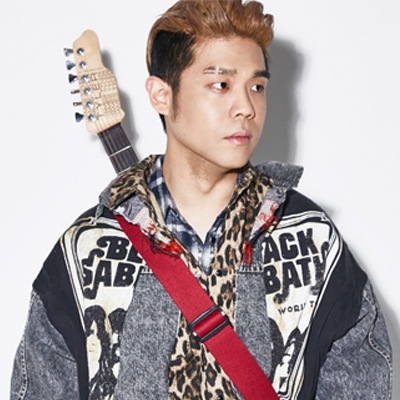 Hip hop label Just Music has a variety of artists under its belt, from Show Me the Money 5’s runner-up C.Jamm, to High School Rapper’s Osshun Gum, and even the ever controversial Black Nut. Yet, it has not been the best year for them, with the fiasco surrounding C.Jamm and Bill Stax. Swings and Giriboy are making appearances on the current season of Show Me the Money 777 as producers, pushing the company back into the light. Beyond the surface scandals that are making the news, perhaps what they really need is more attention paid to the talents they have hidden in their company.

Han Yo Han is a special figure in the small handful of artists under Just Music for the single reason that his forte is the guitar. Calling himself “guitar man Musashi,” he makes music that blurs the line between hip hop and rock. The electric guitar features heavily in many of his tracks, making his music stand out from the electronic beat making of many hip hop tracks these days. Despite having put out EPs as early as 2015, his career really kicked off a year later when Just Music reintroduced him into the music scene – and after such a serious dieting phase he even wrote a song titled “Diet” in his 2016 EP Musashi.

Musashi is a teaser for what he has to offer in the two years following this image makeover. “Curt Cobain” and “I’m Sorry” are nothing short of being hard rock headbangers – full out metal screaming, heavy drums and power riffs, but interlaced with rap. On the other hand, “School Reunion” presents a lovelier acoustic tune. Not only is the versatility of a guitar demonstrated through Musashi, which only contains 5 tracks, Han Yo Han’s own flexibility in music styles shines through. 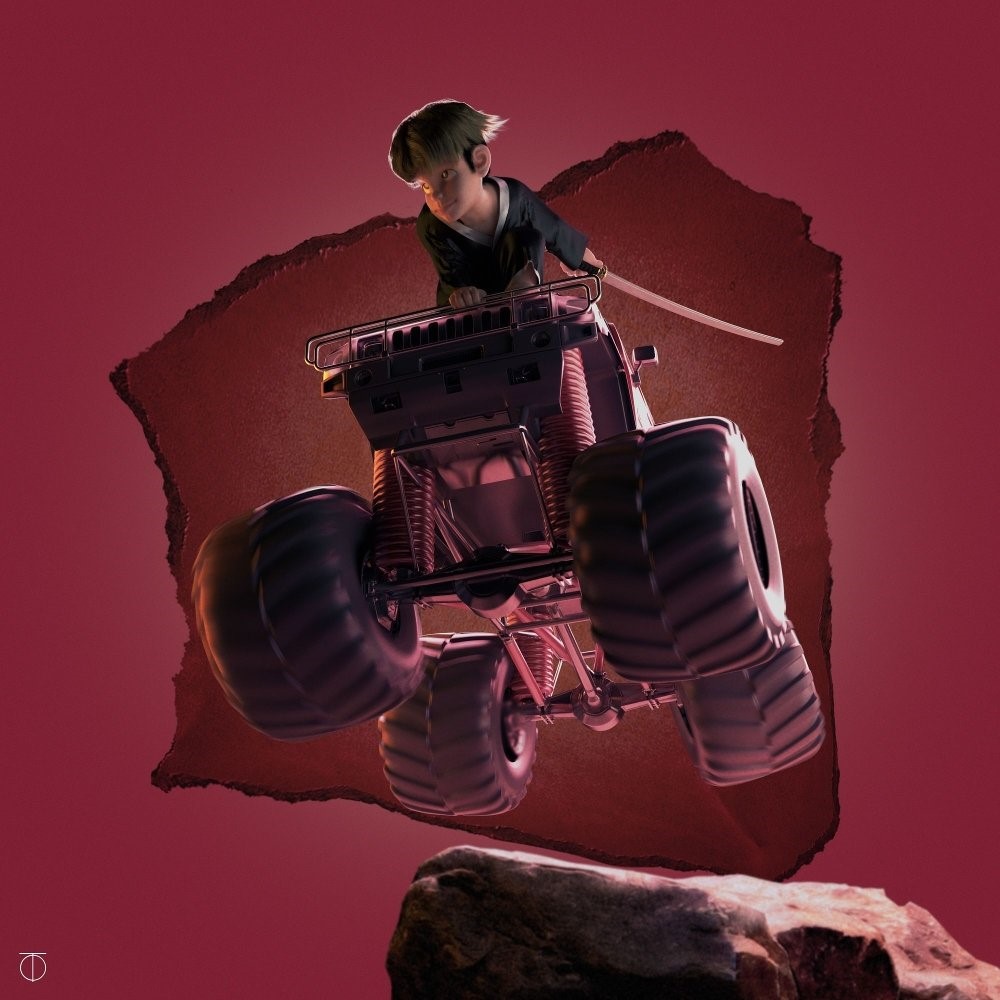 After Musashi, his repertoire of songs just keeps growing. In two years, he has released an album, The Blade Dance, and two EPs, Musashi II and Dragon Bike. One the most iconic of his songs would be “Bumper Car,” being a track that summarises his musical style best. Released as part of Musashi II, the song would fit brilliantly in the climax of a metal concert. The track starts off with familiar power riffs and easy to follow lines, but the brilliance of the track only shows when the rap verses start. It is hard to balance an admittedly cacophonous melody and rap that requires attention to lyrical delivery. Young B and NO:EL have their verse delivery outlined by the strategic entrances of the electric guitar. Han Yo Han has composed a melody that not only makes room for the featured rappers but go a long way in highlighting their unique flows.

This focus on using real instruments differentiates Han Yo Han’s music from run of the mill hip hop tracks. Instruments add a layer of musical complexity that might seem unfamiliar in the hip hop scene, especially when it involves a fusion between the distinct styles of rock and rap. It is hard to even identify any other artist up the same alley as Han Yo Han, himself being such a skilled guitarist. To a certain extent, he is an invaluable asset for live performances. He makes countless appearances in the live stages of Just Music artists, though sadly receiving far less recognition.

During the season of Mic Swagger Booth, his appearance with Giriboy shows his ability to remake and expand hip hop beyond mere synths and electronic beats. His work raises hip hop to a different level of sophistication – genre categories are blurred to deliver music as just music.

Framing himself as “guitar man Musashi,” he creates an image of himself as a Samurai warrior. This portrait is wonderful not only because there is a redrawing of the musician and guitarist as an ancient heroic figure. The label lends itself to a broad range of aesthetic imageries, which he has since capitalised on. Album art might not be the main focus all the time, but Han Yo Han’s album concepts are gorgeous to look at in its blend of modern and ancient, pop culture and classical images. Moreover, the crossover between cultures (Japanese and Korean, Asian and Western), make his aesthetics even more appealing. This sense of remaking and fusion crosses over to his music. Songs like “Kawaii” and “Super Saiyan” clearly draw on Japanese influences, though of course not without bringing pop culture into the picture.

However, novelty is not the only thing that Han Yo Han brings into the scene. He makes sure to set a solid base for his music. His most recent EP, Dragon Bike, is a perfect culmination of his idiosyncratic visual aesthetic and musical style. The EP opens with energy driven rock tracks, “Baby I’m A Rockstar” and “Mood Maker.” The turn of tone begins with “Kawaii,” allowing the EP to carry on with more sentimental songs. 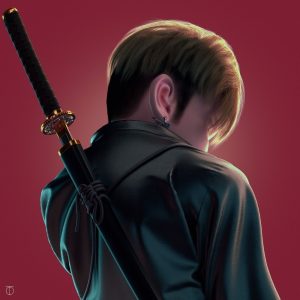 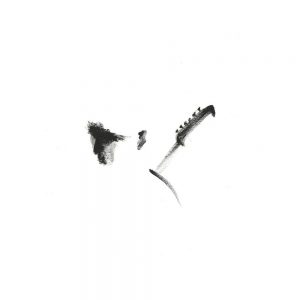 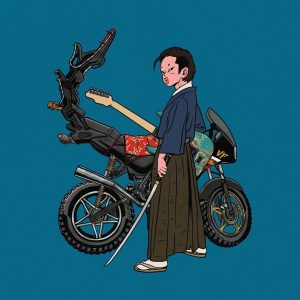 Among the remaining few tracks, “Green Bike” and “1.2GB” are worth special mention because of the poeticism of its lyrics. Tracks for hyping a crowd might be fun to listen to, but acoustic tracks like these two always tell more moving stories. “Green Bike” speaks of realising his own age, and the worrisome burdens of having chosen to make music. On the other hand, LeeSA’s vocal portions in “1.2GB” add an unexpected melancholic depth to the track as she conveys her lines:

I am caged in alone with the past, today as well
I am not the only one like this
Making excuses today as well

Perhaps its having real instruments, perhaps its Han Yo Han’s brilliant musical sensitivity reflected in his composition… Regardless, I always find his works achieving a sustained musical complexity hard to locate in other hip hop albums. Not only is his music style varied, so is his manner of vocal and lyrical expression. Rappers tend to find it difficult to break away from a particular style of delivery, but Han Yo Han manages to manipulate music to his advantage and present a diversity of listening experiences.

In a recent feature on Dingo Freestyle, he complains at having being neglected despite his constant cameos for various Just Music productions and promotions. In return, he has a specially dedicated episode where he meets a fan. Adorable as it is, it also really makes me wish his music and talent would be appreciated even more – especially as he continues to push the boundaries of hip hop, rap, while at the same time questioning the significance of genre labels. If he calls himself “guitar man Musashi,” the question would then be if there is more than the mere aesthetics of a Samurai. Is there something he is really fighting for as a musician? A careful listen to his works would suggest the answer would really be the breaking of fixed aesthetic forms, and to help the conventional musical instrument work its way into the electronic world of today.