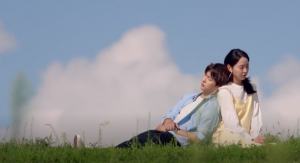 In the first part of 30 but 17, there were many mysterious occurrences and elements that intrigued the audience and kept the show from being just any old rom-com. However, as the story progressed, it only led to depressing revelations, leaving the audience with unanswered questions. Obviously, viewers already knew going in that the show was on the drama-heavy side. The story started off with a horrific bus accident that left the female protagonist in a coma for 13 years. On top of an already sad story, more sorrowful events were layered on to create a gloomier tone. Adding more tragedy is a cheap and easy way to keep a story dynamic, but doing so failed to even contribute to any character development or romance. At the very least, the characters do overcome their trauma and eventually learn to function in society as empathetic and mature individuals.

The romance between Woo Seo-ri (Shin Hye-sun) and Gong Woo-Jin (Yang Se-jong) develops as they both awkwardly learn how to be in their first relationship at the age of 30. The chemistry between the two is there but, since they are both portraying inexperienced characters, oftentimes they seem to be mere close friends. Yoo Chan (Ahn Hyo-seop), the young second-lead, does little to create tension, and gives up his pursuit fairly easily. Overall, the main relationship between the protagonists was cute and endearing but dull at times.

What was more disappointing was the severely underused Kim Hyung-tae (Yoon Sun-wook). It would had made more sense for the drama to place more focus on him as Woo-jin’s competition. Hyung-tae dedicated his career to Seo-ri and decided to become a doctor in order to help her wake up from her coma. Hyung-tae’s character is even shown early-on as a friend of Seo-ri when they were teenagers. However, for some reason, the audience is kept waiting far into the season to finally see the two introduced as adults. Unfortunately, the reunion was uncomfortable, and Hyung-tae is treated like a crazy stranger. It was rather pointless for the writers to portray Seo-ri’s doctor be a romantic suitor, only to end it in such a manner. The story would had worked out the same if he had just been nothing more than her doctor. 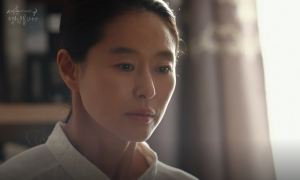 Many of the mysterious characters and disappearances were revealed, though these threads were resolved too quickly while still leaving some things unclear. Jennifer (Ye Ji-won) in particular had a devastating background, and viewers only get one instance in which she expresses how it affected her. Furthermore, she is not given any closure and, after a time-jump, she suddenly transitions from her robot-like characteristic to a livelier personality. Her metamorphosis was jarring and there was no clear indication on how it had been accomplished. Regardless, Ye Ji-won did well in her comedic performances as Jennifer, and her character was definitely memorable.

Seo-ri’s character also fails to resolve her feelings with what happened to her after the bus accident and the unfortunate events that occurred afterwards.  It was difficult to watch her continue to discover terrible news in her search to find out what happened to her family and why she was abandoned. Even in the finale, Seo-ri is still trying to reach out to her aunt who does not even want to look her way. Once again, it seems like more tragic events piled on top of each other for no other reason than to create drama.

However, Seo-ri does come to terms with her age and accepts that her dreams will be different now. She learns not be afraid of getting older and is able to make plans about what kind of career she would like to pursue despite her current age. While it is sad that she missed out on her youth and several experiences, she decides that she does not have to keep chasing the life she would have had otherwise. In doing so, she makes the jump from teenager to adult without feeling like she had to rush through life to catch up. 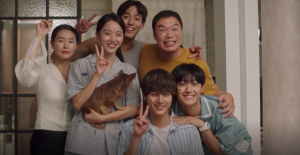 Woo-jin does go back and forth with his personality, even though he also matures over the course of his relationship with Seo-ri. He learns to tackle his emotions and problems without running away and becoming a recluse like he did before. Whereas before he was cold and kept to himself, he develops into a more affectionate and approachable person. Overall, it was through his relationship with Seo-ri and in wanting to stay by her side that he is able to socialize better with his friends, family, and coworkers.

While 30 but 17 started off with some interesting elements that catches one’s attention, it unveiled nothing interesting that added to Seo-ri’s and Woo-jin’s romance or their character development. However, the drama does do well in tying back into its main concept in showing a characters’ growth after a tragedy. The main characters overcome their past and are no longer emotionally stunted after the accident. Seo-ri, Woo-jin, and Jennifer change in different ways and stop lamenting the traumatic events of their past.