GFriend Awakens From Their Slump with "Sunny Summer" 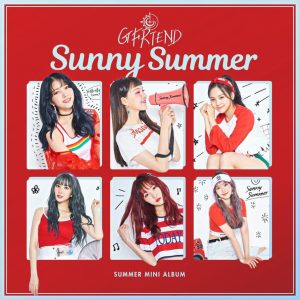 For a good while now, beloved superstar girl group GFriend seem to have hit a dense roadblock with their constant lackluster releases. The origin of this unfortunate problem can be traced to when the group took on a bold girl crush concept with “Fingertip” that didn’t leave much to be desired. Following this unexpected bold change, GFriend too easily deviated back into their comfort sound that ultimately left no pot of gold underneath their “Rainbow” release. Even the group’s latest and the better of their releases “Time for the Moon Night” was dulled down by the EP’s repetitive musical tone that could very much blend into the rest of GFriend’s discography.

With the full heat of summer blazing down, GFriend has returned yet again to hopefully atone for the group’s repetitive musicality with their summer mini album rightfully titled Sunny Summer. The EP consists of five tracks all revolving around the different atmospheres and emotions that the smoldering summer heat can deliver unexpectedly. For the most part, Gfriend seems to be trying a new recipe for their recent comeback by teaming up with Black Edition and Duble Sidekick, both of whom are most well known for producing some of Sistar‘s most iconic summer jams. With Sunny Summer, the group may have finally awoken their inner potential to grow as artists. However, traces of repetition can still be heard, leaving an awkward gap that may or may not be hard to cloak for the superstar group.

GFriend’s title track of the same name comes with the standard sound fans have come to recognize thanks to a variety of girl groups making their way into the summer promotion cycle. “Sunny Summer” is composed of an upbeat synth-pop instrumentation that blends in with its fast-paced percussions and funky brass belts. It is not the typical run-of-the-mill GFriend sound, which is a welcome shift. The track does, however, lacking in substance. That lack of substance then becomes like an itch in the back of the throat you can never fully reach and therefore you are left undoubtedly unsatisfied. This unsatisfaction then turns into disappointment knowing GFriend has released another inferior single that in no way reflects the full potential the group is capable of accomplishing. 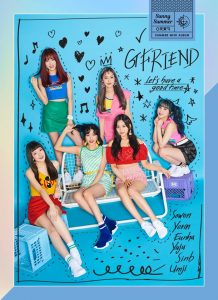 After the let down of the title track, Sunny Summer thankfully picks up speed with the introduction of the refreshing and sweet melodic “Vacation.” The instrumentation of the track surprisingly succeeds with the unexpectable trap synths in the pre-chorus hook accompanied with the group’s united harmonies that add to the catchiness of the song. As for the lyrics, GFriend are not afraid to turn full on sweet as “Vacation” pleads for the excitement of summer and someone to spend the whole day with by the beach.

We’ll meet someday
Go around the earth in rotation, waiting for our vacation
Where ever we go it should be refreshing
Drench me in water lover, our exciting summer v.a.c.a.t.i.o.n

GFriend only seem to get more infectious with their lyrics on the song “Sweety.” As the personal favorite among the EP, “Sweety” should be praised for its continuous lyrical narrative that plays with the use of figurative language resulting in charming and humorous verses that only get more sweetened with each listen.

The one moment when you fall in love,
It’s dangerous when you can’t get out
It’s not even like sweet chocolate
But even if it’s melting, I will fall for you 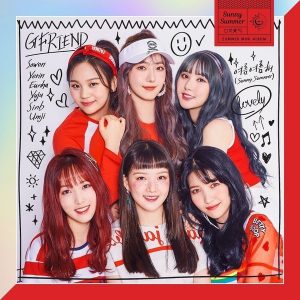 The widely spoken notion that too many sweets are bad for you has completely surpassed GFriend’s warning radars. They can’t get enough of the sugar-filled desserts that metaphorically symbolize the tender and mushy sentimentality of first love, even if the sugar high will inevitable meet its end like the gradual melting of chocolate. Apart from the song’s smart play on words, the production of “Sweety” falls toward a more electronic and sonic sounding vibe that achieves to differentiate “Sweety” from the rest of the EP and bolts the song forward as one of GFriend’s best.

Sunny Summer‘s closing tracks “Windy Windy” and “Love in the Air” have a very troubling potential to be heard as simple b-tracks that have been seen previously with GFriend’s past work. However, it is important to argue that within any collection of musical work, continuity must be present. Since Sunny Summer is a seasonal conceptualized EP, every song designed for this project does certainly follow a theme that subsequently overflows over to the production side of the album. “Windy Windy” can be placed within other frameworks of GFriend’s comebacks like their first debut album LOL. But it is within this specific summer framework in which the songs work best and therefore their full potential can be easily appreciated. 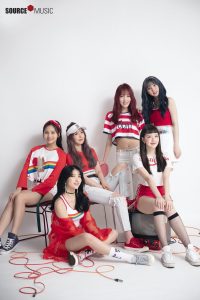 “Windy Windy” is a sleek production of fast drum beats and a catchy melody that reflects upon the biggest memories summer can create. In contrast, “Love in the Air” has a much slower build up, but by the chorus, patience is rewarded with beautiful guitar and symphonic synths that make for a satisfying album closer. The lyrics of “Love in the Air” seem to greatly detail the beautiful force of tranquil nature as it has an alluring factor that everything will be alright in the end.

Can you see the magic it’s shinning
The force of gravity, I do do do
Hey the clouds are calling
Say one two, the flowers are blooming
Everythings going to be ok

Even as GFriend have appeared to awaken from their long-running slump, Sunny Summer is still far from a perfect project with its definite flaws and the lackluster title track. There is no wishful thinking that GFriend will rise spontaneously and take reign as summer queens – a still noticeable empty spot left behind by Sistar. However, with this latest comeback, GFriend has finally opened up and is indicating they are ready for change and progression of themselves, not only idols but as artists.