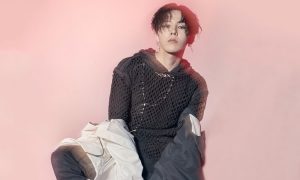 A few months after his active duty enlistment, G-Dragon suffered an ankle injury and has been treated at an Army Hospital in Gyeonggi Province. On June 25th, Dispatch released the news that Big Bang’s leader was recovering in a private room with all sorts of comforts, a privilege that a soldier of his rank would not have been granted. On the other hand, it has also been revealed that G-Dragon suffered several privacy invasions, with other soldiers monitoring his every move on a daily basis. Is the special treatment offered to G-Dragon considered unfair in comparison to his fellow recruits or a legitimate way of protecting his privacy?

The first article by Dispatch addressed how G-Dragon was allowed to stay in a VIP room designated for colonels, fully furnished with air conditioning, a refrigerator and its own television. Soldiers of G-Dragon’s rank are denied all these privileges and have to recover in rooms of four, six or eight with tight visiting hours. According to Dispatch, someone likely to be G-Dragon’s manager had been visiting the idol past the allowed times.

YG Entertainment promptly denied all the accusations and explained in detail what G-Dragon’s injury consisted of. The singer enlisted with an already injured ankle. Because of that, bone’s fragment apparently damaged his ligaments and made surgery necessary. According to their representative, the singer was staying in a small simple room for security and privacy reasons. The agency also denied any staff visiting G-Dragon: his family and close friends were the only visitors.

Dispatch was quick to come up with a rebuttal, getting in detail about G-Dragon’s room number (which happens to be a colonel room) and the exact number of days he took as sick leave (33 in a two months span). This time the Ministry of National Defence rebutted with the following statement:

[…] since there was a request for privacy protection, he was placed in a single room. Hospital is where many people come and go. Placement in a single room was a measure to prevent disturbance and confusion not only for G-Dragon but also for other patients’ stability. Calling this a special favor doesn’t make sense. Single rooms in a military hospital are opened to any soldiers and executives in case of necessity. A terrible snorer and a patient with multidrug-resistant bacteria were placed in a single room in 2017. 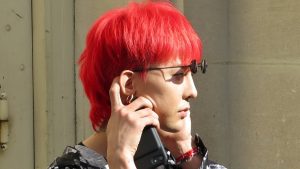 Shortly after, a disturbing Instagram post containing leaked private information of G-Dragon surfaced. The post consisted of a snippet of a letter a soldier’s girlfriend posted on social media. In what the writer calls an “Observation log” he listed a series of G-Dragon’s habits, the exact number and position of his tattoos and moles, his underwear and shoe size, all the medicines he’s taking, information about his pets and even the name of his mental health hospital. This discomforting invasion of privacy helped the singer gain some sympathy from the general public.

Serving in the military is generally regarded as an unpleasant experience for Korean men, hence the public is extremely (yet legitimately) sensitive when it comes to it. With many celebrities breaking the army’s laws in the past, it’s understandable that the public demands equal treatment for everyone, celebrities included. The most blatant case might have been Se7en and Sangchu’s: in 2013, the two were caught red handed by reporters as they were visiting a massage parlour in civilian clothing, drinking alcohol and using their mobile phones. Their abuse granted them some time in the army’s jail and the abolition of the so called “celebrity unit.” Celebrities in the unit could spend their mandatory service in a less arduous manner, as celebrity soldiers only served as a kind of mood booster for everyone else.

G-Dragon has been given perks that an average soldier probably would not have been granted, but in this case it has been rightfully so. Being probably the most famous idol of his generation, G-Dragon’s sole presence in a specific unit is source of buzz. No matter the intentions of treating him like everyone else, he is too big of a celebrity to go unnoticed. Since there have been instances of his private information being leaked by fellow soldiers, keeping him in a private room seemed to be the wisest move. 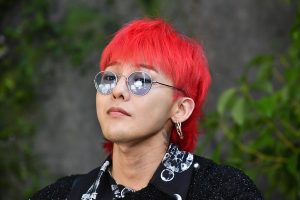 Everything surrounding special treatment in the army is undoubtedly a delicate matter, but what seems really strange in this situation is that this time the public seems to have gotten upset over a situation that isn’t even nearly as severe as scandals like Se7en and Sangchu’s. Given how both Dispatch’s and YG Entertainment’s versions appear to be believable and there is no exact way to tell who is twisting facts, it is up to the individual to pick sides. Still, the perks G-Dragon allegedly obtained have been permitted by someone. In cases like this, it would be more fair to look at the bigger picture and properly investigate regarding the higher ups. While the public’s attention might be focused on G-Dragon, across the board, special treatment in the army is still a deep-rooted problem.