Astro Experiment with Aesthetics in "Always You" 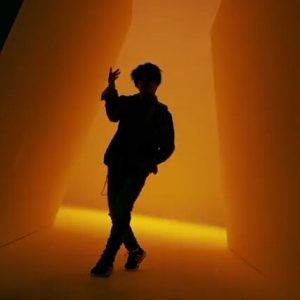 “Always You” marks a clear departure from the sound and visual style Astro have honed since their debut. The song comes at a turbulent time in the group’s career, with promotional activities for the release of their special mini-album Rise Up limited by a pushback in schedule in the midst of Fantagio Entertainment’s ongoing troubles. With their timeline squeezed and company scrambling to make ends meet, it is a bold move for Astro to choose this moment to change things up.

It’s also business as usual, with “Always You” building on the more mature image Astro introduced in “Crazy, Sexy, Cool” last November. It’s a testament to Fantagio’s faith in the group – and the talent of the members – to opt to run with this concept shift, rather than drop another song that fits their boy-next-door image.

“Always You” is an unusual video in the K-pop realm. The clip draws on its use of setting and colour to play with light and cinematography; evoking the song’s wistful mood while keeping pace with the sharp rise and fall of the EDM drops. In an industry that revolves around the visuals and charisma of its stars, “Always You” shows Astro in silhouette, and slices through its choreo scenes at odd camera angles, rendering the members an ethereal blur. By focusing on the details of the imagery, this MV draws the viewer into its story, enabling Astro’s more melancholy concept to come into its own. 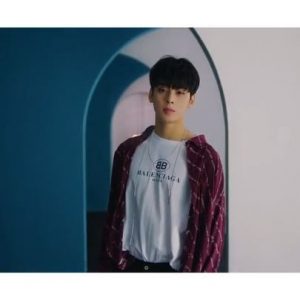 The MV opens with shifting scenes of the members standing motionless, slipping in and out of the shadows as the scenes move around them. The contrasting cool and warm tones of teal and orange make each shot stand out distinctly. This, in turn, highlights the playful use of the camera to transform the audience’s perspective, with oblique angles giving the impression that the world of the video is spinning around the members inside. The minimalist sets enhance this idea, seemingly layered in a maze-like structure, with Eunwoo glancing back at the camera through myriad arched doorways. The sense of being lost and trapped in a memory is encapsulated in the lyrics, as Moonbin and Sanha sing the first verse:

Do you remember that last day?

Remained in my heart

It left feelings behind and kept circling my mind 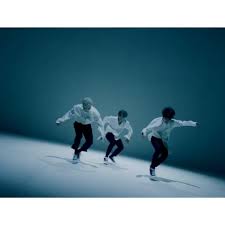 The video’s experimentation with visual effects continues in its use of lighting. Shadows flit over the members as the camera pans around them, giving the impression of time passing while they remain trapped. In the performance scenes – typically a centre-piece of K-pop music videos – the focus is on the flowing contemporary sequences rather than the boys executing them. The members dance alone, in groups of two or three, rather than united, and the camera never stops moving around them. The dance becomes part of the central driving motion of the video, fuelled by the shifting shadows, the shots of the members running — or just turning their heads — in unison, and grounded by the ever-panning camera. 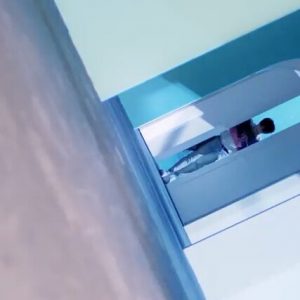 This momentum is echoed in the song’s multi-layered production, pieced together by stellar hit-making team Duble Sidekick, who have partnered with 2PM and Mamamoo, among others. The brooding tone of “Always You” presents a challenge for performers and producers alike to hook established fans and new listeners. The song lacks Astro’s infectiously bright sound – which is also a staple of summer. But “Always You” works by playing to Astro’s strengths. Duble Sidekick balance the verses with a clean, textured mix of soft acoustics and percussive elements, as the group’s rappers build tension by trading quick-fire lines to keep pace with the ebb and flow of the track’s rising melody. When the chorus breaks into a lush EDM drop, we’re ready to ride the wave — and instead, get pulled into a staccato tangle of synths. The smooth harmonies of the vocal line temper the mix just enough to pull it all together, while the stop-start structure of the layered hooks proves to be one of those slow-build earworms. “Always You” is the opposite of what we expect, but that’s what holds the listener’s attention. 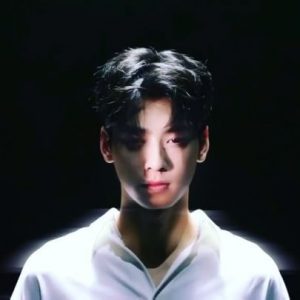 This stance continues in the styling of the members. The wardrobe choices in each scene are clean and simple, a nice contrast to Astro’s characteristically bright outfits. The performance shots show the boys dressed in monochrome, a fitting choice to compliment the stark sets, and the sombre mood of the piece. The video furthers this aesthetic by pinpointing a handful of props to symbolise the song’s central theme. There are the glasses of water that spill to the floor, only for the liquid to flow backwards again. There is Rocky, knocking over a chair as he fails to find what he’s searching for on a map before it bounces upright again. And the gramophone which Eunwoo skirts around for the majority of the MV, before finally setting a record spinning when the song hits the bridge. Each moment marks a smooth shift from sadness to hope. Although Astro is struggling, they won’t give up:

In these times that were hard to endure

Even if I fall countless times

I’ll get up again and go to you

Though I’m late, I came to you

In the end it’s you

This is an interesting twist on the theme of pursuit in K-pop, which is often used by male groups in songs that focus on first falling for the elusive idea of a girl. In contrast, “Always You” utilises this idea in the context of a deeper relationship. We see Moonbin toying moodily with a miniature plane throughout the video before its shadow flies over him and away into the distance just before the final chorus. It’s a cleverly layered scene that brings home the reality of losing someone. Sanha simultaneously moves from passive to active, finally leaving the car he has been slumped in since the first verse; staring longingly through the rain-streaked windscreen. The members look up towards the sky and just as we think they might finally escape the set to unite for one last group shot, instead the camera takes a bird’s eye perspective, and they exit their individual doors to converge into nothing. It’s a dark note for the MV to end on – and an unconventional twist. We know Astro have decided to fight for love, but we don’t see the resolution. It’s a smart move, that keeps the audience guessing while maintaining the integrity of the video’s tone. 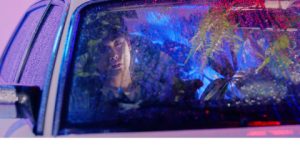 It is in this way that “Always You” delivers an evocative visual that demonstrates Astro’s ability to not only break out of their bubbly synth-pop mould but offer something new — a bold feat in Seoul’s jam-packed roster of summer comebacks. This is an MV that trades the K-pop staples of performance scenes spliced with cute close-ups for the power of aesthetic cohesion. In the middle of a meltdown, Fantagio has pulled off a smooth twist in the group’s sound and visual direction. With lead dancer Rocky creating the choreography for “Always You” and penning the lyrics to several songs on Rise Up alongside JinJin, Astro is a talented team. “Always You” proves they’re capable of far more than we’ve seen so far.