Shinee Continues Shining with "The Story of Light" Episodes 1 & 2 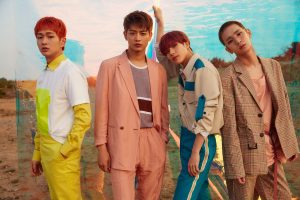 After almost two years since 1 of 1, Shinee is back with their 6th album! The Story of Light is being released in the form of three mini albums with each being spaced two weeks apart, so that each title song can be promoted properly. The first two parts of the album released so far are experimental, but also a comforting return to the Shinee we know and love. They show different sides of the group: EP.1 their constant growth, and EP.2 their stability. This all combines to form an illustration of the change and continuity of Shinee we’ve seen over their career.

EP.1 of the full album, released on the 28th of May, demonstrates Shinee’s ability to pull off different sounds. It’s experimental with genre and style, and includes creative rhythms and compositions as well as more mainstream ones. 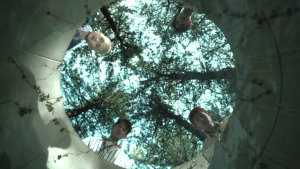 The mini album kicks off strongly with “All Day All Night”, a song that demonstrates Shinee’s powerful vocals right from the beginning of the release. It’s slightly reminiscent of something you might hear from pre-Odd Shinee, so despite the loud start, there’s a nod towards their roots that acts as a welcoming gesture. The first stanza, while directed at a love interest, could also be read into as a nervous beginning to Shinee’s long-awaited comeback, which is then overturned by confidence in their own skills, and an embrace of their strength.

Who can tell me

Whether this decision is right or wrong?

Each moment I see you is a highlight

I don’t regret it, it’s only beautiful

There’s a scattering of natural sounds in the mini album, with the birdsong at the beginning of “All Day All Night”, and then the dripping sound of water in “Undercover”, which is easily the most ambitious track of EP.1. The allusion to nature gives the mini album a fresh early-morning touch, which is also portrayed in the “Good Evening” MV, and emphasises the feeling of an attempt at turning a new leaf. “Good Evening” especially showcases their growth by giving Key and Minho more singing lines. Meanwhile, “Undercover” brilliantly combines Shinee’s vocal range with what should be a mismatched collection of instruments and effects, and uses these to modernise a melody that gives off traditional vibes. 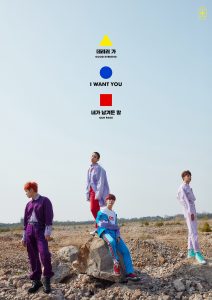 However, EP.1’s determination to prove Shinee’s musical strengths is somewhat done at the expense of cohesion; while the range is impressive, it can be abrupt at times. The juxtaposition of a dance track like “Jump” with the ballad “You & I” can throw listeners off, especially as “You & I” is the last track in the mini album. The song itself is well crafted and performed, but its calmness is an unfitting and underwhelming ending to such a unique collection.

It has been a long and very difficult time since their last album: it seems that EP.1 of The Story of Light is an attempt to showcase Shinee’s original and irreplaceable stand in the K-pop industry, as a group that is now celebrating their 10th anniversary, and whose members have recently resigned their contracts.

On the other hand, EP.2 is more familiar and consistent with its sound. There are exceptions — such as “Electric”, which is reminiscent of Shinee’s older songs though a little out of place in this mini album — but generally, there is a more confident flow to it. It’s rare to be able to play through even a mini album without the urge to skip a song, so Shinee has clearly succeeded with this release. 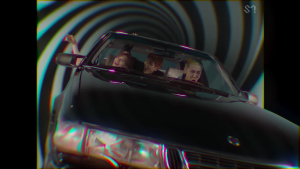 Unlike EP.1, there are no ballads, and all of the songs feel upbeat and suited for the summer in their own way. It’s certainly less experimental and adventurous than the previous part, as it doesn’t shy away from more mainstream pop, such as in “Chemistry”. Yet this is more of a reassurance of what Shinee is known for: a retro or electronic sound, strong unified vocals in the chorus, and a feel-good touch to their music.

EP.2 is a fall back into a safer space after EP.1 to show a more solid aspect to Shinee, demonstrating their ability to release something cohesive and collected. Summery familiarity with a hint of nostalgia is rife in the title song “I Want You”, particularly with its uplifting chorus and throwback of a beat. The MV brings this to life wonderfully through the poor camera quality and visual effects, retro fashion and ridiculously fun scenes. It’s also a warm reminder of their 5th album 1 of 1, showing their continuing unique sound.

In this blue scene

In this world, it’s just you and me

I won’t let go of your heartI know, just by looking into your eyes

WIth the sweetly whispered songs, it’s you 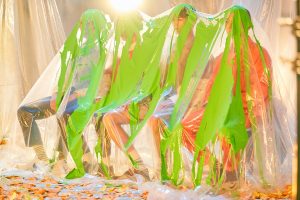 The lyrics create the atmosphere of a dreamlike summer haze that listeners can get lost in. In a way, by recalling the idea of what a memorable summer song should sound like, “I Want You” consciously establishes itself as a song from this summer that will be fondly remembered in the future.

There’s an interesting situation here: Shinee have brought themselves to a point where no matter what they do, it’ll be inherently Shinee. If they reproduce their old music, they’re emphasising their own sound, and if they try new things, they’re again proving themselves to be the experimental group they’ve always been. 10 years later, they still have space to develop a style while holding on to what they already have.

In isolation, the two parts of the album so far released can seem lacking — EP.1 in cohesion and EP.2 in ambition — but together they mostly balance each other out. It will be exciting to see how Ep. 3 might contribute to the aspects of their music that SHINee are demonstrating.