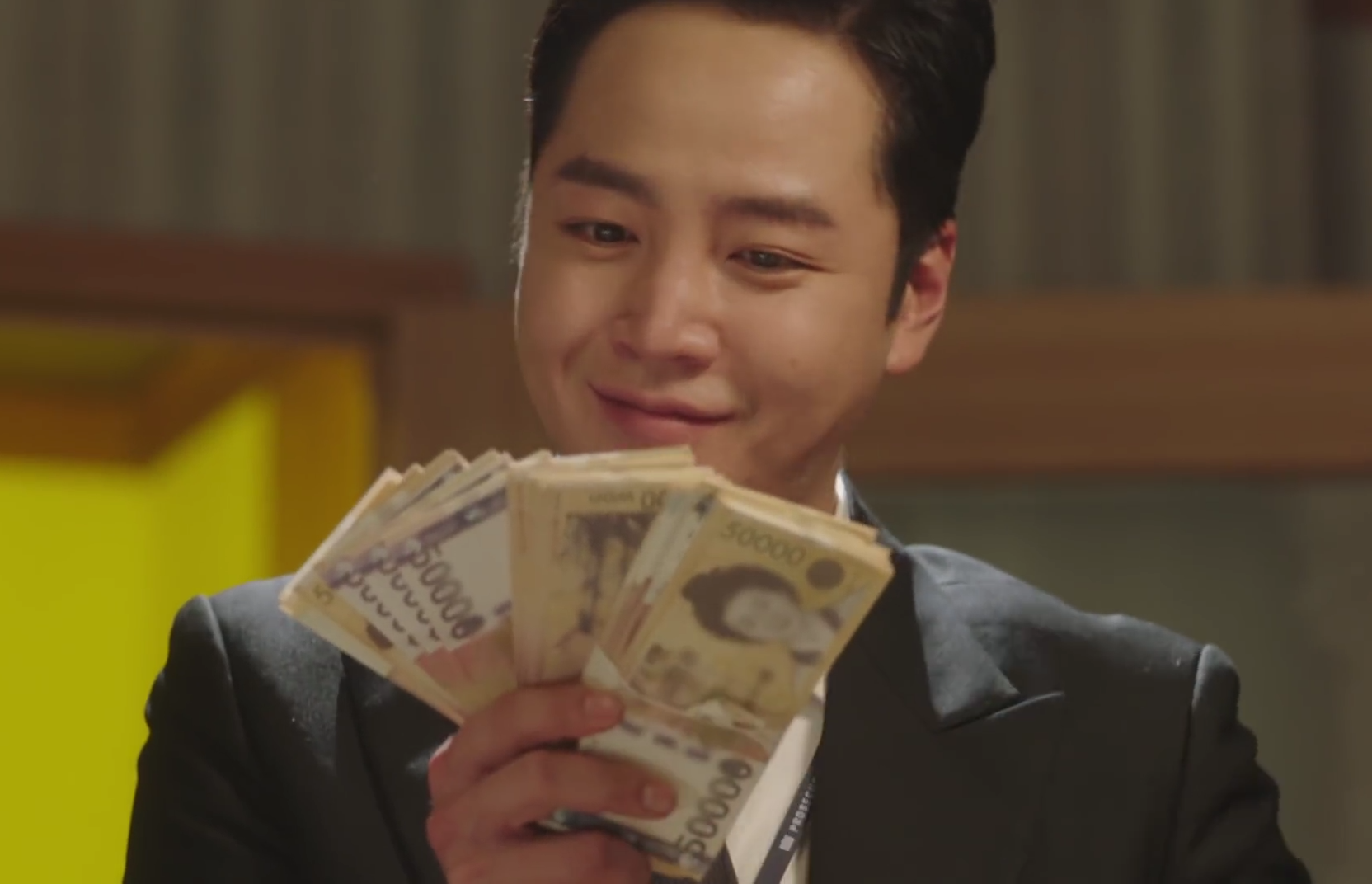 When we talk about heist films or movies about con artists in Korean entertainment, there are prominent titles that come to mind. The Thieves had a stellar cast and continues to be one of Korea’s most-loved productions. Just last year, The Swindlers was also released, adding to the growing pool of Korean films in this genre. Yet, we hardly see Korean dramas with a narrowed focus on con artists and their endlessly interesting close-shaves with the law. Switch: Change the World is a brilliant response to this lack in drama production.

The show traces the story of Sa Do-chan with his team of swindlers, alongside that of prosecutors Oh Ha-ra and Baek Joon-soo. The first episode tantalises viewers with the intricacy of Sa Do-chan’s ingenious plans, making it hard not to be sucked into the criminal world of con artists. On the other hand, the seeming tragedy that kicks off the parallel narrative makes the drama dynamic from the very start. Knowing that these two protagonists will eventually have to cross paths, the roles they occupy on opposing ends of the law makes the drama worth chasing after.

Arguably, the nature of such a genre lies not in the deed but in the unravelling of the entire strategy. Like a Sherlock Holmes novel, the burden of ingenuity lies primarily on Sa Do-chan, and one wonders how long it would take before the novelty wears off. Yet, the drama manages to sustain itself by shifting these moments of brilliance to Baek Joon-soo and Oh Ha-ra at times. Pushing against the limits of character boundaries, the drama has Jang Geun-seok playing identical looking Sa Do-Chan and Baek Joon-soo. Coupling this character parallel with Sa Do-chan’s specialty as a con artist, he ends up impersonating prosecutor Baek Joon-so and starts a whirlwind battle against evil.

Oh Ha-ra, played by Han Ye-rin, banters with Sa Do-chan while admiring Baek Joon-soo. The twists and turns that come with the identical looking male characters brings a host of mischief, laughter, but also thrill. Plots and plans cause relationships to get knotted, while characters fall into danger at times while managing to barely escape. The criminals always seem to slip through the fingers of the brilliant prosecutors.

If I had to summarise the show in a sentence, it can only be described as a drama about oppositions and dualities. The most striking one would obviously be between Sa Do-chan and Baek Joon-soo, with the former being somewhat of a unlawful good while the latter is an unyieldingly upright prosecutor. The next most eye-catching duo would be that of Oh Ha-ra and Sa Do-chan. As the drama propels forward, it is clear both oppositions come to influence each other. The prosecutors learn to work their way around the law while Sa Do-chan and his team of con artists begin to lend their skills to trap criminals. 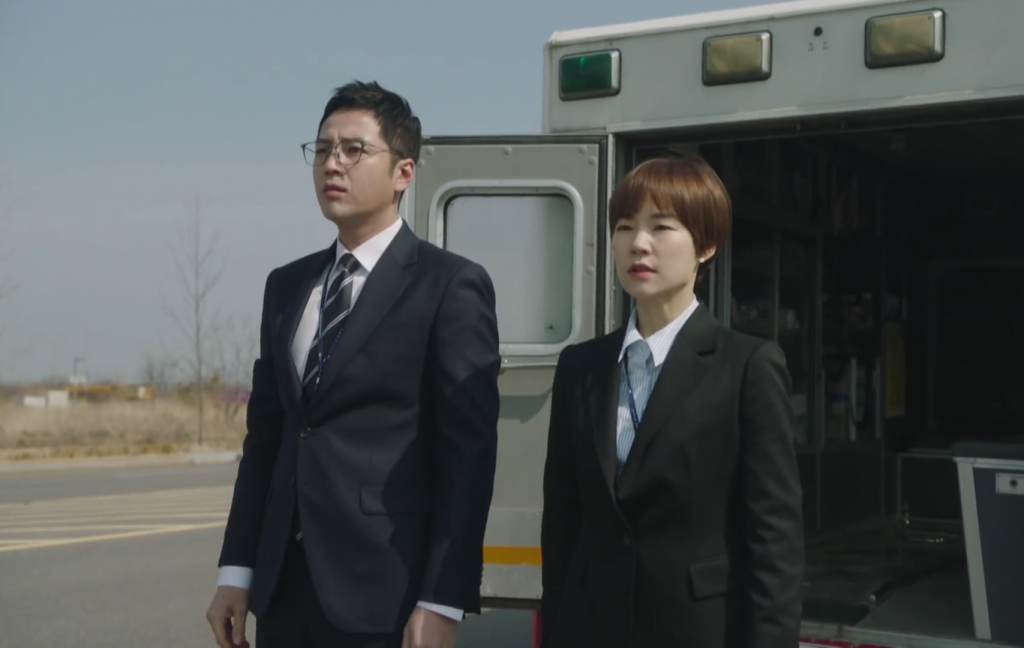 However, the drama offers more interesting dualities with the lawful evils of a corrupted justice system and a criminal mastermind whose web of control stretches into various echelons of society. Geum Tae-woong is masterfully portrayed by Jung Woong-in to be a ruthless and power-hungry antagonist. He is merciless in his revolt for power against former prime minister Choi Jung-pil (played by Lee Jung-gil), head of the Namsan Club. The club consists of high-standing officials and individuals in society, all involved in money laundering and smuggling of drugs. The power that falls onto Geum Tae-woong then works towards boosting his ever-growing greed.

Geum Tae-woong stands as an opposition not only to the law, but also against Sa Do-chan. Sa Do-chan comes to realise Geum Tae-woong’s manipulation and eventual murder of his father, pushing him to seek revenge. Like Sherlock and Moriarty, Sa Do-chan and Geum Tae-woong start a thrilling game of outwitting each other. Traps are set and the second half of the series is a roller coaster ride of action and suspense.

It is worthwhile to note that the drama is not all black and white about good and evil. At its very end, bad guys turn good as they realise they are mere pieces in a larger game, betraying Geum Tae-woong and leading to his fall. Even as the series seems to end with a fairly joyous resolution of the great evils being put behind bars, it is hard to ignore the realities the drama presents about grey areas of morality. 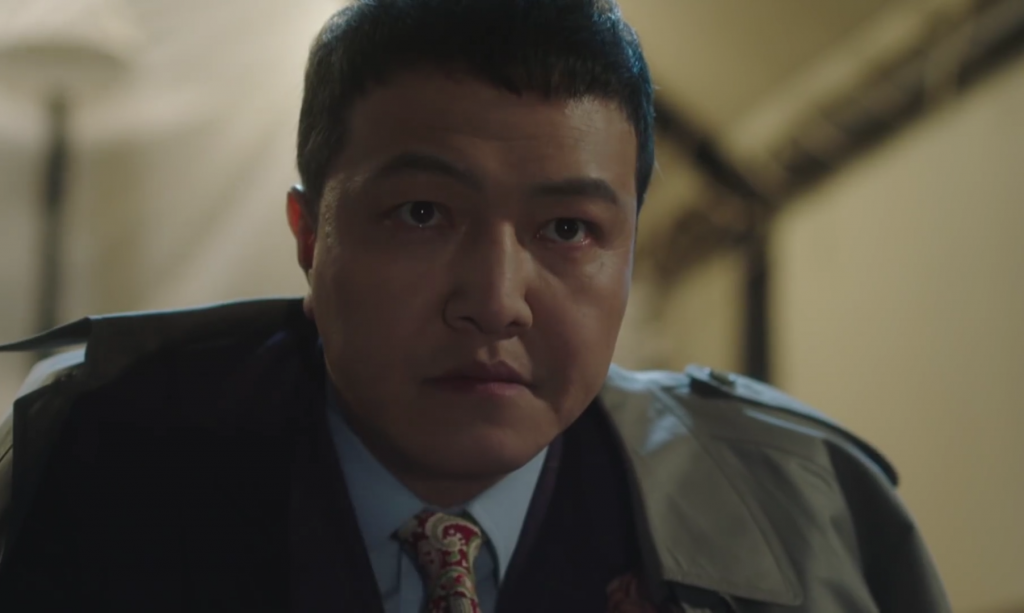 Switch: Change the World clearly takes its jab at the justice system, with the head of the Supreme Prosecutor’s Office and his replacement being corrupt for power and wealth. Sa Do-chan’s snazzy catchphrase rings through when thinking about such a situation: “Prosecutors are the problem.” Though he says it as a jibe towards the system he constantly seeks to challenge, it seems an oddly true criticism.

Losing the opportunity to become a prosecutor, Sa Do-chan’s ingenious set-ups do seem to be more effective than the hard-to-navigate bureaucracy of the Prosecutor’s Office. This leaves one to wonder at the present ineffectiveness or inefficiencies of the system leading to such a production. Of course, the drama also leaves viewers with a strong message that survival ultimately belongs to those on the side of good, regardless of which side of the law they may fall on. It suggests a reality of morality that exists beyond the delineations of the law.

Fascinating till the very end, its conclusion denies the stereotypical bringing of the unlawful good character into the light. Sa Do-chan does not replace Baek Joon-soo, stubbornly rejecting to live a life that is not his. He enters the screen as a con artist and leaves as one. He has grown as a character with regards to the relationships he forms and negotiates, but he remains almost unchanging in his values. 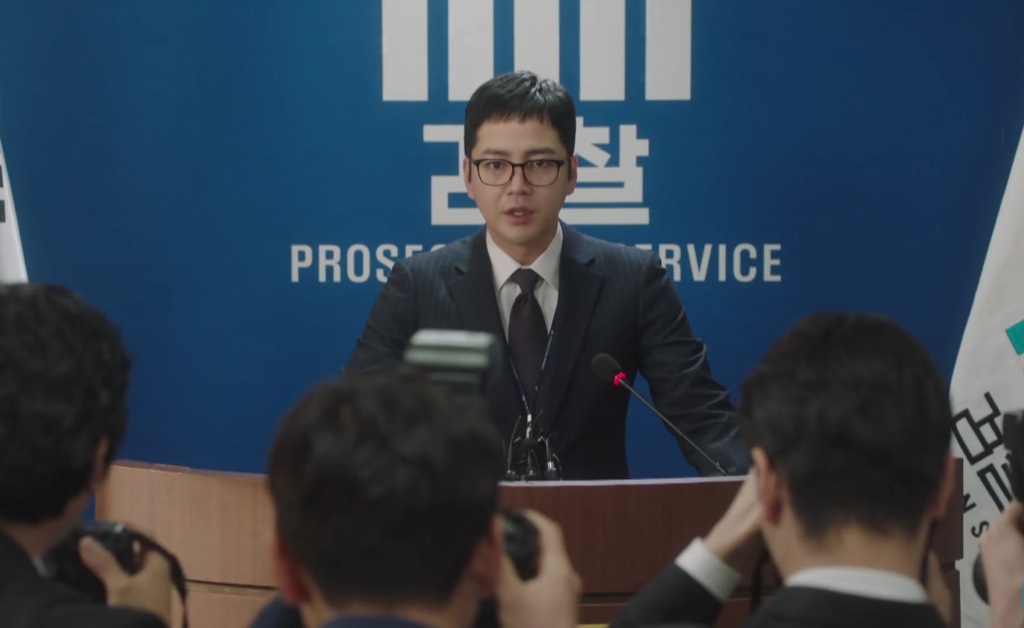 The drama’s end makes it even more compelling, a realistic one suiting a show about the justice system. There are no indulgences in soppy romances, nor does it end in a snapshot of merry celebrations. Rather, the characters part ways, reflecting a reality that relationships are in fact tenuous and oftentimes temporary.

Paths do converge time and time again, which remains true even within the drama’s construction and conclusion. As Oh Ha-ra and Baek Joon-soo exist on one side of the law, Sa Do-chan and his team run in parallel on the other side. An immensely fun and intellectually stimulating series, it is hard not to laugh and panic with the characters in their adventures. Unlike other dramas, Switch: Change the World has successfully brought to life a genre that previously belonged on movie screens.