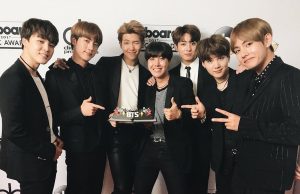 A year after winning Top Social Artist at the 2017 Billboard Music Awards (BBMAs), BTS made a triumphant return to the BBMAs on the 20th of May both as a nominee for the same award (which they won again) and to perform the newest single off their latest album Love Yourself: Tear, “Fake Love” for the first time. The intense performance, complete with on-point live singing by the members and ultra-synchronised choreography, also marked the first time a K-pop group has performed on the BBMAs.

The past year has been a hallmark one for the group, as their worldwide popularity grew exponentially since their first historic win at the BBMAs. Of course, while BTS has always had a large international fan base and a lot of influence as musicians, winning Top Social Artist and beating out global superstars like Selena Gomez along the way proved a lot about BTS and this exposure allowed them to gain many global opportunities.

For one, this win proved the largeness and dedication of BTS’s fan base, ARMY. Top Social Artist is a purely fan-voted award and was previously dominated by Justin Bieber and his Beliebers for the past six years, but after more than 300 million tweets and votes made by ARMY, the seven-member K-pop group became the first to win a Billboard Music Award. Of course, this massive fan base would not have been built without the reach that BTS has on social media, with a Twitter following of 14.8 million (at the time of writing), which also shows the strong influence BTS has over their fans and followers.

More importantly, however, it proved to the world (especially the US, perhaps) that BTS and K-pop groups, in general, were not to be taken lightly. While artists like Wonder Girls, Rain, BoA, SNSD, 2NE1 and Psy have made treads into the US music industry previously, they eventually failed to achieve the level of mainstream success that BTS has broken into. This post-award recognition of BTS’s influence and scale of popularity led to the group being invited to several talk shows in 2017, such as Jimmy Kimmel Live!, the Ellen Degeneres Show and the Late Late Show with James Corden, with BTS returning on the latter two shows again this year. 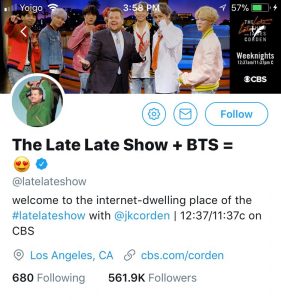 Apart from the huge crowds of fans who gathered at the various show recordings, the group’s popularity was verified again by the way these talk shows pandered to ARMY’s affections, with the Late Late Show as a prime example. Prior to the airing of the BTS segment in November last year, the show posted teasers and memes online for it, even changing its Twitter name and cover picture to express their love for the group. The effort put in for BTS, as compared to other celebrity guests on the show or even K-pop counterpart CL, who performed her single “Lifted” on the show back in 2016, stands out and goes to show how seriously the group, and the fandom by extension, is taken by US media.

Beyond proving how popular BTS is, however, their win at the BBMAs enabled them to be showcased on a larger scale and on a more global stage, increasing their exposure as artists. Beyond Asia, fans and listeners of other genres of music who might have never heard of K-pop previously got to hear of BTS first as a group with their win, then as musicians as they were performed at the American Music Awards (AMAs) and at talk shows.

Through the networking opportunities they got from the BBMAs, BTS got to meet many renowned musicians who were/are interested to work with them, birthing the great collaborations that are “Best Of Me” (produced with The Chainsmokers, B-side track from Love Yourself: Her) and “Mic-Drop Remix” (featuring the rapper Desiigner and remixed by DJ Steve Aoki), among others. “Mic-Drop Remix”, in particular, had a lot of English lyrics which replaced the original Korean ones, and while there were fans who did not like this aspect of the song, the remix became very popular and broke many records for BTS, in terms of sales and chart positions (it debuted at No. 28 on the Billboard Hot 100 chart, the highest charting for any K-pop group). These collaborations did not just diversify BTS’s style as musicians, it also led fans of these established artists to discover the group and their music, inevitably leading to an expansion of ARMY, as shown by how their Twitter followers have jumped almost five million from November 2017. 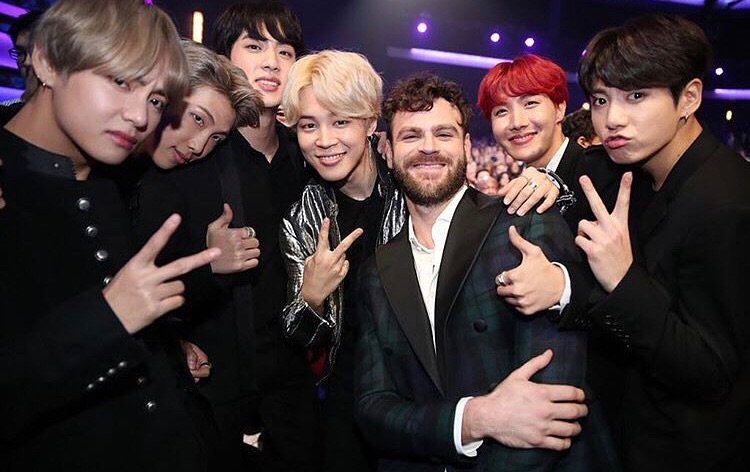 BTS also gained many celebrity fans in the past year, with artists like Gallant covering “Singularity”, the intro track off Love Yourself: Tear and others like Zedd and Kehlani sending love calls to the group for future collaborations. Singer Camila Cabello fell in love with the group after watching them perform at the AMAs and spoke about them in her interview with Teen Vogue. Coincidentally, she was interviewed along with BTS’s V for the first episode of Stokes & Friends: KPOP with T.H.I.S, a new K-pop podcast from Westwood One, which premiered on the 14th of May. The rest of the members will be interviewed as part of a seven-episode special on the group.

Together with the increased exposure of BTS to the world as musicians, they also revealed more of their personalities and inner vulnerabilities through Burn The Stage, a YouTube Red series which ended its run recently. The series tracked BTS’s Wings world tour, which lasted approximately nine months and spanned 40 shows. It showed a different “behind-the-scenes” side to the cool idols that fans often see, on screen or on stage, and the members were especially honest throughout the series about the emotional and physical difficulties they went through. Burn The Stage enabled the widening fan base to relate to and understand BTS on a more personal level. As leader Rap Monster explained in his interview last year with Time, BTS prioritises by staying true to themselves in their communication with fans, which could be a reason for their high fan retention rate.

The past year was a peak of popularity for BTS, but it definitely does not look like the hype over the group will be over any time soon, especially with their latest BBMAs win and the release of Love Yourself: Tear, an emotional gem of an album that truly showcases BTS’s diversity. The group will also be continuing their Love Yourself series and campaign, in collaboration with UNICEF to end violence. Through this year BTS has raised not just their own worldwide profile but also of Korean music in general, and they continue to be a representative group of K-pop. Here’s to more musical growth and record-breaking for the group ahead!