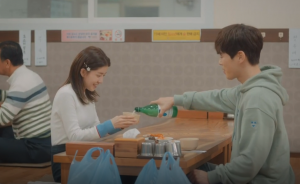 When I heard additional episodes would be added to Welcome to Waikiki, I was surprised because there wasn’t a strong central plot and hardly any character development. The main love story was lacking in chemistry, and our main male protagonist isn’t the most likable character. I definitely didn’t think it needed four more episodes, but thought maybe the added time frame would give us more round characters. Welcome to Waikiki’s second half stirs up other romances that seem to come out of nowhere with the only basis being that two people of the opposite gender were spending more time together. However, the show does touch on an optimistic and relatable message: It’s never too late to follow your dreams.

The main characters are in their late twenties or early thirties, and obviously thought that by now they would have achieved their dreams. As mentioned in the first review, much of the hilarity stemmed from their failures while trying to chase after their career goals. Min Soo-ah (Lee Joo-woo), on the other hand, was at a high at the beginning of the show as a model with a rich new boyfriend. Unfortunately, her boyfriend was a con-artist who disappeared with all her money, leaving her homeless. Her brother, after finding out what happened, urges her to go home and give up. However, she gives an impassioned speech stating that she’s not too old to start over and begin a new dream, which embodies one of the biggest themes in Welcome to Waikiki. 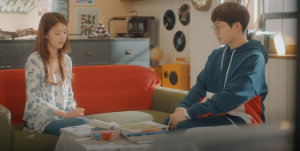 Many times, the characters have considered giving up but are still able to cling to hope. With the help of her new friends at the guesthouse, who embraced her despite having broken Kang Dong-gu’s (Kim Jung-hyun) heart, she decides to attend fashion school and later open an online fashion mall. Her character has the most dimension as she started off as a bit of a villain, but is now working desperately to try to create a new goal in life for herself.

Bong Doo-sik’s (Son Seung-won) role in the show has switched to that of a sidekick and best friend for Soo-ah. He’s always by her side helping her in various ways–tutoring her, helping with her photoshoot, and creating a website for her. She also defended Doo-sik against his abusive boss. Aside from this, though, there hasn’t been much progress on Doo-sik’s own personal goals. 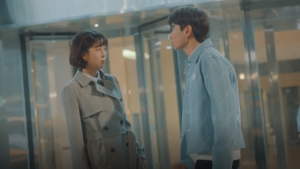 For the rest of the cast, however, the story has focused more on their relationships. Seo-jin (Go Won-hee) is finally hired as a journalist–she’s the first character to achieve her goal. Her concerns shift to staying competitive at her work while also sorting out her new-founded feelings for Cheon Joon-ki (Lee Yi-kyung). After a drunken kiss with him, though Joon-ki seemed more surprised than interested in the intimacy, she begins to rethink their relationship. However, the relationship between them seems forced as the plot hadn’t previously implied any romantic feelings. Joon-ki even tries to set up Seo-jin with a friend to help him get a job and doesn’t ever display any affection for her other than a friendship. They go on the most awkward date in which Joon-ki isn’t able to see Seo-jin as anything but a little girl. This isn’t a relationship that is needed, and it really took away from the focus on their careers that they originally were so dedicated to.

As little sense as Joon-ki’s and Seo-jin’s relationship makes, it’s still a step up from the central romantic plot line between Yoon-ah (Jung In-sun) and Dong-gu. In Dong-gu’s defense, he has done a complete turn around on his personality, and has been kinder to Yoon-ah despite her harsh rejection to his confession. Through the next eight episodes, there’s still hardly any sign of interest from Yoon-ah towards Dong-gu. In fact, she’s more focused and more interested in perfecting her craft and becoming more than just a mother. The only indication offered to the viewers that she may have feelings for Dong-gu is that she was worried about losing a hair pin that he had gifted her. 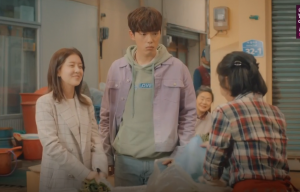 Welcome to Waikiki shares the stories of eight individuals who are down on their luck and losing hope in finding success. However, instead of extending and elaborating on their efforts to attain their careers, the story suddenly shifts to romantic relationships for most of the characters. While the development is weak, and the story is all over the place, I’ll admit that Welcome to Waikiki is still good for a laugh and anyone looking for a lighthearted drama. If you’re thinking of watching it, it’s not necessarily the type of show you need to watch in order either. There are hardly any cliffhangers, and each episode’s plot is contained basically within itself with only slight advancements to the central plot.

The show will be wrapping up with four additional episodes, and it’ll be interesting to see if rest of the characters will get the chance to achieve their dreams.