Restraint is Seductive but Double-Edged in "Eau De Vixx" 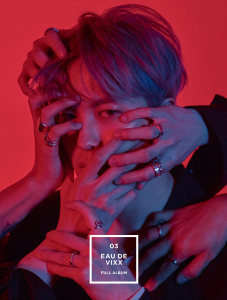 In a past review of Shangri-La, I mentioned a desire to see Vixx extend their comeback concept beyond just the title track to their B-sides as well. It’s easy to be excited for a title track that makes use great use of traditional Asian instruments, but it’s also easy to be disappointed when the rest of the album doesn’t quite follow up on the same concepts. Perhaps this was too much to expect of an idol group, given that idols don’t have much of a say during music production; but Vixx has constantly given us reason to have high expectations of their music. A conceptually consistent album, all things considered, shouldn’t be out of the question.

Eau De Vixx shows a marked improvement in this regard, and much of the album combines sensual imagery, sultry instrumentals, and deeper vocals to make this album easily Vixx’s most seductive and cohesive album yet. It helps that the concept Vixx went with this time around — scent and perfume — is more general, making the task of producing a stylistically consistent album slightly easier.

However, after repeated listens, it’s clear that in exchange for this more restrained, cohesive listen, Vixx has traded away their dynamism that made their earlier albums so exciting to me. I mean, given the album’s concept, it makes sense, but this creative decision causes some individual moments on this album to be dull and unmemorable and keeps me from calling this a perfect record.

The title track “Scentist” reflects this quite clearly. Over a muted, ebbing instrumental whose ambiance is reminiscent of “Shangri-La”, VIXX taps into their rarely explored lower registers for an interesting listen. On one hand, I love that the melody’s lower pitch allows Hongbin to have prominent lines in the chorus, and combined with the strongly evocative lyrics and seductive imagery, VIXX proves that they are still able to surprise. On the other hand, however, the verses can come off as too subdued, especially Ken‘s directly after the first chorus, and the song only really picks up traction from the pre-chorus onwards. Also, the delivery of Ravi’s second verse in the bridge feels staggered and odd, even on repeated listens. On the whole, it’s definitely a competent title track, but I can’t help but feel like it’s lacking in payoff, and that VIXX was somehow musically holding themselves back. 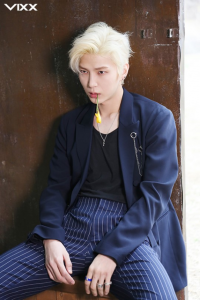 Things do pick up a bit in “Odd Sense”, where vibrant synths and a group of tumbling chords directly before the chorus help make this track instantly memorable. Lyrically, it follows up directly with “Scentist”, with VIXX continuing their chase after their lover’s scent, and the seductively ardent imagery the song brings to life is excellent. It’s one of the more ‘complete’ songs on the entire album, with Leo and Ken’s ending harmonies in the climax allowing for an immensely satisfying finish.

I’m full of your scent, I’m getting crazier

You come to me, you’ve come closer to me

It’s okay if I follow your scent and disappear

The same could not be said for the following track, “Silence”. I was immediately hooked by the house influences on this song’s introduction, Ravi’s intermittent ad-libs were well-placed, and the pre-chorus — with punches of booming bass in the background — was setting up something spectacular for the chorus.  But the drop turned out to be rather generic, slowing down the track, and “Silence” lost much of the momentum it had accumulated. The lyrics about VIXX complaining about their love interest’s silence within their relationship might shed a light on why the chorus is so subdued in comparison to the rest of the track, but that’s not nearly a good excuse. Had there been more energy behind the chorus, it would have been a standout track, but no. As it is now, VIXX’s out-of-place restraint had made “Silence” disappointingly average.

Fortunately, “My Valentine” follows, and it’s clearly the best song on the entire album. There is so much going on within this track, and all of it works. There’s a constant flux of percussive elements, from the slightly distorted beats in the opening to the understated elements of trap in the chorus. The dissonant, jazzy piano chords in the background are wonderful, and I love the addition of spoken word before the 1st chorus by Hongbin and Ken, once again. The familiar themes of color and scent are once again displayed in the lyrics, only this time the scent mentioned is the breath of a lover in VIXX’s arms. Overall, “My Valentine” is a near-faultless listen, and I wish every track on Eau De Vixx was as stellar.

Produced fully by Ravi and his long-time collaborator Puff, “Circle” is another solid track. As expected, Ravi shines the most on his own track, making the fullest use of his rich baritone in rapping and harmonizing with Leo and Ken, who also deliver standout vocal performances over a subdued, minimal instrumental. In the song’s torrid context, I love the imagery and innuendos Ravi’s verse conjures.

It reminds me of Boracay, Hawaii and Bali

There’s nothing more to add

It looks pure yet colorful

Unfortunately, the album begins to test the listener’s patience in the second half. Though the songs, for the most part, fit right into Eau De Vixx’s aesthetic and concept, a lot of it feels dull. Take “Good Day” for example. It starts promisingly enough, with an addictive strum of an electric guitar, but as the song progresses, the melody doesn’t really develop into anything exciting. Adding that into a familiar, overdone concept of “I feel good” and “today is a good day because I’m with you” and you have a thoroughly unimpressive track. 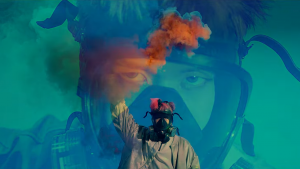 ” is another enigma. I like the track’s individual elements, from the pervasive, dark bassline to the element of danger within the track’s lyrics, but throw in a chorus that feels tacked on and half-assed and all those individual elements will add up to nothing memorable. Inevitably, near this track’s halfway mark, you’ll probably get the feeling that you’ve heard something like this from VIXX before, but the version in your mind is miles better than what you’re listening to now.

As tempted as I am to put it alongside the album’s worst offenders of unmemorable and undeveloped tracks, one thing N’s ballad “Resemble” has going for it is how heartfelt the vocals are, and its undeniably sincere lyrics. In the case of this ballad, an under-produced instrumental is not entirely unexpected and actually works in the song’s favor, allowing us to better appreciate the beautiful message behind the song, that of the unexpected effects of N and Hongbin’s friendship.

You and I have passed so many deep nights

Amidst a haze of countless people

And even if we don’t say anything

I met you in that crowd of composed people

Even though I spend my days differently

I’m starting to resemble you more and more 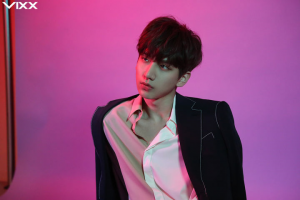 Eau De Vixx is easily VIXX’s most cohesively sensual and seductive effort; but in return for that cohesiveness, the album feels lacking and unmemorable on certain points, especially in the 2nd half. Restraint which worked so well on tracks like “My Valentine” and “Circle” was almost detrimental to the quality of tracks like “Trigger” and “Silence”.

Maybe I do have a tendency to see the past through rose-colored lenses, but listening to this album I can’t help but miss elements of VIXX’s earlier discography. This sentiment isn’t limited to their title tracks: previous B-sides like “Secret Night” from Voodoo and “Spider” from Chained Up all retained a flair for the dramatic, and the energy displayed was a large part of what made VIXX so dynamic and exciting to listen to. On this album, I find that dynamism and energy sorely lacking, even when taking into account the album’s more subdued concept. Perhaps that’s why I enjoyed “Navy and Shining Gold” so much. As the obligatory fan song, its vibrancy and buoyant melodies are reminiscent of old-school VIXX, and fittingly fill the song with a sense of nostalgia that any Starlight would enjoy.

Going forward, I hope VIXX manages to find a way to bring back their dynamism and flair for the dramatic in their music, because as much as I’d like to lavish this album with hosannas, I’m not quite satisfied with Eau De Vixx.