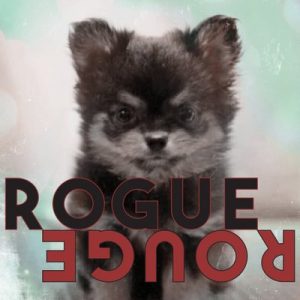 On April 15, Amber Liu released her first mixtape, titled Rogue Rouge. It’s been a while since Amber or her group f(x) have released new music, so I was incredibly excited when she started teasing her mixtape on her Twitter. Listening to Amber’s music always makes me feel like I’ve just had a great conversation with a good friend; even “Shake That Brass” feels like a night out with my best friend. Amber’s solo music usually features personal lyrics and show off her vocal abilities outside of rapping. More recently, she has started taking more and more control over the production of her music outside of just writing lyrics or composing.

Rogue Rouge is a more laid-back mixtape in comparison to some of Amber’s older albums. None of the songs are particularly upbeat; most of the songs have a steady beat more suited to chilling at home rather than partying at a club. The most “upbeat” of the songs would probably be “High Hopes.” “High Hopes” features more EDM elements, with heavy synths and electronic drums. The song builds and builds until during the final chorus, the synths drop into a more mild version of a beat drop.

Having such an EDM heavy song works with the lyrics as well. “High Hopes” talks about chasing after something undefined, something bright in the distance. The chorus has Amber repeating, “Never turn back,” over and over until she declares that she’s “running so fast my lungs can’t hold.” There’s plenty of things that Amber could be running to or from; maybe it’s greater success, maybe just because she feels like she needs to.

Thematically, Rogue Rouge can be split into two different halves: one half deals more with Amber’s life as an idol and the other half focuses more on personal relationships. The first half with “Get Over It,” “Closed Doors,” and “High Hopes,” implies that they’re about being an idol. The second half (“Right Now,” “Lifeline,” and “Three Million Years”) are the more personal of the songs, referencing relationships.

“Get Over It” and “Closed Doors” are particularly interesting to me because while they never outright state they’re about being an idol, they do strongly suggest it. “Get Over It” sounds a lot like Amber airing her grievances with the K-Pop industry, but stating that she’ll get over it. “Closed Doors” is likely more about trying to date as an idol, though it can also be interpreted many other ways. With the constant references to clandestine meetings, it sounds a lot like how most idols have described dating.

The second half of the mixtape has my favorite songs, “Lifeline” and “Three Million Years.” “Lifeline” is such a beautiful and yearning love song. In it, Amber sings,

It’s the same kind of emotion you might feel after the end of a relationship or a big fight. All you want is your significant other to come back and take away the hurt. It’s longing, but not in a way that feels like Amber is hung up on it. It sounds more like she’s looking back on the relationship and wishing it turned out differently. Plus, the MV for the song is my favorite yet in its simplicity.

Listening to Rogue Rouge is such a calming experience. While some of the songs do make me feel a little emotional because of the lyrics, each song is equally beautiful. The EDM is strong in this mixtape, but Amber and her team do a great job at melding it with her voice. Be sure to check out Rogue Rouge if you’re looking for new music to relax to.