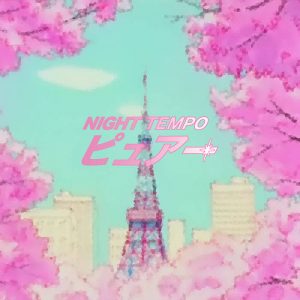 “Your best aesthetic husband ever”, reads the bio on Night Tempo‘s simultaneously dark and pastel-toned Bandcamp page. Having just exited the subreddit r/vaporwave before coming across his page, I immediately rejoiced at having found a fellow aesthetic-obsessed kinsperson in such an unexpected way. Seeing a remix of the quasi-YouTube famous Mariya Takeuchi‘s “Plastic Love” — a song I had on loop a few years back — in his Pure Babymaker album, coupled with tongue-in-cheek song titles “She is so cool but I’m so hot” and “Groovy Dancing Moon Light Girl” on another earlier album, Night Tempo, gave me all the more reason to sit down and listen to his music.
Night Tempo classifies his music as future funk. This is made evident on the aforementioned remix of “Plastic Love”. Employing loops, reverb-filled vocals, dips diving into and out of low passes, a 4/4 drum beat, and characteristic cold sounding synths, the trained ear can easily categorize the mix as future funk.
Future funk is a subcategory of another music genre vaporwave — a genre characterized by a particular strain of avant garde-ness that builds itself around a meta disposition paired with one of two extremes: cynical irony, or rosy retrospection. Future funk itself takes on qualities of the latter; looking backwards for inspiration, its participants content to be forever stuck within the astral soundscapes of 70’s and 80’s purple and blue-lit disco clubs. His specific brand of future funk hones in on citypop, the umbrella term for 80’s music created in response to the cosmopolitan admiration of the post-WWII generation in a Japan undergoing a major economic boom. 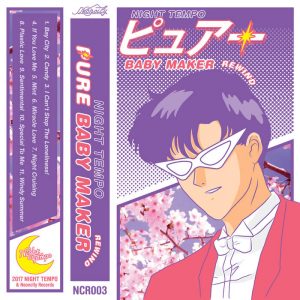 Vaporwave is more than just a music genre, however. It is an aesthetic — arguably occupying the same family as the familiar VSCO-filtered Instagram feeds or blue-themed Tumblr blogs — whose common characteristics include 80’s and 90’s computer graphics juxtaposed with realistic photos, pastel colors, and anime schoolgirls. It originated from the steampunk aesthetic, which itself is derived from cyberpunk. Poring through Night Tempo’s anime-artwork clad album covers, one can very easily see his penchant for the vaporwave aesthetic.
Admidst working on his new album, Moonrise, the Seoul-based DJ was kind enough to take some time to respond to questions I sent to him via email, where he reaffirms his love for Japanese music and the ever so complex world of aesthetic.
You mention “aesthetic” a lot whenever you describe yourself or your music. Please explain your concept of aesthetic for those who don’t know, or aren’t as familiar as the meme or Tumblr culture. What exactly is your aesthetic, in particular?
Aesthetic isn’t something you can explain with normal knowledge. But I will say that aesthetic makes life more peaceful and joyful.
What is vaporwave to you?
Same as the first answer.
How did you get into DJ-ing and producing?
When I was ten, I discovered citypop music and I loved it immediately. Naturally, DJ-ing and producing became my hobbies afterward.
Favorite DJs?
Hmm.. it’s a hard question. My favorite musician is Kadomatsu Toshiki. I have his all cassettes, vinyls too. But DJ.. maybe Daft Punk.
You’ve said once in a Bandcamp article that you take a lot of your inspiration from 80’s Japanese and French music. What draws you to the retro sound?
The 80’s is the golden age of music, and I want to stay inside of it. For me, it just feels better and more familiar.
You’ve said on your Instagram that cassettes are the most aesthetic way of playing music, and you’re even launching a cassette store. Any cassettes you can recommend, for decor or listening?
Kadomatsu Toshiki – “T’s Ballad”.
What are your thoughts on different vaporwave genres, like mallsoft or hardvapor?
Genre separating is kind of stupid. Everything is just aesthetic.
You’ve made two Mariya Takeuchi remixes on your Pure Babymaker album. Personally, I’m only familiar with “Plastic Love”. Are you a big fan of hers? How did you get introduced to her music?
I discovered her in elementary school, and I’ve been a big fan ever since. I have 9 copies of her Variety cassette.
Why did you name your digital albums Pure Babymaker and Babymaker 2? Is there a meaning behind those names?
Sexy af.
What other future funk artists do you listen to?
Just the sailor team family. Macross 82-99, Aritus, Desired, Vantage, Android52, Nanidato. 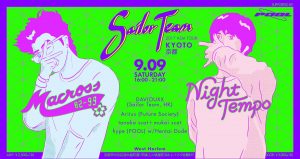 You display a love of Japanese culture in your work and a clear anime influence in your album artworks, as is customary with the vaporwave aesthetic. Which animes can you rewatch over and over again without getting sick of them? Are you watching any right now?
I’ll just say Sailor Moon.
What are your favorite memes right now?
Baby make is my all-time self-created meme.
You acknowledged on your Babymaker 2 album that future funk was a dead meme, but you continue to make it anyway. What do you like about future funk; why do you continue to make it?
People are saying that future funk is a dead meme, but it just started. I think we can develop it and make it even better as a genre. But many guys in this scene just keep making bad music and trying to kill future funk. Some of my music isn’t good either, but I try hard to improve. 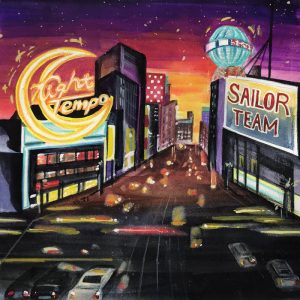 Do you listen to Korean music? If so, who are some of your favorite artists?
Recently, my favorite artist is Super Brass. I also really like Saxophone. I’m working with them right now for my new album.
Are there any other genres you plan to experiment with?
Jazz.
What are your thoughts on the South Korean club and EDM scene at the moment, with the K-pop trends of tropical house and future bass popularizing it?
I’m not really interested in it, so I don’t want to say anything. 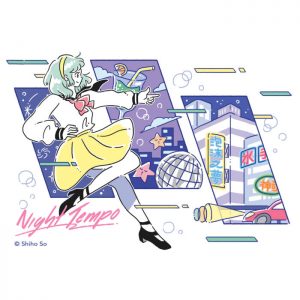 What about English language music?
I love 90s ‘girls hiphop’. I really dig Jade, Brownstone, and SWV.
Lastly, any parting words? Anything you want to plug?
Senpai will notice you.
And on that note, I conclude this very Japanese-influenced Korean Indie gem.
(Bandcamp [1] [2], Electronic Beats, YouTube [1] [2] [3], Images via Bandcamp, Instagram)