Escaping Into "Hope World" With J-Hope 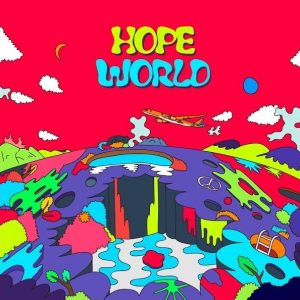 A couple years ago, J-Hope promised fans he would put out a mixtape. That vision came to fruition in 2018 with Hope World. Since money wasn’t a priority for this passion project, J-Hope was given freedom to explore his musical strengths and express a more personal side of himself. In less than a week, he’s broken records with this release, including some set by his group. However, records and sales can’t reveal the content of this work.

As a member of the BTS rapper line, it seemed inevitable that he’d join RM and Suga in releasing his own mixtape. Until now, we’ve only gotten a sample of his solo work in “1 Verse”, which showcased his strong ability to switch up his tempo and tone on the fly. J-Hope rarely promotes his own songs, so this mixtape provided an opportunity for him to finally introduce people the artist he aspired to be.

Hope World experiments with various sounds and styles throughout the compilation. In fact, the opening song “Hope World” begins with a little underwater ASMR, making me immediately think of swimming pools. This is appropriate for a song with lyrical references to 20,000 Leagues Under the Sea by Jules Verne: 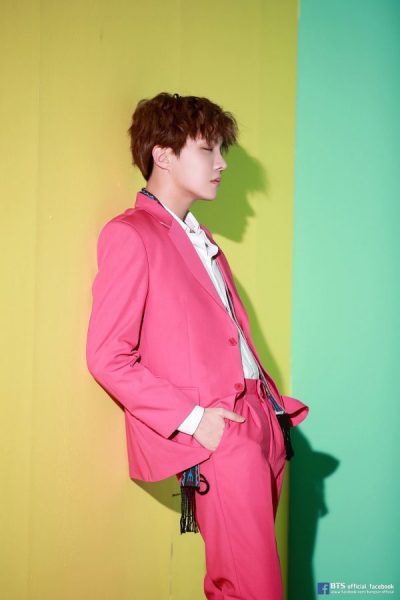 His self-introduction is an eclectic pop mixture of EDM, trap, and some R&B. The upbeat track is somewhat reminiscent of “Mama”, his solo from Wings, containing J-Hope’s positive brand of rap that invites listeners to join him on a tour of his bright world. This optimistic theme continues into “Piece of Peace”, in which he expresses a desire to live up to his stage name by bringing joy through his music. It’s interesting to note the combination of electronic sounds combined with the natural acoustics of a piano. It’s as if he’s trying to marry the simplicity of the past with a complex future. I appreciate the warped exaggeration of what sounded like a steel drum, but it’s difficult to tell through the mixing.

The two songs which caused most of the debates on social media happen to be his hypest ones — “Hangsang” and “Baseline”. Both songs feature gritty beats that could easily play in a club in the U.S. “Hangsang” didn’t have the same impact on me as “Baseline” mainly because of the lyrics and Supreme Boi‘s feature. Supreme Boi matched well vocally and stylistically, and the rap suited him. However, I felt like some of the spotlight was removed from J-Hope for that reason. Since he helped produce the track, it makes sense that his style would be prevalent, but this is J-Hope’s time to shine. J-Hope did his thing, yet I can’t help feeling like this is an extension of “Mic Drop”. The beat was definitely the best part, especially when it was sprinkled with sound effects to match the verses. I appreciate the intensity of their rapping, but I’m joining Team Baseline. 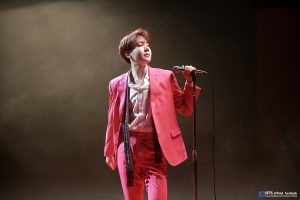 On his V Live for his mixtape debut, J-Hope expressed surprise at the response to a song he created as an interlude between his soft and hard-hitting songs. Although “Baseline” is short, it does its job by grabbing your attention from the beginning. Every song has some kind of interesting intro — “Hope World” and water; “Baseline” and brass; and “Daydream” with tambourines and clapping. I’ll get to my favorite song “Daydream” later, but going back to “Baseline”, I like the hollowness of the instruments. It’s quite stripped down, focusing on J-Hope’s voice more than creating a multilayered mix. Here, he’s telling the listeners how his goals always start with a base. In his case, it was his dancing, which helped him develop a better sense for rap, according to his words:

It’s the perfect setup for “Hangsang” thematically and emphasizes J-Hope’s gravelly tone that makes his rap stand out. His signature whoops become the hyped backing track for his deep voice amid record scratches, and the resulting gritty vibe is very attractive.

Inspired by a childhood dream to fly, “Airplane” discusses his journey towards his goals. The oscillating instrumentals lend themselves to a dreamy atmosphere, building upon his uplifting story of success. True to form, J-Hope stays killing his detractors with kindness by offering haters a glass of champagne as they enjoy a free flight with his accumulated air miles. How does one clap back to a free trip experiencing the high life he lives now? I wouldn’t know whether to be salty or gracious, but it’s free liquor on an airplane. I’ll drink to that.

The outro “Blue Side” was just as atmospherically dreamy as the preceding song. Its brevity was a letdown because this had such a serene vibe. I’ll let it slide because it’s the outro, but next time, he had better make it longer.

Now, let’s get into “Daydream”, the song that might have turned him into the ultimate bias wrecker. This song was everything because it had just about everything. Nobody saw this coming from him, making it the ideal title track.

When one thinks of a mixtape, the house genre doesn’t typically spring to mind, yet it works in this song. All of J-Hope’s charms come out — his singing, his rapping, his ad-libs, and of course, those intoxicating whispers. When he sang, “If I want something / If I want something now”, it completed this entire sensual mood. The final mix is smartly layered with tambourines, warped synths, addictive bass, and a tiny touch of trap for a tune that gives off a retro feel without sounding outdated.

J-Hope gets more attention for his dancing, but his other talents are not to be ignored. Now that he has revealed more of his attributes, he’s receiving the positivity he put out. I’m glad that J-Hope stuck to his optimistic brand, even on the diss tracks. His incorporation of literature and various musical styles demonstrated how much work went into this passion project. He not only loves creative art; he shows his appreciation by embracing everything so openly. It’s this mindset that made Hope World such an outstanding mixtape.