Yoseob Makes His Mark with "White" 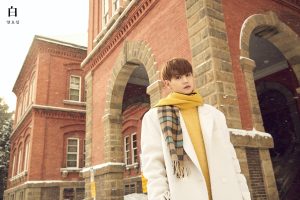 It has been six years since the release of Yang Yo-seob’s debut mini-album, The First Collage. And his career trajectory in the land of idol-dom has twisted and turned dramatically since. Alongside his fellow former Beast members (with the exception of Hyunseung, who departed in 2016), Yoseob set a precedent for autonomy in the K-pop industry by quitting Cube Entertainment to establish a new label, Around Us Entertainment, in December 2017. A few months later, the group reintroduced themselves to fans as Highlight, with a fresh jazzy sound and carefree image to match their new music.

It is interesting that for his second solo mini-album White, Yoseob has chosen to forego Highlight’s new sound and return to his roots as a balladeer. And as a co-producer and lyricist fully involved in the crafting of White, he has successfully distanced himself from the influence of bandmate Junhyung, who stamped The First Collage with the same signature sound he helped shape for Beast, leaving little room for Yoseob to mark his own identity.

With White, Yoseob has curated a well-honed selection of soothing songs perfect for the winter season. There are subtle motifs scattered throughout the production and the two accompanying music videos that mark out each track as unique yet part of a linked set.  Both MVs for pre-release “Star” and title track “Where Am I Gone” emphasise soft colour palettes of white and blue, while hypnotic beats, cascading piano melodies and the theme of love lost and found echo through each of the songs. 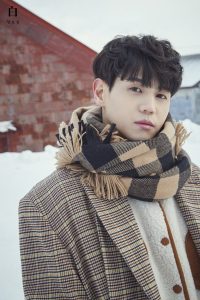 Pre-release “Star” most plainly evokes this message. The track begins with a soft piano melody that allows Yoseob’s voice to shine through and take centre stage. His words ring clear, and deliver a steadfast message to his supporters, acknowledging the hard times, while reassuring fans that there will be better moments to come.

I promise to be a star in your heart

That remains for a long time and shines

For you, who endured through the dark times with me

The song builds through its sweeping melodic structure to something almost cinematic, yet fails to fully pack a punch in the bridge. What it lacks in power though, Yoseob more than makes up for in the delicate evocativeness of his delivery, teasing out every layer to make a mastery out of minimalism. Its simple, really. Yoseob does not need the jam-packed instrumentation of Highlight’s latest releases, nor Junhyung’s simmering melancholic production to draw the listener into the mood his music creates. His vocals allow the story of the song to speak for itself.

With title track “Where am I Gone,” Yoseob switches things up for one of the more mid-tempo tracks on White. Complemented by an MV that shows off his dance skills, the song opens with a gentle melody before transforming into a brilliant slow-jam as it hits the pre-chorus. The song’s production builds as it progresses, layering strings and electronic flourishes over a lively beat. The post-chorus refrain serves as the track’s key hook, and while sticky, it becomes a little repetitive as the track goes on. This lacks a certain edge, but Yoseob carries the song strongly enough to make it worth putting on replay.

Yoseob shifts mood for “It’s You” and “Today”, with both songs meditating on the lighter side of love. “It’s You” falls into the oft-used K-pop trope of the chase, with Yoseob evoking his curiosity about a mysterious woman over a steady, hypnotic beat. Despite the track’s lack of a rise and fall in tempo, this central rhythm draws the listener in, and Yoseob reaches for a new level of maturity as he sings:

If you want me, just keep holding me like this 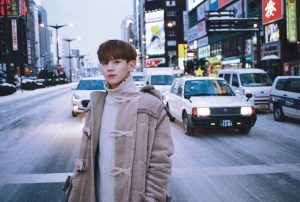 “Today” is Yoseob’s chance to show off his falsetto, with his vocals becoming part of the song’s driving melody in the chorus. His ad-libs are layered into an echo that forms a haunting refrain. The song focuses on the idea of living for the moment, and holds the listener captivated with its lovely, lilting rhythm.

“Promise” and “I’ll Be With You” round out the slow jams on White, and elevate the album’s narrative arc around a relationship to a greater depth than is often seen in K-pop. The former begins with White’s signature silky piano and builds into a gentle cascade of orchestral instrumentation. This progression is echoed in the lyrics. Yoseob reminisces about the uncertainties of a first date, and each verse segues into the next stage of the relationship, until the bridge, when he poignantly hopes that:

On future days too, let’s walk together

“I’ll Be With You” keeps things smoother, with a steady acoustic beat layered over the guitar-driven melody. Here Yoseob reassures his loved one that he will be there for her through life’s ups and downs, using grand, elemental lyricism to evoke his loyalty:

When the night passes, the sun will rise

When the rain stops, it will become clear 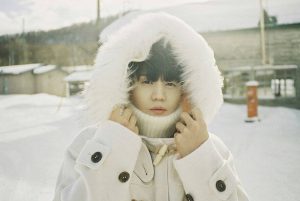 With the album’s core built around such poetic love ballads, it at first seems jarring that White ends with a break-up song. Yet “The Beginning” is the perfect culmination to the set, as although it talks of endings, this is merely a counterpoint to the track’s central theme of new beginnings. It’s a brilliant way for Yoseob to reflect on his position as a solo artist, as he proves his ability to cover one of Highlight’s tracks and make it his own. The mid-tempo, jazzy melody ends the album on a high note, as Yoseob affirms the beginning of a second chapter in his career, marking his own identity.

Making his solo comeback with White, Yoseob has succeeded by sidestepping the pitfalls of “Caffeine” and The First Collage, to carve out an identity opposite to Highlight’s bright, bold pop confections. He may seem to be treading old ground by returning to ballads, but in doing so asserts his place as one of K-pop’s most gifted vocalists. And what might at first seem like standard midwinter fare reveals its hidden depths through Yoseob’s talent as a lyricist. For the casual listener, the seven songs that make up White explore the nuances of love cleanly and simply. But for fans who have followed Yoseob through the ups and downs of his career, the album uncovers another layer, as a heartfelt thanks to those who have supported the singer, while bringing the promise of more to come.