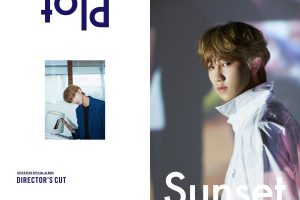 Seventeen is back with the repackaged album Director’s Cut, and it has me wondering the same question I had just a month ago when it came to another boy group repackage: Why? Seventeen has certainly been pushing out the releases, with Director’s Cut coming on the end of a world tour and their 2017 Seventeen Project that culminated in Teen,Age. Now they’re back only a few months after their last release with four new songs tacked onto their 2nd full length album.

One thing that stands out in the Director’s Cut version of the album in comparison to Teen,Age is that three of the four additional tracks showcase Seventeen as a whole. As self-producing idols they know themselves the best, so they deserve special props for being able to create several songs that distribute pretty equally through thirteen people without sounding messy.

The title track of Director’s Cut, “Thanks,” shows Seventeen behind the scenes — writing, recording, and dancing. The strongest part of the MV is the performance, the clean lines and visual effects are stunning. The song, however, is auditory edging. It builds and builds yet somehow doesn’t come to a satisfactory climax.

I couldn’t express my feelings
Because I wasn’t brave enough
If only I knew love a little earlier
Ever since the first day I saw you until now
In my heart, it’s only you

On the one hand, taken at face value it could be a thank you for fans, which makes the song very sweet. Yet looking at the lyrics — which speak to being too young to appreciate things or truly express feelings — there is a bittersweet edge to the song. Are Seventeen saying thank you for sticking around through this sometimes thankless job? Is this for a friend, or fan, or maybe a family member? Maybe it’s for each other, saying thank you for keeping each other sane through the insanity that is idol life. Or, possibly, thank you to their craft, for being a release. Though there is a mention of ‘love’ we have to remember that not everything has to be romantic.

Of the additional tracks, “Run to You,” is reminiscent of an anime opening with it’s rock theme and clear vocals. The different units make strong showings on the album as well. The aforementioned “Trauma,” as well as “Change Up,” are clear representations of the members of the units, how they want to be presented as artists, and what type of music they excel in. However, these two tracks are part of the original release, Teen, Age, and bring us back to our original question of why go for the repackage in the first place? 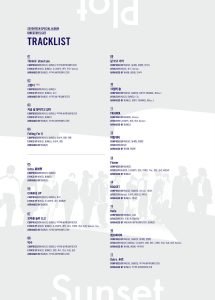 Director’s Cut suffers from an identity crisis. As a casual listener of Seventeen, and a fan of their track “Trauma,” this isn’t the album doesn’t give me any sense of Seventeen as artists. While there isn’t any rule that says that a group must stick to a certain sound, genre, or theme throughout an album, to go through over a dozen tracks and have them all be drastically different is jarring, especially to someone who isn’t familiar to the group at all. How am I to gauge what type of artists Seventeen are if they’re all over the place? Even if the album is meant to be for the fans, there is always the chance that non-fans are going to come across it. Any album should have general appeal, and there’s a lack of a real wow moment to the album.

It’s hard to have strong feelings towards Director’s Cut as there is just so much and yet so little going on with it. It’s clear that Seventeen is a talented group with the ability to go far; however, a clearer focus in sound would help them garner more attention from the casual listener.