Just Between Lovers: The Road To Healing 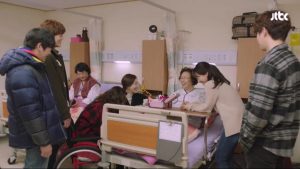 One of the rules in the world of K-dramas seems to be to avoid realism at all costs. For so many, dramas are supposed to be a slice of absolute escapism. You get to enter a comforting fantasy world so different from our own for an hour. Dramas that are popular tend to coincide with ones that avoid true depictions of the pain and brokenness we see in the real world, or use these simply as plot devices or a quick back story.

Just Between Lovers instead chooses to completely engage with the pain we see in our world by telling the story of two survivors of a building collapse and their attempt at recovery from the disaster. The show in no way hides away from examining the struggles of its characters in all its elements while also retaining a hopeful outlook on life. All of this made for a beautifully cohesive meditation on brokenness and healing. 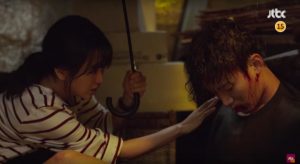 One of the main ways that the show explores brokenness is through its main characters, Lee Kang-doo (Lee Jun-ho) and Ha Moon-soo (Won Jin-ah). We are shown how the disaster shaped and continues to shape their lives; Moon-soo struggles with feelings of guilt about her sister and tries to help her mum who struggles with depression and alcoholism.

Kang-doo suffers from PTSD, and the show portrays his vivid nightmares and panic attacks that he has to rely on painkillers to ease. It is notable how the show is consistent in displaying the effects the accident has on him. Often when PTSD is featured in a K-drama, it appears once as a device used to make the male lead sympathetic and then it then disappears. However, in Just Between Lovers, there is a clear dedication to realism. Throughout the show, writer Yoo Bo-ra  stays true to fully depicting the emotional aspects of the lives of victims and survivors, fleshing them out beyond mere statistics into human characters.

The show is not only about pain but also healing through relationships. Just Between Lovers is centred around the romantic relationship between Kang-doo and Moon-soo. Healing relationships have been seen in other dramas, and the relationship in this drama reminded me of Healer. Both shows display characters trying to recover from their traumatic pasts, but they are also romances full of tenderness and place great importance on physical contact, emphasising the simplest romantic gestures like hand-holding. Like Healer, Just Between Lovers is set in winter, which helps to create the feelings of warmth in the romance. The couple is literally and metaphorically trying to shield each other from the coldness of the weather, which is a parallel for the harshness of life itself. 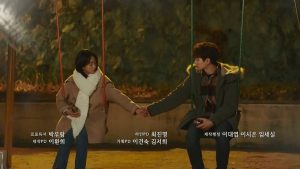 Beyond romantic relationships, Just Between Lovers builds up an elaborate network of non-romantic and mostly non-familial supportive relationships. It also shows a variety of different characters coping with the aftermath of the disaster. The writer gives screen time to more minor characters like Jeong Sook-hee. Played by Na Moon-hee, the medicine seller not only helps with physical afflictions but emotional ones as well. The relationship between her and Kang-doo is the most touching in its sincerity and honesty, and is a rare instance of a friendship between an elderly woman and a young man on screen. 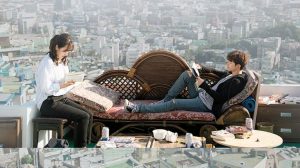 The setting plays a pivotal role in the drama. The drama is based around the event of the site of the building collapse being built on. The two lead characters both end up involved at the building site and eventually work together on a memorial. Through slowly confronting and working through their traumatic pasts, they are finally able to begin healing and recovering. The event is a trigger for the characters and the story, reviving memories of the disaster, but it is also a sign of hopefulness. The physical rebuilding suggests that the lives of those affected by the disaster can also be emotionally repaired in spite of obstacles.

Just Between Lovers is a well-made testament to the power of TV to help us enter the lives of others. Crafted with thoughtfulness and a clear determination to tell the story it wants to tell, it gives voice to those often forgotten.