Jonghyun Takes His Final Bow in "Before Our Spring" 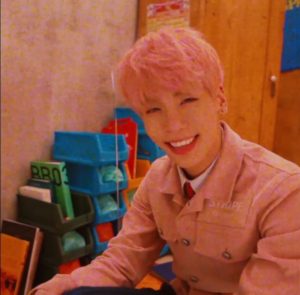 When SM Entertainment announced that Jonghyun‘s final full-length project would be released, it undoubtedly felt bittersweet. It felt like the definite final bow that Jonghyun would take which would conclude his magnificent career and his solo artistic journey that fans were lucky enough to see flourish. Yet, there will be a certain sting of pain and tears that will appear as fans consume Jonghyun’s final memories and stories through his songs.

But the remembrance that there is beauty in pain should always be strongly acknowledged, especially in consideration of Jonghyun as an artist and as a poet. Somehow Jonghyun does not stray from this motif, he only enlightens it further with his final album, Poet | Artist and of course with the final closing track for his project titled “Before Our Spring.” Although the album’s previously released track “Shinin” brought smiles to tear-stained fans, “Before Our Spring” along with its melancholic visual montage will hopefully serve as a comfortable resolve to those that still need a closure from Jonghyun’s passing.

The music video for “Before Our Spring” is introduced with a special clip of Jonghyun as he shyly smiles and quietly talks to an audience in front of him. His sly demeanor is quickly broken as he waves goodbye to the camera, his contagious laugh blending into the starting piano melody for the soothing ballad. Jonghyun opens up the song with a sweet proposal to an unknown person, stating his desire to meet once again before the warm season weather begins.

Before spring comes
Before it gets warm
Shall we meet? 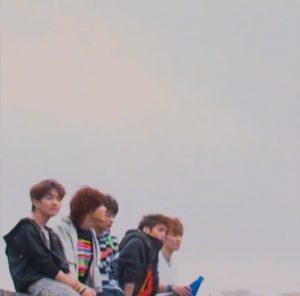 As Jonghyun begins his proposition, the music video montage reels clips of the singer in various stages of his musical career. There are clips that stir up a heartbreaking nostalgia from the beginning of Jonghyun’s earlier idol activities with the group Shinee, contrasted with heartwarming moments from his funny antics while on various music video sets. The montage also highlights the strong bond between Jonghyun and Shawols. There are various video clips shown of how admired and loved Jonghyun was treated by his fans all the way from the start of his career to the beginnings of his solo musical journey where he was able to establish himself as a songwriting poet.

True to his talent, “Before Our Spring” is not an exception to Jonghyun’s brave and honest storytelling that he was able to conjure within every song he created. The lyrical composition of the ballad reads like a storyline where two heartbroken lovers ache for one another as they seek to be reconnected. Although it is winter, Jonghyun somehow fears for the spring. He is instead content with watching over the person he loves and feels that just watching one smile will bring him to peace.

It is not difficult to perceive “Before Our Spring” like a song written to his fans, nor is there any shame in thinking so. In fact, the most compelling and mournful sequence of the song presents itself within the last two verses that Jonghyun sings. 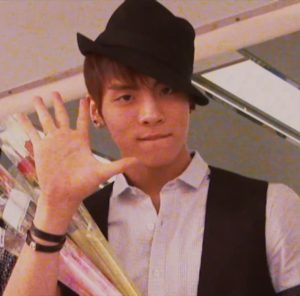 From his point of view, winter seems to be an inescapable state of mind that Jonghyun cannot easily break away from. The winter season is usually used as a metaphor to express feelings of sadness and hardship and through this piano ballad, Jonghyun voices the same sentiment but comforts his lover by telling them that eventually, the warmth of spring will come to him as it did to them.

Although from the very start of the opening lines, Jonghyun asks to meet his lover once again before the spring weather arises, in the closing lines he changes his mind as he feels that the sadness he has within him, masked by the winter weather, is somehow contagious and therefore dangerous to those he loves. Jonghyun closes “Before Our Spring” with a somber but hopeful message,

I don’t want to go to you
I’m afraid I’m contagious
when I forget my tears and my sadness
When spring comes to me too
Then,

The ambiguity of the song’s ending is somehow a beautiful beginning to Jonghyun’s story because in reality there is never going to be a true ending to the career he has built since his early teens. Jonghyun will forever be immortalized through his songs and through the people he was able to touch just by his voice alone. Even as more people become aware of the inner struggles Jonghyun faced, especially with the release of Artist | Poet, and the bittersweet ballad “Before Our Spring,” till the end, Jonghyun kept hope that he would be capable of foregoing his tears and sadness for something much more peaceful.

Although Jonghyun may have brought us spring even through the winter time with each one of his releases and joyful appearances on TV and radio, I hope that he too may feel the warmth and peaceful aura of spring where he is no longer able to feel pain and ache from his troubles.

Jonghyun, you did so well. Thank You.