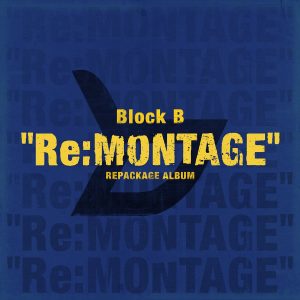 Only two months ago, Block B released the album Montage that wrapped up all their playfulness and humor with some underlying heartbreak. In my last review, I couldn’t say enough about how much of a hit Montage was and how it was the album that fans should use to convert others. Now Block B has dropped Re:Montage, the repackaged version of the album that includes three new tracks not included in the original.

While repackages are not a new thing in the K-pop world, the planning and thought behind them can sometimes be confusing. Why weren’t these songs included in the original run? What do these songs add emotionally, lyrically, or thematically that’s different from before. In other words, why a repackage?

Montage’s title track “Shall We Dance?” was a lively, dance track full of boastful pride and Block B swagger. In comparison, Re:Montage’s title track, “Don’t Leave,” is a sad ballad, lamenting a relationship gone south. While this isn’t Block B’s first foray into this sound, the placement of this song (and the other two) on this album is jarring. While there is nothing technically wrong with the song, nothing about it feels needed. The new tracks of Re:Montage just don’t mesh with the tracks of Montage which makes it hard to connect with “Don’t Leave” as a new title, especially when a few minutes later you’re hit with the heavy bass of “My Zone.”

The remaining two tracks — “Last Stop” and “Everythin’,” — are solos by members Jaehyo and U-Kwon respectively. “Last Stop” is Jaehyo’s first Korean solo and does a great job of showing why he should have had this opportunity before now. His voice is strong and controlled, and makes one wonder why he doesn’t get showcased more regularly in the group.  U-Kwon’s “Everythin’” gives off a slightly generic feel, but with his work in Bastarz this solo doesn’t present us with anything new as an artist, nor does it mesh with either the new parts of Re:Montage or the original Montage album. Comparatively there’s B-Bomb’s solo “Give & Take” on Montage. Not only does it fit the album musically — it’s a smooth track like “Like This” with some of the bounce of “One Way” — but it also highlighted B-Bomb’s image within the group. 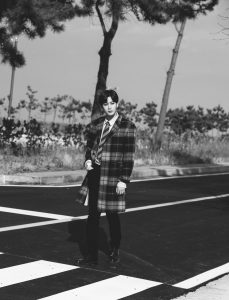 The big question with Re:Montage is why? Why was it deemed necessary to create a repackage when the original Montage was a great album on its own? The Re:Montage tracks could have been used later as a mini album where these distinct songs could be better appreciated. Block B has been playing with the idea of a more mature sound with varying degrees of success. Instead of shoehorning these three new songs in with an already good album and calling it a day, they could have instead used this opportunity to explore that maturity. Re:Montage is more of a mashup of two completely different albums, than an addition of extra B-sides.

As it stands, there is nothing fundamentally wrong with Re:Montage. It simply could be a stronger piece of discography as a standalone than a repackage. With as amazing as Montage was, there was simply no need to fix something that didn’t need messing with in the first place.