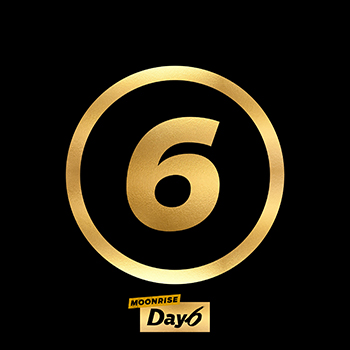 In this year’s mid-year album review, Day6’s Sunrise made it into all three lists of the top albums. Rising above the average musician or performer in the scene, their versatility and vocal chemistry stands as testament to their talent. Their recent release, Moonrise, is a stunning continuation of that success. Arguably, the appeal of Day6’s songs lies in how directed each track is. The sound of each song carries with it a specific atmosphere and style, solidifying the band’s maturity as musicians. These are artists that know what they want to achieve with each composition.

Day6’s Every Day6 project promised fans two track releases every month throughout 2017, and concerts from January to December. The project culminated in Sunrise and Moonrise, with each album consisting of 13 new tracks. Unlike Sunrise, an album that focused on a heavier pop rock sound, Moonrise is a collection of funkier tunes interspersed with raw, melancholic tracks.

The album opens with “Better, Better,” a track with a distinctive rock sound. This particular track is a great opening to the entire album, as it is neither strikingly experimental, nor driving hard at the emotions. Rather, it is a song that feels like a warm embrace. Heartening with its message, this track welcomes the listener, especially with the chorus that recurs throughout the song. It eases the listener into the following tracks.

The title track, “I Like You,” is a simple love song, but Day6 always has a way of infusing an elegance into such simple declarations of love. “I Like You” is affecting because it traces the emotional build-up towards a confession of love. It is an experience that is shared by almost everyone, and Day6 succeeds in capturing the essence of it in their music. The calmer verse that starts the song picks up with the entrance of the guitars. As the song peaks at the chorus, an outburst of emotion overflows from the song. With a simple phrase of “I like you,” the vocal strength of Day6 shines through.

Contrasting against the rock ballad of “I Like You,” the album introduces a more playful sound found in “What Can I Do.” The track kicks off with rough guitar riffs, a clear signal the band is taking this song in a completely different direction than earlier ones on the album. The bridge for “What Can I Do” is particularly alluring, stripped bare for a moment from the heavy rock melody. Wonpil’s gentler voice over just a keyboard in the background is hard to resist, offering a balance to the generally upbeat melody throughout the entire song.

“I’ll Remember” addresses a different aspect of love — not the despair of unrequited love, or the bubbling joy of puppy love. This track deals with the aftermath of a broken and fading memory of past love. Expressing a different form of love, their music also transforms its style to suit a variety of expressions. Similar to “I Like You,” “I’ll Remember” is a rock ballad, but unique in its musical flavour. The pulsating electric guitar riff at the beginning of the track calls to mind Japanese pop rock sounds, but this quickly shifts to a softer, melancholic vocal melody. The fusion of both produces a track that is surprisingly poignant. 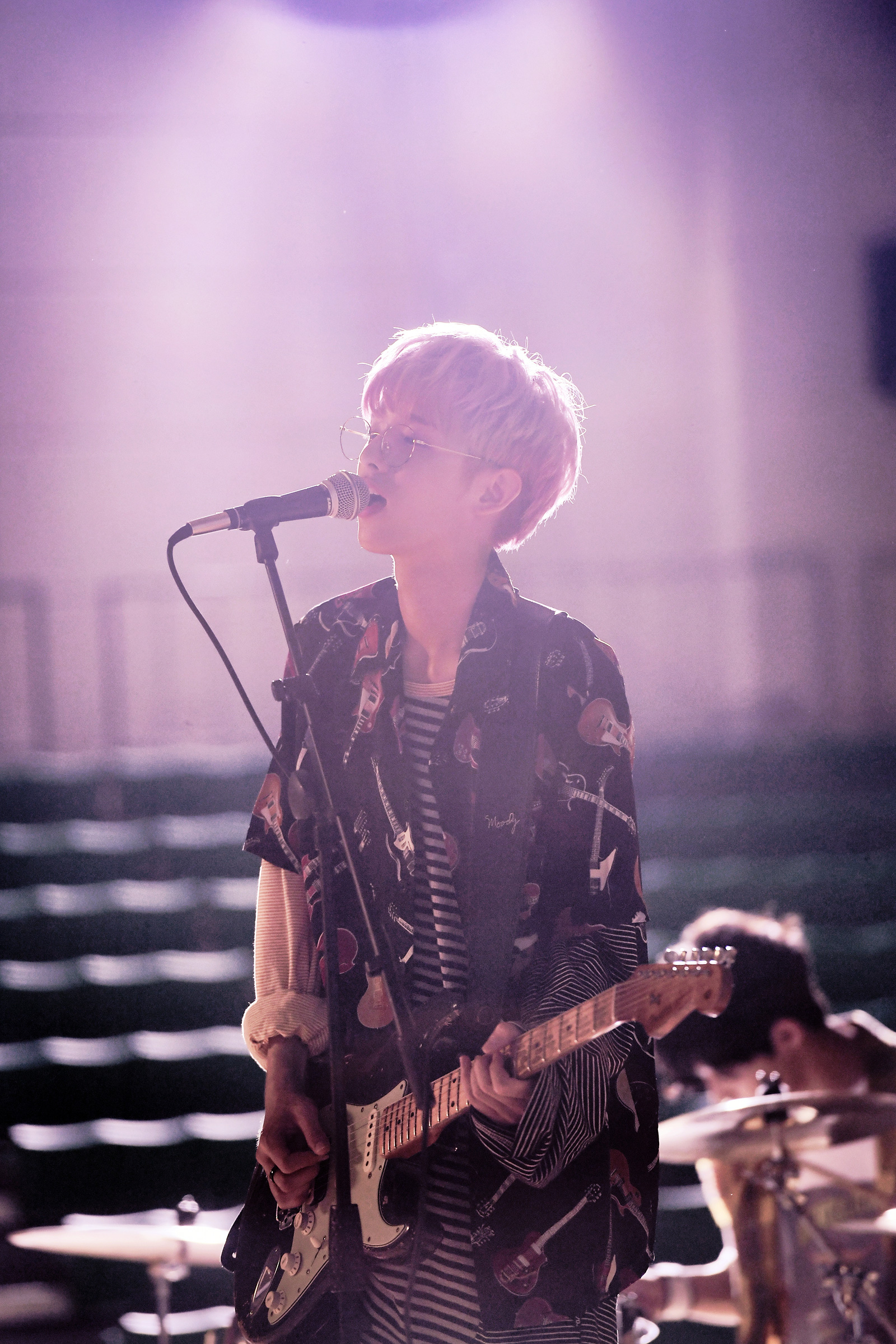 Going beyond love songs, Day6 is especially charming in their grasp of music and understanding of its ability to bring people together. A song like “Whatever!” is a perfect example of this, having no complex meaning to convey. Instead, “Whatever!” creates an enjoyable atmosphere, aimed at relieving the worries of listeners. It is a song that carries with it the free-spiritedness of the band, an attitude that can be seen ever since their debut in songs like “Freely” and “Dance Dance.”

The band has also always been versatile with their music styles, starting with a characteristic rock sound and rock ballad tracks in their earlier days. Recently, they have expanded into the territories of modern rock, with hints of psychedelia or urbanism. “Be Lazy” is an addition into the areas of music the band has conquered. Funk is clearly the style of this track, with a prominent bass groove driving the melody. Of course, Day6 also takes on a creative slant in the lyrics:

The energy of “Be Lazy” slowly fades with the pensiveness of the next track, “Hi Hello.” This transition, however, is in no way abrupt. Subtle as it may be, the opening of “Hi Hello” is an electronic echo that proceeds into the band’s instrumentals. Such a progression from track to track allows the energy to dissipate gradually, contributing to the comprehensiveness of the album construction. Returning to the track “Hi Hello,” the captivating aspect in it has to be the harmonisations in the chorus. The innocent contentment conveyed through the song and laidback atmosphere makes the track a pleasant listen, one that certainly recalls fond memories of youth and living without the burdens of society.

“I Loved You” and “When You Love Someone” brings listeners back to the lighter sound of Day6. Harmonisations resurface in the chorus of “When You Love Someone.” Coupled with the keyboards in the verses, the melody constructs a softness in its musical texture. Once again, Day6 succeeds in delivering a comforting song to counter the harshness of the winter weather. The lyrics to “When You Love Someone,” though simple, are endearing:

On the other hand, “I Loved You” follows a characteristic rock ballad sound, with the electric guitars having a much greater presence in the track. However, it would not be a Day6 song without some element of novelty. With “I Loved You,” the experimentation comes at the start with cricket sounds, and later, whistling layered over the melody. The inclusion of these two elements, and the chorusing that enters during the verses adds a crucial aspect of depth to the song.

“All Alone” sounds like a Christmas tune with its light percussions and choral elements. Ironically, the festive atmosphere goes against the emptiness evoked through the lyrics:

Bringing to mind songs like “Last Christmas,” “All Alone” mixes the feelings of loneliness with a seemingly joyous melody. The strange concoction of tunes amplifies the melancholy of having to face a cold winter alone. Pensive rather than dreary, this particular track makes for a good acoustic performance. 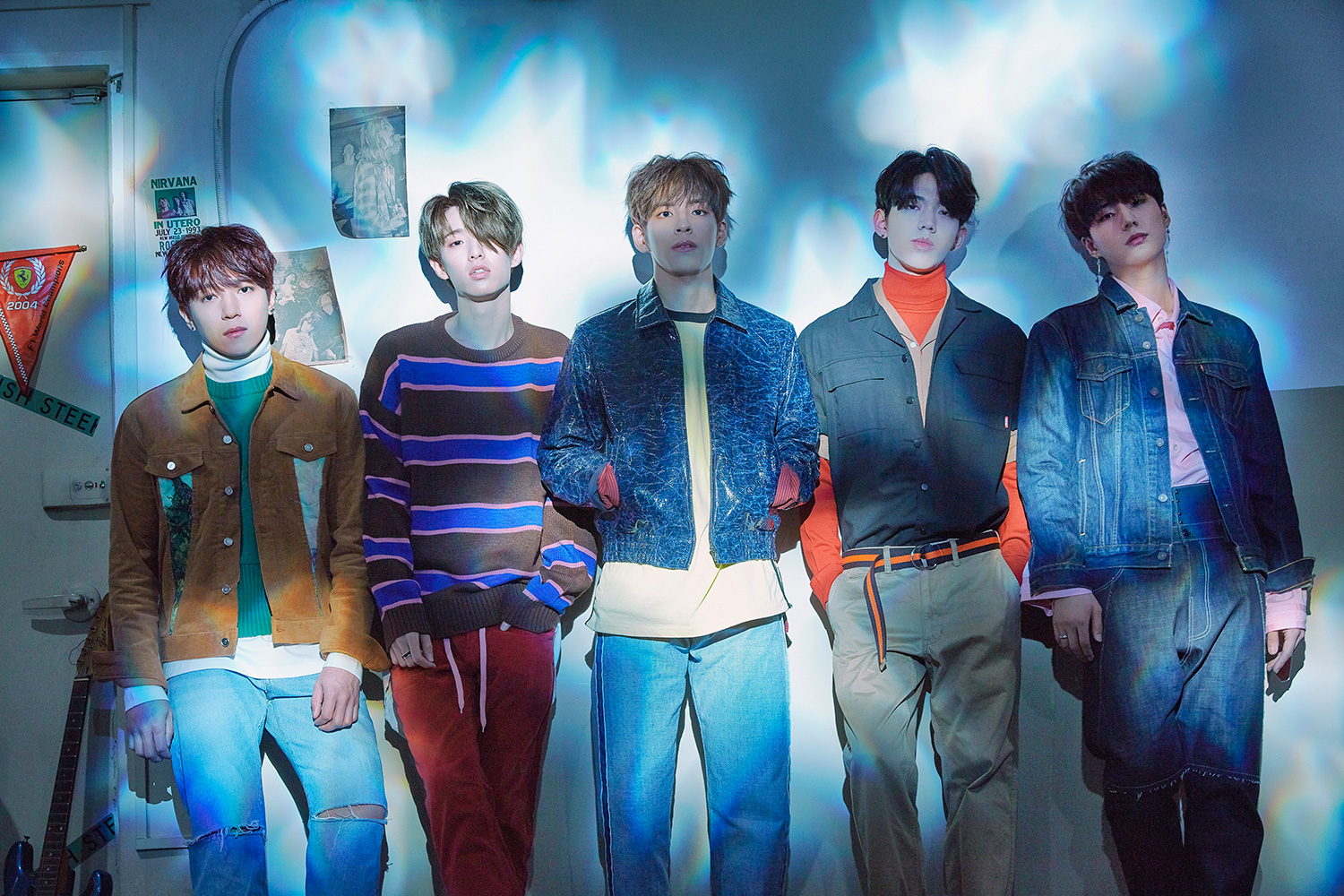 The album concludes with “Pouring,” “I Need Somebody,” and “I’ll Try.” The last three songs form a gradual quieting down of emotions. “Pouring” is an energetic track that sounds like it could be the opening to a Japanese anime. The pulsing drum progression would indubitably drive the energy of a crowd. Subsequently, “I Need Somebody” softens the energy from “Pouring,” though retaining a certain emotional force. An acoustic guitar is obvious in the melody, but the track is aggressive in its delivery. The desperation to escape loneliness explodes in the chorus, delivered by Sung-jin’s rough vocals.

“I’ll Try” is the last song in the repertoire of new tracks. It offers a soothing conclusion to this leg of Day6’s journey. With only a piano making up the melody, the band relies solely on their vocals in conveying a heartening message. A dedication to their fans, “I’ll Try” is a song of gratitude and a promise by the band to remain faithful to their music, through their music:

Oh just like I was loved as I am
I will hug all of you just as you are
I will accept you, I will try my best

Listening to the album from the very first song up until “I’ll Try,” it almost feels as though a beautiful story has come to an end. As the piano fades away at the end of “I’ll Try,” it is not hard to imagine a curtain call accompanying the instrumental fadeout. A tracklist that falls short of an hour manages to feel like a lifetime. The wholesome experience of listening to a Day6 album really solidifies the band as beyond the average crop.

Of course, the album does not exactly end with “I’ll Try.” The band continues to include new versions of their older songs, this time with five additional tracks. Labelled as “final versions,” the band has remade “Colours,” “Like That Sun,” “Out of My Mind,” “Habits,” and “Freely.” Perhaps as a statement of their growth away from the days of formulaic song structures, this process of remaking their songs is also an attempt at reconstructing their own image as a band. They are no longer the young boys who stuck with a single style of music. Rather, they are slowly refining their understanding of music and experimenting in more ways than listeners could ever imagine.

Choosing to trace each song in the album, I attempted to demonstrate how Day6 is exceedingly capable of being consistent with their music style yet at the same time continuously conquering new grounds. This seemingly paradoxical statement is somehow true, evident upon listening to their debut tracks up to Moonrise. In the short three years after their debut in 2015, the band has managed to come up with a distinctive Day6 rock sound while infusing elements from other genres. 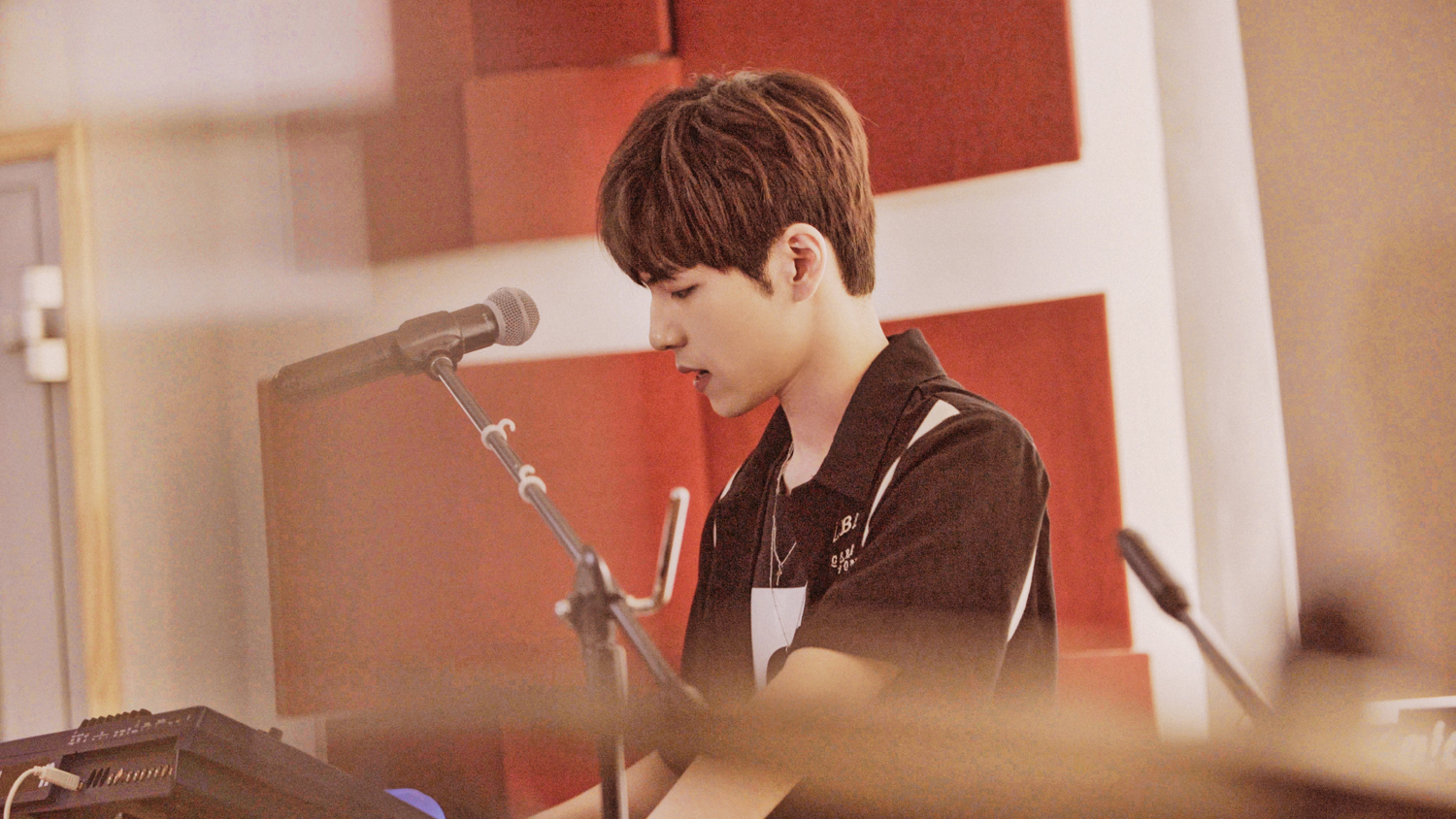 Adopting a familiar binary of day and night, Moonrise is a brilliant complement to Sunrise. Wrapping up the Every Day6 project with the image of a sunset, Moonrise is a beautiful closure to a milestone in the band’s career. With both full-length albums, Day6 has displayed their musical flair and also their dedication in producing music they can call their own. It is no easy task to continuously put out new tracks every month of the year, considering each release comes with appearances on music shows, MV productions, and other promotional activities.

Day6 not only deserves respect for their spectacular musical compositions, but also the immense amount of hard work invested in nurturing their own musical growth. After all, Every Day6 was a project the band themselves proposed. Day6 has certainly walked us through the year of 2017 with endless good music. As 2017 approaches its end, fans can welcome the new year with brimming anticipation for what brilliance the band has to offer in 2018.