While You Were Sleeping: A Quintessential Park Hye-Ryun Drama 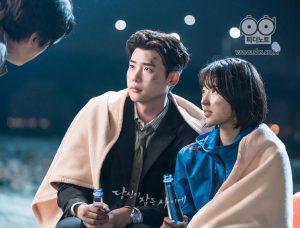 To a great extent, While You Were Sleeping feels like the last part of a trilogy with I Hear Your Voice and Pinnochio, and in a way it is. They all are written by Park Hye-ryun and this drama tackles similar themes; many of the “Park Hye-ryun staples” pop up here — tragic background stories, the presence of Lee Jong-suk, journalists, the legal profession, a fantasy element, and more. Furthermore, like the previous dramas, While You Were Sleeping makes an attempt at mixing legal, thriller, melodrama, comedy, and romance genres together. Though the show is distinct from the others, it still makes for a flawed but touching, entertaining, and distinctly “Park Hye-ryun” show.

Park Hye-ryun centres this drama on different moral and ethical topics with the main, overriding topic being the power of our choices. The story sees the leads, the three flying dragons, attempting to change the future they see in their dreams; a lot of this is about pursuing the truth and fighting for justice, a clear revisit of the themes in her previous supernatural dramas. The main way the dreams appear to work in the drama is that the main characters tend to see if each other or others are in danger.

Arguably, there is no need for the dream elements because, at times, knowing what is likely to happen removes the excitement and thrill of some scenes. Yet there are points when exploration of the dream component truly fits into the drama well, like when Nam Hong-joo attempts to prevent Jung Jae-chan from getting stabbed but ends up being shot. 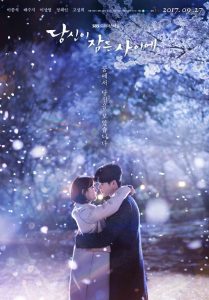 However, there is much more of a focus on the ideas of justice, truth, moral duty, forgiveness, mercy and empathy. With its idealistic sensibility, the drama emphasises seeing everyone, even criminals, as fully human non-judgmentally and with empathy.

One clever way that this is shown is through Jung Jae-chan’s love of selfies, originally seen as narcissistic and arrogant by the other characters. Yet, it is revealed to be about showing his progress in life to his late father. Overall, the most important dream is not any that the characters have but the dream of a more compassionate, just and loving world.

A similar theme to compassion is that of duty to others. All the main characters, Jung Jae-chan, Nam Hong-Joo (Bae Suzy) and Han Woo-tak (Jung Hae-in) are public servants — a prosecutor, a journalist and a police officer — and carry a duty to others, linking back to the themes of moral duty, compassion, and empathy.

In a set of poignant scenes in Episode 5-6, Jung Jae-chan (Lee Jong-suk) ponders over the differences between just acting recklessly and acting justly. Park Hye-ryun suggests, in this drama, that there is a need for acting recklessly for others; and through the course of the drama, all three leads end up in life threatening situations and visit the hospital a lot. 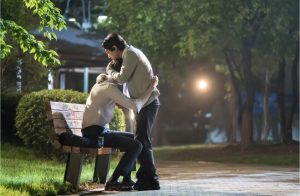 While You Were Sleeping also emphasises the importance of our choices as its main theme, playing with the idea of the butterfly effect that smaller choices and decisions lead to larger effects; the connection between the past, the present and the future is a constant thread throughout the drama. The most significant example of this playing out is the final sequence of events: the decision of Lee Yoo-bum (Lee Sang-yeob) to fabricate evidence to a wrong imprisonment, a suicide, a son being bullied and getting in fights, a son’s loss of his Father, etc.

In one way, While You Were Sleeping is about reconciliation with the past as the lead characters take the place of their late, selfless parents. These mirroring scenes are incredibly touching, proving Park Hye-ryun still has the power to make emotive and moving scenes. Another example of this is when we discover that Choi Dam-dong (Kim Won-Hae) is the older brother of the soldier who killed the leads’ parents.

Though the drama deals with heavy themes, Park Hye-ryun has also created a witty, detailed show where even minor details play into the plot — from the young Jung Jae-chan not being able to say justice in English in his tutorial with Lee Yoo-bum to Nam Hong-joo’s bedroom and the movie references in the titles to the adverts on the bus and at the bus station. 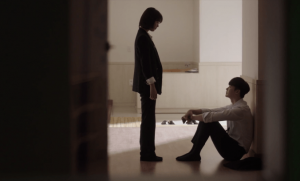 Park Hye-ryun also is, in my opinion, at her funniest in this drama. For example the running joke or the hilarious scarf scene with Nam Hong-joo and, later, Park So-yoon (Kim So-hyun).

However, in While You Were Sleeping, Park Hye-run also demonstrates some of her weaknesses of TV writing. The show throughout walks a tightrope between multiple genres, a difficult task. At points, she succeeds and in those scenes, the show is at its best. However it is a task that sometimes Kim Hye-ryun fails at, particularly with legal scenes (of which there are many).

Especially in the final quarter, the legal genre dominates all the other genres in the show, making it slightly dry. Also, the legal elements make the show a little repetitive and, despite the charged courtroom scenes, removing these scenes would have freed up the series. Moreover, the show takes the case by case route which means more cases to tackle and more characters to meet but it also means that the show lacked the absolutely all-engrossing, arresting nature of I Hear Your Voice with its continuous narrative.

Despite its flaws, after While You Were Sleeping ended, I wanted more episodes and more adventures with the team. The drama was a beautifully shot, warmly written, socially conscious, riveting, funny, romantic and lovingly crafted show from Park Hye-ryun. While it was in no way perfect and with some clear flaws, While You Were Sleeping was one of the most heartwarming shows of this year, a call to see that we are connected to each other and we have a duty to care for one another. Basically, a quintessential Park Hye-ryun drama.