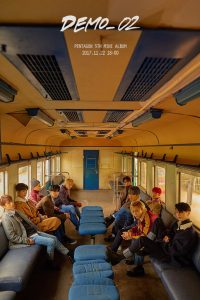 With busy individual schedules, composing gigs and participation in Triple H, the members of Pentagon have always been involved in various facets of K-pop, while also maintaining their stature as an idol group. The group seems to have gotten the foundation of their musicality right with their previous releases and have begun to build their concrete structure with their latest release. Pentagon is back, for the third time this year, with their second installment of the Demo series. This is their fifth release as a group since debut and they have been consistent in churning out quality music, with Demo_02 being no exception. The ten-member group’s album consists of five self-composed tracks, including the title. The group seems to have been aiming for a dreamy, hypnotic approach to music in this album and they have successfully achieved that with the rendition of their tracks.

The album begins with perhaps the dreamiest track, “Violet”, that is highly reminiscent of BtoB. Spacious beats offer a lot of breathing space for the vocals to shine through. E’Dawn and Yuto display excellent rapping that really accentuates the softer parts of the song and provide wonderful contrast, thus saving the song from falling into monotony. The bridge building up towards the final verse is a sudden burst of cuteness, which seems to cut off the flow of the song but manages to keep it interesting. “Violet” is probably the best example of their vocal versatility and the group’s ability to diversify within just one genre as well. 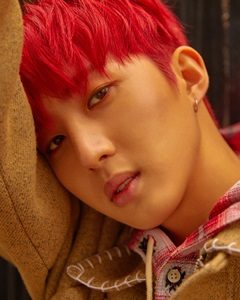 The title track of the album, “Runaway”, is testament to Hui‘s impeccable composing skills. Continuing with the soft-moving pace crystallized with “Violet”, Pentagon turns even a dance song on its head and the hard hitting, glitzy drop does not overpower the smoothness of the overall composition. It’s refreshing to see that the rappers have an equivalent amount of exposure as the vocals. The backing track, that can be best described as airy, adds class and sets “Runaway” apart as the title. It seems to be a departure from Demo_01‘s main track “Like This“, depicting the group’s attempt at heterogeneity in the series.

The tempo of the album certainly builds up with “All Right”. Possibly my favorite track off the album, the song really shows that despite their musical maturity, Pentagon is still young at heart. The repetitive hook of ‘la ra la’ adds a punch and differentiates it from the previous two tracks. It features another bout of skilled rapping that is perfectly placed within the beats. With lyrics like,

Get up and scream

Put on your rhythm

“All Right” is the perfect rebel anthem, but still retains prominent hints of the drowsy feel of the rest of the collection.

The rap and vocal line have exclusive songs on the album. “Pretty Boy” is the rappers’ product which has an emphasized sparse atmosphere in order to provide space for the beats of the rap itself. But this has made the track monotonous and uninspiring. Yuto, Wooseok and E’Dawn also spell out ‘pretty boy’ several times, giving the song the breather it needs and giving the listeners something to bob their head to. 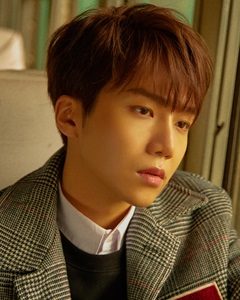 The last track on the album, “Stay With Me”, is the quintessential ballad, whose style Pentagon has mastered in just under two years in the industry. The guitar in the backing track is a beautiful inclusion and keeps it from becoming too melancholy. Jinho‘s high notes are unwavering and spectacular. Perhaps the addition of ad libs would have given “Stay With Me” a touch of the personality of the singers themselves, but nevertheless the song cements the superior, slow moving theme of the album.

Demo_02 has maintained a stable equilibrium of both rap and vocal and neither is overdone. The tempo never threatens to overwhelm and neither does it dribble down to a stupor. Pentagon, being rookies, has a long way to go but taking a look at the evolution of their discography, they have established themselves as a force to be reckoned with.