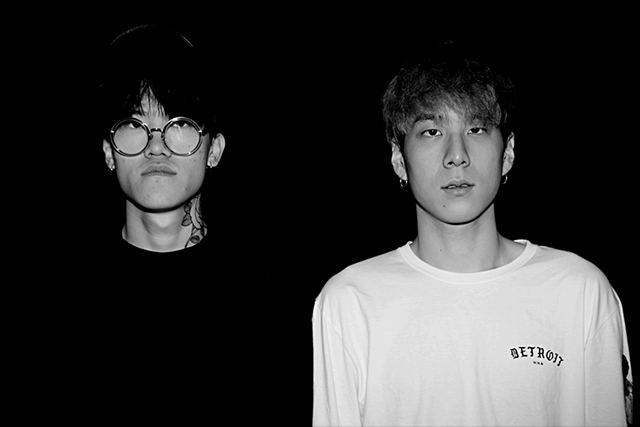 I’d be lying if I said I instantly fell in love with them. Their brand of hip-hop didn’t quite appeal to me. It could’ve been the delivery. Perhaps it was the lyrical content. But for some reason initially XXX didn’t quite connect. Then I had the chance to meet them at South By Southwest this year. Let me tell you, having a conversation with these young men would make any person on the fence jump headfirst to their side without hesitation. Their knowledge about hip-hop, their passion about their music, the process, the history is absolutely breathtaking. With that in mind, I took another listen. Their love of the genre is pure, and it shows in the way they craft their sound.

As my first encounter with just their music wasn’t the best, I was enticed by their visuals. Let me tell you, there aren’t many groups in South Korea who go for gruesome and graphic like this one. Though their input is only so far as Ximya giving the director the story behind the lyrics, ultimately their willingness to push the envelope as forcefully with their music videos as the music itself is incredibly fascinating. Track “Flight Attendant” pushed all the right buttons for me: irreverent, gory with a Junji Ito flavor, bizarre and nightmarish. If ever anything was meant to grab the attention and keep it squarely on the artist, this one was it.

The road to their becoming a group was a bumpy one, wrought with experimentation and failures, lineup shifts, bouts of inspiration and frustration. Finally, Ximya and FRNK decided the only way to go forward was in their on way without worrying about the general public’s acceptance. With Ximya’s personality of piss and vinegar and FRNK’s love of the cinematically self-indulgent (he cites Stanley Kubrick as a huge inspiration) and J Dilla, the duo set out to create hip-hop that challenges the perceptions and pushes the listener out of their comfort zone. With the support of their Beasts and Natives Alike (BANA) family, the men of XXX have certainly carved out a niche for themselves.