When You Fall in Love with Bolbbalgan4's "Red Diary Page 1" 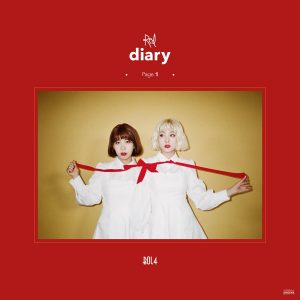 Listening to Bolbbalgan4‘s newest album does feel like reading the private confessions in a diary — naive, open, chatty and very personal. Red Diary Page 1  explores the themes of love and growing pains of life in a honest, talkative style with Bolbbalgan4 returning back to their now signature playful, simple lyrics and breezy, sweet tunes. While lacking in a true gem like Galaxy,  it does show signs of growth for Bolbbalgan4.

The album sits in the space between youth and adulthood. Bolbbalgan4 have retained the youthfulness of their previous album Red Planet but they have grown up. On this album, there is the song “To my youth“, a thoughtful look back at the past. It is an emotive ballad, different from their usual cheerful mood. It’s much darker, speaking about the pains of youth and relief at getting through the pain. 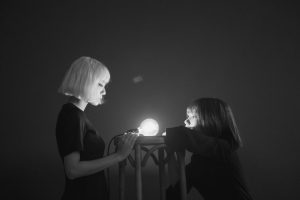 Yet we also have “Some”, a song about the desire to have a “some” relationship — a neologism used by Korean youth, referring to a complicated state of a relationship between friendship and romance. The bubbly, upbeat track sings of struggling to express feelings for someone and does give off the impression of someone with complete inexperience in love.

The theme of the messy business of relationships runs through the album. In both “Blue” and “Some”, the narrator changes her feelings easily and quickly. For example, in “Blue”, she sings to a jazzy number in succession that she is sorry then hates the person then says that she likes them.

Also it is interesting that the featuring of the colour blue in the song, the heart is described as “blue” and in the chorus she repeats the word again and again, a colour associated with melancholy and sadness – -in this song, a sadness to be done with the messiness of love. 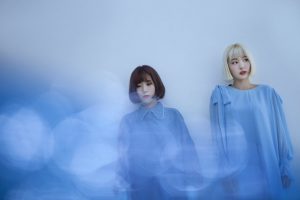 However, the album also regards love as their saving grace. In “Fix me”, the cheery but unoriginal tune, Bolbbalgan4 long for a love that will brighten up their days and “fix” them. The song does feature Woo Ji-yoon’s rap, something of a rarity on this album, sadly. “Imagine”  is also a mellow, gentle song about waiting for that someone to come into their life.

There is certainly some experimentation in this album. For example, the retrospective ballad of “To my youth” is not their typical cheery sound, not gentle in any way but stirring and affecting. Ahn Ji-young’s voice is just about strong enough to handle it and the lyrics do give a voice to any young person struggling through life. “Blue” also provides a new sound, much more mature and groovy than the usual and is truly the standout track on this album. While the rest of the album is in keeping with their old style, the tracks are still distinguishable. But I do hope for experimentation in the future.

However, they are mostly keeping to the style of old which gave them the hit tracks of last year. It is hard to replicate the successes of before and, musically, none of the songs here have the “wow” factor of Galaxy and the sweetness of some of the songs can be a bit too much at points. Yet, overall with this album, Bolbbalgan4 have shown some clear progress  and the album is perfectly enjoyable to listen to.