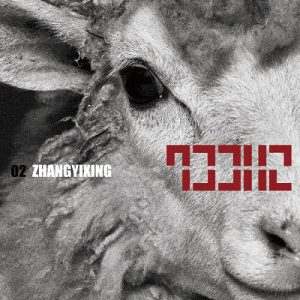 On his birthday, Zhang Yixing, better known as Exo’s Lay, released his second solo album, Sheep. And boy, is it a doozy. I love Lay. He is without a doubt my bias in Exo and I support him in all his endeavors, but this album. This album is not his best work. I really wanted to like this album, especially since it looks like it’s more likely that he will be focusing more on solo activities from now on. But Sheep is almost unlistenable — at least without feeling incredibly embarrassed for China’s favorite sheep.

The lead single, “I Need U” is the best song on the album and even that isn’t saying much. “I Need U” is just a rehash of songs off his first album, Lose Control. I loved Lose Control; it has everything that Lay is known for. Vaguely emo and sexual is what Lay does best. But “I Need U” feels like a song that was supposed to be on the first album but was cut because it wasn’t as good as the other songs.

Speaking of songs that sound like they should have been on Lose Control, most of the second half of Sheep sounds like Lose Control, but with more electronic production. “Director” and “X Back” sound the most like “Tonight” or “MYM,” songs that sound like he’s yearning for a lover and are perfect for body rolls or humping the ground like in this performance of “MYM.” Unlike his previous album, songs like “X Back” sounds more like songs that are popular in the West, specifically songs by The Chainsmokers. They’re not bad, but they also don’t really build on the previous album or show his fans a new side.

“Shake” is one of the other songs I enjoy off the album. Combining traditional Chinese sounds and more EDM influences, Lay sings about wanting to dance with the object of his desire. During the bridge Lay rap-sings:

Lyrically, it’s not very interesting or unique, but the backing beat is danceable. It’s not that original a song if you strip away the traditional Chinese instrumentation. It’s honestly an incredibly mediocre song, but it passes my “would get down at a club to” test.

Songs like “Sheep” and “Peach” will go down in K-Pop history as some of the more cringe-worthy songs. They are, in my opinion, almost as embarrassing as Luhan’s “Lu.” It’s no surprise that “Peach” is also about Lay’s sexual prowess; one lyric even says, “If you gimme that peach then I’ll be James and the giant one.” I genuinely could not listen to this song all the way through without having to pause and walk away from my computer. Lay even tries his hand at Spanish and it only makes the song worse instead of the intended ‘sexy’ vibe.

“Sheep” at least has a message to it, talking about Lay’s persistence to become successful and his views on how he wants to conduct himself professionally. Doesn’t make it any less embarrassing, though.

Overall, Sheep is simultaneously a departure from Lay’s first album and everything his last album was. The album is super safe production/songwriting wise and yet it has no stand out songs. Each song kind of blurs with the others and if they stand out it’s for all the wrong reasons. I appreciate that Lay is trying new things and styles, but it’s unfortunate that none of them are working for him. It’s also nice to see an idol have a hand in composing, writing, and producing their own album, even if this album leaves much to be desired. Hopefully Lay will continue to develop his songwriting and finally find a balance between his EDM/dance tracks and his more R&B heavy songs.