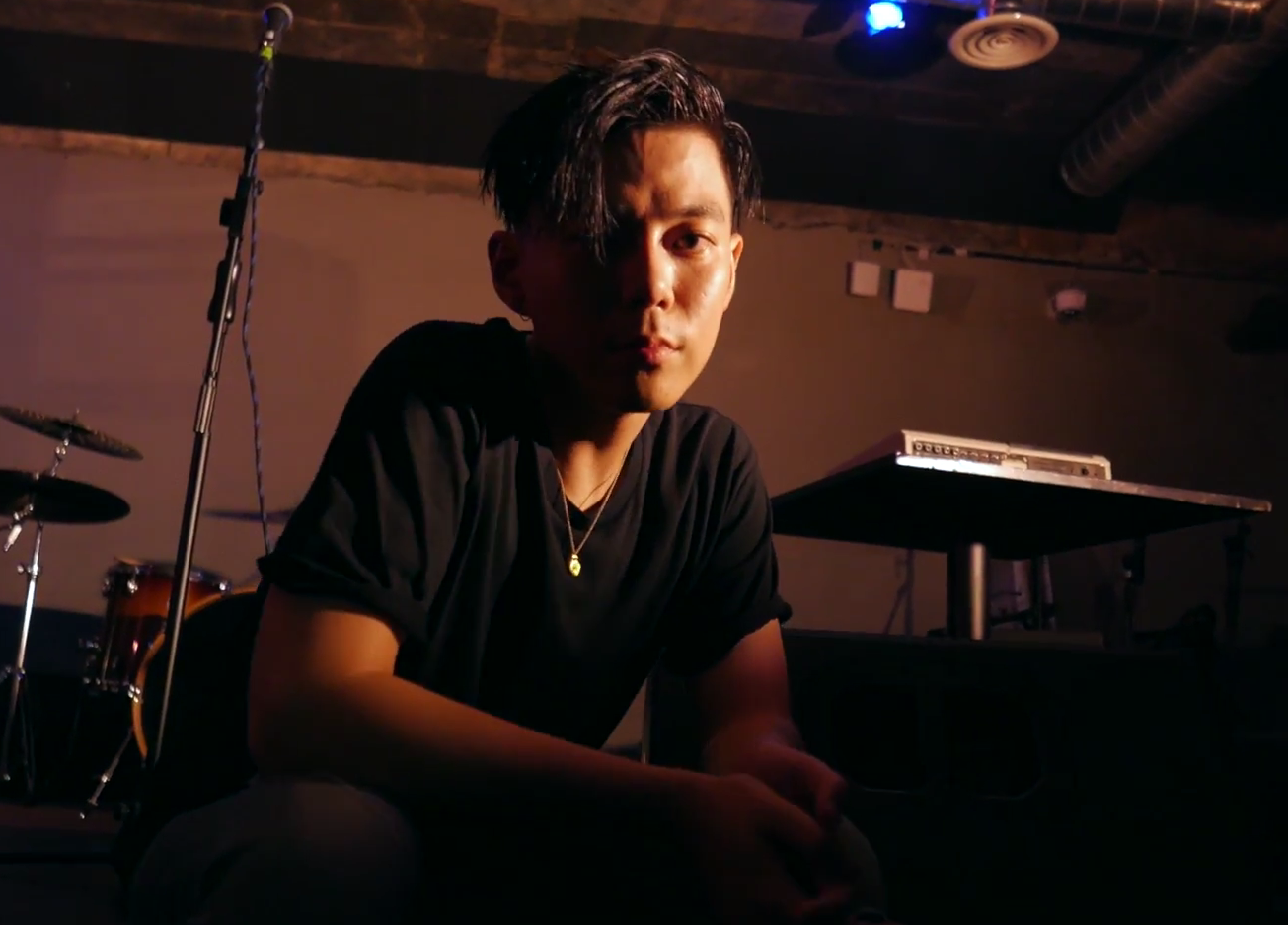 G.Soul has not been in the scene for long, but his name is on a quick rise. The R&B singer debuted in 2015 under JYP Entertainment, but he has since left for Jay Park’s H1GHR MUSIC. His name came to my attention when he featured on Zico’s “Anti” this year, leaving me wondering where had he been all the while. With his sleek vocals, it was impossible not to fall for it from the first second of the song. News of his solo album, Circles, being released made my heart soar.

His earlier songs released under JYP Entertainment (“You,” “Far, Far Away,” “Crazy For You” and more) failed to hit the mark for him, running with a more pop song strain. We know now his voice belongs in a whole different scene. Prior to the official release of his album, Circles, G.Soul held a showcase and also released a collaboration video with Chancellor covering songs like Suran’s “Wine” and Winner’s “Really, Really.” His dreamy vocals and gorgeous harmonisations on mere cover songs show us that he has finally found his place in the scene and his own performance style.

Circles easily sums up G.Soul’s personality in his music – laidback electronic beats on an eclectic rhythm and a chic tone to his vocals, he exudes a modern elegance. The first two songs introduces us to this new style of G.Soul’s. Though not the most stellar, they are a good mix suitable for a chilling out to at a bar.

“Tequila” is fairly simple in its composition with a beat sequence on loop and a slight rise in its chorus. However, the MV is a disarray of people getting intoxicated and seems to lack coherency. The colours and scenes are surreal. From a consistent yellow tinged lighting and the unrealistic hair colours of the females, to the random images of teddy bears and guns, there is a childhood dreamlike fantasy thrown into the mix. Perhaps it is supposed to be a reflection of the disorientation and indulgence hinted at through the track, but as a whole the MV adds little value to song itself. Hoody’s voice is a good complement to G.Soul’s but that too is not enough to distinguish the track from what seems like just another muted EDM song. The lyrics are not especially spectacular as well, circling around the content of being drunk and trying to pick up a girl at a club.

The second track, “Bad Habit,” takes off with a promising start. The quirky beats and musing introduction pulled me in, but the novelty wore off as the song ran on. Slightly better than “Tequila,” G.Soul’s vocals seems to shine through just a tad more here. The melody does alternate between the faster beats of the chorus and the drop into a slower, more spread out echoes of the bridge. This was a welcome melodic shift that added colour to the track.

Arguably, the real essence of the album lies in the two tracks that come in the middle – “Can’t” and “Circles.” The variety of instruments and brass sounds that come into play in “Can’t” adds a layer of sophistication absent from the first few songs on the album. “Can’t” is a song about an inability to move on, and literally it means still being in the same state as before. It is an entrapment in the past and we can see this reflected in the MV. The MV is simple, raw and evokes the exact sentiment of being chained to the past. It starts with a pristine black and white studio. It is empty, uncluttered and clean. As the MV progresses, the image onscreen regresses into a rustic backdrop – worn out metal barriers, grimy tiled walls, grainy video quality. The act of mental stagnancy is mapped out onto the physical performance of the MV. Towards the end, G.Soul sits alone and in despair. The band members have disappeared and he is left stuck in these feelings of the past.

Following “Can’t” on the album is yet another brilliant song. “Circles” is the type of song that G.Soul’s voice excels in. Against a melancholic and musing melody with a bass that envelopes softly in the background, we get to witness G.Soul’s stunning vocals as he pushes the notes in the chorus. He then brings it back down with a gentle groove in the bridge before building the melody back to a climax. Interestingly enough, the title of the song actually translates literally to mean “being in place,” and could also be a pun on “my place.” Echoing the translated title and album title, Circles, G.Soul sings about being stuck in a cycle of breaking up and making up. Like an inescapable circle, the melody reflects this wheel of entrapment with its melodic highs and lows.

Circles takes off with a rocky start, but it does contain gems that stand testament to G.Soul’s talent as a musician. Considering G.Soul’s involvement in the composition of the entire album, I am more than willing to applaud him as an artist climbing towards success. If Circles is his first album, he has already built a concrete foundation to take flight from. “Can’t” and “Circles” are insanely addictive tracks and it is not hard to see why the focus is slowly being drawn to him. Featuring on Zico’s track is but a start, and I would not be surprised if he starts collaborating with some of the big names in the R&B and hip hop scene. Eager for more of his music, a note of caution to readers: G.Soul is the kind of artist that once you get caught in his honeyed vocals, you will never be able to untangle yourself from it.