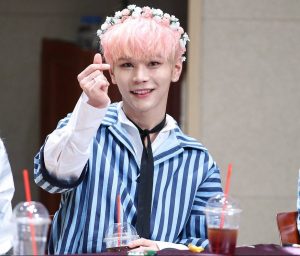 Recently, member Hansol from Topp Dogg has spoken to fans about himself, identifying as asexual. It’s great to see Hansol feeling comfortable enough to announce this, though the admission in Korea is likely to bring great challenges. In a live broadcast, Hansol mentioned:

As you can see, asexuality is varied and can be different from person to person. It is worth noting that Hansol’s use of the term could mean a number of different things and the information we have is unclear around which definition (if any) he might identify with. Nevertheless, Hansol’s courage is important because representation is important, vitally so. 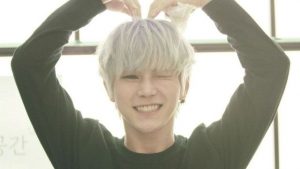 In a climate which is still globally unfriendly to most minority groups and in many places, lethal to LGBTIQA+ people (Lesbian, Gay, Bisexual, Trans(sexual), Intersex, Queer, Asexual + others), having Hansol be brave enough to come out as “ace” is something to be supported and applauded. Young people are often in a very vulnerable place when they discover their sexuality; they are especially vulnerable to popularity and public opinion, they are at risk as they are unable to legally make their own choices and often financially unable to support themselves. In other countries around the world, the risks include assault, torture and death, even in 2017.

To grow up and realise you are different from everyone else can be a frightening thing; a terrifying thing. It is a thing in Australia, which leads to 1 in 6 young people attempting suicide; 1 in 5 lesbian, gay or bisexual people feeling depressed; and 1 in 3 experiencing anxiety. Asexuality is even less common and publicised, meaning that the feeling of isolation is likely even greater. Globally, we are still not great at remembering that “different” is not a synonym for “bad”. Hansol himself worried fans earlier this year discussing suicide; though to be fair, the cause of his depression was not stated. He has called out homophobic language before, showing leadership amongst idols.  But what is the answer to feelings of shame and isolation? Representation and inclusion.

When Hansol announced he was asexual, people in South Korea and globally could listen and think “I’m not alone”, and “this is normal”. In the future, it means young people being able to look up to someone like them, (whether asexual, African American, lesbian, Aboriginal or otherwise) and think, “I could be that person. I could be successful. I could be loved. I am worthy of love. I’m ok.” Representation saves lives. It also shows other people that, asexual or otherwise, minority groups are nothing to be afraid of, and are just people trying to live their lives like everyone else. It gives them someone to identify with. “Oh, ‘ace’… wait, like Hansol?” 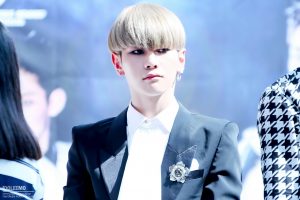 But, in being brave and in showing leadership, Hansol has left himself open to harm, especially in a country as sexually conservative as South Korea. In a nation where admitting differences in sexuality can destroy more than just a career, Hansol leaves himself open to rejection not only professionally and financially, but also from friends, family and loved ones. Hong Seok-cheon is the infamous example of someone who bet on public acceptance and lost nearly everything. Kim Ji-hoo was another star who came out publicly, though Ji-hoo comitted suicide, likely as a result of homophobic reactions to his sexuality.

The political situation too in South Korea is unfriendly towards LGBTIQA+ people, with politician Kim Moo-sung trumpeting homosexuality (and presumably any diverse sexuality) as “an outrage against humanity”. Additionally, there is a lack of equality in military law and a lack of comprehensive anti-discrimination law. However, times are changing, and media, idols and the public are slowly becoming more accepting of diverse sexualities. Hansol is one step further to a day when we can truly celebrate equality, not just in South Korea, but globally.

Netizens’ reactions to Hansol’s announcement range from positive comments supporting him for his bravery, to negative comments implying Hansol is trying to gain attention, and some comments which imply Hansol is confused or likely to change his mind in the future. Comments like this can be problematic because while some people may realise their orientation is not what they thought it was, many remain consistent. There’s nothing wrong with having a realisation that you are a different orientation to what you once thought, or even to change as you grow. There is, however, a problem when others refuse to listen and try instead to ignore a person’s orientation, minimise it and label them as something else. 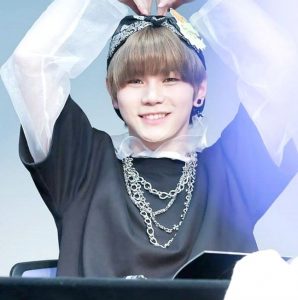 For example, for someone else to say to Hansol, “You’ll find someone you like eventually!” is both patronising and harmful. This reaction refuses to acknowledge that Hansol is an adult who can recognise his feelings and make his own choices. Should Hansol later find someone and decide for example that he is demisexual or gray asexual, there wouldn’t be a problem — provided that the information comes from him and isn’t someone making the claim about him without his permission. We all have the right to self-identify how we choose, and the responsibility to act in a respectful manner to each other.

Fans around the world are cautiously hopeful that Hansol will thrive and be successful in South Korean entertainment; or at least not be persecuted for his choices. The world is watching; hopefully South Korean views on acceptance have evolved since poor Hong Seok-cheon.