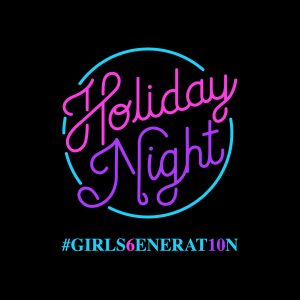 Only a few groups ever make it past the coveted ten-year mark in their careers. As popular girl groups from the second and third generations call it quits (2NE1, 4Minute, Sistar, Wonder Girls), it becomes more amazing when the older groups stay together. Although, SNSD is a member short from debut, the fact remains they’re still here. It’s not as if they’ve lost much branding power either since just about every K-pop fan, new or old, knows who this group is. It’s nearly impossible to get into K-pop without coming across an SNSD song.

Their discography is extensive with a sound heavily influenced by pop and the occasional ballad. They rule the scene with their girl power aesthetic that includes flashy costumes and fierce choreography. Their title tracks do include the requisite how-to-get-my-crush themes on occasion, but at the heart of their sound is a bubbly sense of friendship and fun between women.

With such a strong, long-standing career filled with breaking records, being national trendsetters, and achieving global popularity, it’s expected that their album a decade from debut would showcase this. It should show some level of growth and maturity, both in sound and lyrics. That’s what most groups do over time, right? Well, SNSD isn’t most groups.

I’ll just start with the title track that has a lot of people scratching their heads — “Holiday”. To me, this isn’t a signature SNSD song, at least not one for them in 2017. “Holiday” is a song I would’ve expected in 2012 or even 2015. Actually, it’s not a song I expect from them at all, and I don’t mean that positively. SM Entertainment is sleeping on the production here, going for a retro sound but keeping it in that decade as opposed to making it current. This is also a song I can see any number of girl groups doing. If GFriend had done this song, I would’ve been somewhat pleasantly surprised at the risk, but they’ve been out less than five years. SNSD is too grown for this track.

Some of you are going to go, “But they’ve always had songs like this, and they’re still young!” While this is true, it’s no reason they can’t expand their sound, especially when they’re a well-established name with a strong fanbase that’ll support their experimental ventures. The risks could fail or pay off exponentially, but they have to take those risks in the first place.

Considering we’re near the end of the summer vacation period, “One Last Time” might have been a decent contender for a title track. However, it also could’ve fueled disbandment rumors with the lyrics focused on the sadness felt before parting ways.

Tears fall, I’m afraid we’ll become distant
Stop the time while holding my hand gently
Let me stay inside of your embrace
You and I, unfamiliar in front of the goodbye
Remember the me you loved

“One Last Time” isn’t groundbreaking, but it would’ve been nice to get something more mature for a title track instead of their usual party jams. Casual fans probably don’t hear anything beyond the title tracks, so they’d be oblivious to the softer side of SNSD. It doesn’t hurt them to push what has always sold, but it’s not gaining them any new fans by favoring only uptempo songs.

I’d say the same thing for “Only One”. Again, this is a track that I could see some other girl groups nailing, but I do enjoy the acoustic style interlaced with a light Latin beat. It appears SM wanted to go for an ’80s/early ’90s vibe for most of the album, and you can detect influences of that time in songs like “All Night” as well. “Only One” would’ve been the office friendly contemporary music heard from someone’s cubicle, but “All Night” is the quintessential club song that would’ve had all the ladies hitting the dance floor. It’s not surprising that their video for “All Night” reflected such imagery from this sound.

Being an older fan, I couldn’t help feel a strong familiarity with “FAN”. I was instantly reminded of Earth, Wind & Fire‘s “Fantasy”, and seeing the song name made me wonder if there’s any connection. The similarity between the two songs made it difficult not to compare them. I would’ve appreciated “FAN” more if it didn’t come off like a bootleg version of “Fantasy”, which is one of Earth, Wind & Fire’s most popular hits.

Aside from “All Night”, another song that stands out is “Sweet Talk”. Honestly, my favorite part is the first pre-chorus in which Tiffany‘s airy tone gives off a seductive edge. Sunny tackled the same line later, but her voice doesn’t pull off the same vibe. She didn’t sound bad; it just wasn’t as sensuous. 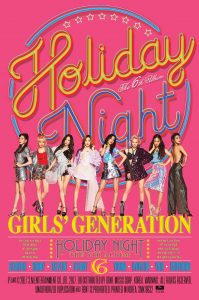 A majority of the songs were pretty forgettable, and the lyrics didn’t help since they were mainly basic and shallow. I know SNSD isn’t known nor expected to possess deep songs, but they’ve been around for over a decade. I wanted to hear the evidence of that fact. I love going through a group’s discography and hearing the growth. This album was nothing more than an exercise in complacency. I realize a lot of these companies promote with the “If it ain’t broke, don’t fix it” strategy, and it works economically speaking. It’s just a shame this bottom-line mentality doesn’t always lend itself to expanding creativity for one of their most famous groups.

When you’re as big as SNSD, the stakes are higher, so it makes sense that SM wouldn’t risk completely overhauling their sound. That’s not what anyone wants, but the ladies deserved more than lazy production and a poorly conceived concept. SNSD isn’t some rookie group struggling for an identity, yet this album sounds like they’re still finding themselves. No point in bringing up the line distribution except to say it was predictable.

Maybe that’s the most unfortunate thing about this album. Does this show us why SNSD has been successful for a decade? Sadly, not at all. If I was a brand new fan, I’d be confused by their popularity unless someone played their earlier work. If I was a SONE, I’d be disappointed that I waited more than a year past their milestone tenth anniversary to receive a weak comeback. I hope Holiday Night isn’t the final definitive mark of SNSD’s career because they deserve an album worthy of their reputation.