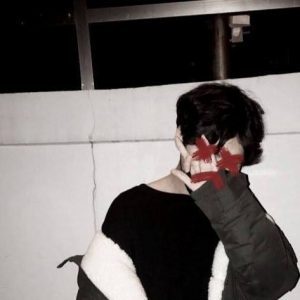 With the meteoric rise of artists like Dean, Crush, and Zion. T, R&B has exploded in popularity in South Korea. As such, and unfortunately as with all things that suddenly become on-trend, the genre has tended to stagnate in a rut of extra drippy vocalists and/or uninspired composition. As it continues to grow in popularity, I’ve been hard-pressed to find artists that actually manage capture both the depth and nuance of the genre.

For the past year, he’s been creating music that incorporates my favorite aspects of R&B with a waviness that gets me every time. With the release of “So Faded” last year, he found himself thrust headfirst into the consciousness of both producers and fans of honest-to-goodness music. He not only managed to integrate a level of the new-age in his brand of R&B, he stayed true to the roots, bringing true soul and romance into his sound — a sway and bend that does aurally what a soft caress does the skin of a lover.

It would be easy for Bevy to become complacent. After all, he’s got the sudden upshift of the genre’s visibility in South Korea to back him up. No one but those who truly love R&B would begrudge him his basking in the extended glow of its fifteen minutes of shine (call me cynical, but I err on the side of skeptical when it comes to the attention spans of those suddenly immersed in a genre because of a few popular artists). However, in the year that he’s garnered his bit of notoriety, he’s worked on fine-tuning his craft, adding layers, new textures and colors to what is already a pretty multifaceted sound.

His most recent release, “Polaris,” is testament to his desire to discover new ways to produce his music. Though no stranger to more dance-laced R&B (see track “DD” or “New Phase,” another collaboration with producer GiiANA), “Polaris” is immediately recognizable as something new in the artist’s repertoire. His use of a multi-tiered drum, compliments of a classic 808 drum machine, coupled with arpeggiated chords while simple does mean that his music has an added level of depth. He’s managed to make what could be a simple summer dance track into something both hypnotic and heady, like a thick heat after a summer storm.

I’m not sure what direction Bevy Maco will take his sound in the future. But that’s sort of the point, isn’t it? At the moment, he’s content to keep experimenting, keep learning. In the past few months, he’s been diligent about posting snippets of his songs to his Instagram, letting fans of his music take a peek of his creative process. Though he’s done a bit of late-summer cleaning (opting more for sharing via his Twitter account), the fact is he’s hungry — eager to improve and broaden his musical scope. One only hopes that he’ll continue to bring more of that to the R&B scene in South Korea, adding himself to the list of artists truly trying to take the genre to new heights in the country.