Dreamcatcher Are All Flash and No Substance in "Prequel" 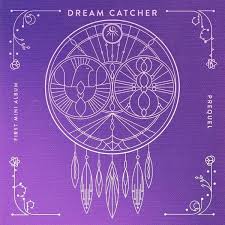 Ever since their debut, Dreamcatcher has gained attention from their dark, horror-esque image and rock-influenced sound; landing on the Seoulbeats mid-year rankings for one of the best debuts of 2017. As such, their first mini, entitled Prequel, had high expectations. And, honestly, it’s hard to say if those expectations are met.

Dreamcatcher certainly gets marks for venturing outside of the designated safe zones of the K-pop landscape. In a musical world full of synth-pop, electropop, house, and hip-hop, their J-rock-inspired music is a breath of fresh air. And that’s coming from someone who likes the current landscape. But it’s easy to be fresh and out there for one song; an album– even just a mini album– requires more effort; which is where Prequel starts to run into trouble.

Prequel, without a doubt, does not sound like anything in the K-pop mainstream. “Fly High” and “Wake Up” have driving guitars and actual drums to provide powerful punctuation to their musical phrases, all matched by Dreamcatcher’s powerful vocals. “Sleep-walking” is certainly the album standout, mixing intense synths with audio distortion and a vocal line filled with forced calm. It’s misleadingly mellow, with a downright sinister undercurrent that grabs the ear right at the first listen.

But that’s only the first listen. Sadly, repeated listens do not bear out that positive first impression. By listen five, everything begins to lose its sparkle; by listen twelve, Prequel turns forgettable and bland. Sure, that luster remains if you don’t listen to a lot music outside of pop. But if you do, when the shine wears off, it becomes more and more clear that there is not a lot to Dreamcatcher’s music.

To be honest, I don’t listen to J-rock. I don’t listen to a lot of rock, period. I’m all about pop rock, pop punk, and power pop. And yet, even with my shallow, pop-colored knowledge of modern rock, I’m annoyed at how shallow Dreamcatcher’s foray into rock is. The guitar, the drums, the minor chords, the rougher vocals; they’re not the obvious steps away from the mainstream, they’re the only steps.

The guitars that make such an impact on “Fly High” and “Wake Up” are painfully underutilized. There are 20 seconds of guitar solo across the entire album, and no real chance to build to something rough and raw. “Wake Up” becomes especially frustrating on repeated listens, where it becomes clear that the guitar is used in place of a synth line, only the notes are so close together that every one sounds cut-off and half-finished. The fact that Prequel lives and dies on pop chords just makes everything more aggravating. Kara had multiple metal-influenced singles; you can get out of the pop chords and still make pop music. 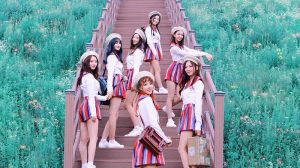 The more synth-influenced tracks suffer even more. Album opener “Before & After” is creepy, but after the eerie effect of the minor chords wears off, it’s just another synth track. “Sleep-walking” probably holds up the best, but once the realization that the chord that forms it’s foundation is a dead ringer for Ellie Goulding’s “On My Mind”, a lot of it’s power is gone.

The fact is that Prequel  is a lot of flash and very little substance. The chorus of “Fly High” is one you’ve heard a thousand times, “It’s Ok!” is another perfectly generic ballad.  When the shiny effects wear off, when the guitars become normal and the ear acclimates to the rougher vocals, all that’s left is perfectly competent pop music. Not bad, not great, not memorable. Suddenly Dreamcatcher’s knockout aesthetics make much more sense, because that’s what makes them pop.

At the end of the day, how much you like Prequel depends on what your musical palette is. If you listen to predominately pop, then more than likely enjoy this. But if you’re at all familiar with the styles Dreamcatcher is pulling from, all it will do is make you want to listen to the real things. It’s just disappointing for a group with such a unique concept to have such ordinary music.