VAV Finds Safe Release with "ABC (Middle of the Night)" 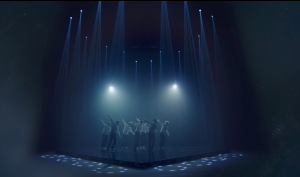 VAV turns to the tropical house genre and mixes it with a 90s influence to make a simple, but effective single in “ABC (Middle of the Night).” It’s the third stand-alone single of 2017 by the group and A Team Entertainment. It’s also an appropriate summer release that exhibits the group’s cohesive choreography and fluid music. “ABC (Middle of the Night)” hops on the tropical house trend without overdoing the song with over-saturation. While the song won’t drag in many new fans, it’s a simple crowd pleaser for long-time VAV fans.

VAV jumps straight into the tropical house from the get-go — blasting beats with the boys dropping their 90s boy-group moves on a floating space stage. Planets surround the stage, almost like a battle stage in a fighting game. It’s a questionably designed set since it’s so obviously filmed in front of a green screen. There are small planets orbiting the stage making the boys look larger than life against the deep space backdrop.

The video is vibrant with a really cool use of set design, texture, and shapes which begins with a woman walking through a white room with textured strings hanging from the ceiling. Throughout the video, there are delicately crafted scenes including extensive greeneries and plants. They also make use of diamond dishes and future-pop set design through the metallic bar scenes, massive planet-like balloons and an orange wall with a sponged texture.

The song glides through gentle melodic verses but drops most of the tropical house for following the intro of the song. Instead, while the boys dance on their space stage, the lyrics depict a rather cheery future-90’s song with modern influences about spending a dreamy night together with a lover. The highs of a bright chorus perhaps a flashback to the 1970 hit by the Jackson 5, “ABC.” And also relate to the prime days of groups like N*sync in the U.S. The chorus lyrics associate the boys with a calm and relaxing night with a loved one.

Til the middle of the night

You and I, holding hands together, baby

Follow the stars, and fly as many times as you want 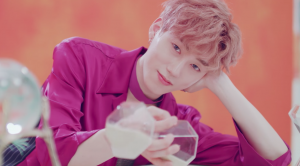 Overall, the video seems to lack cohesiveness. The stage in space seems a bit odd and doesn’t really fit into the video. There are sudden shifts from a space stage that looks almost like something out of a video game all the way to the gentle scenes of a woman walking through a white room with hanging colorful strings. The lyrics of the song denote spending time together during a starry night; but the set design just doesn’t work together the track.

Instead of this obviously digitally created space scenery, a walk with the loved one through an isolated area with a clear night sky would have been better. Perhaps it would have been difficult to create a stage in that scenery, but the video would have been more cohesive if they had gone a different route. It also doesn’t help that the lyrics of the song are so pleasant and enjoyable and watching the MV, it feels like there was definitely more that could have been done to make the concept more fluid. 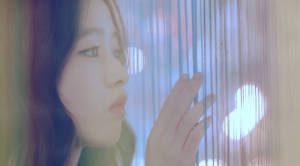 Despite the thematic holes in the video, overall, it’s a very well-designed release. The music is easy to listen to and has catchy peaks in the chorus. The video is very pleasantly designed outside the space stage and the dancing is fun to watch throughout the video. The use of texture and light refractions in the video is perhaps the best visual aspect. It’s a safe release for the group, but it doesn’t push their boundaries any further.